WATCH: All change in Dunmurry as mosque calls faithful to prayer 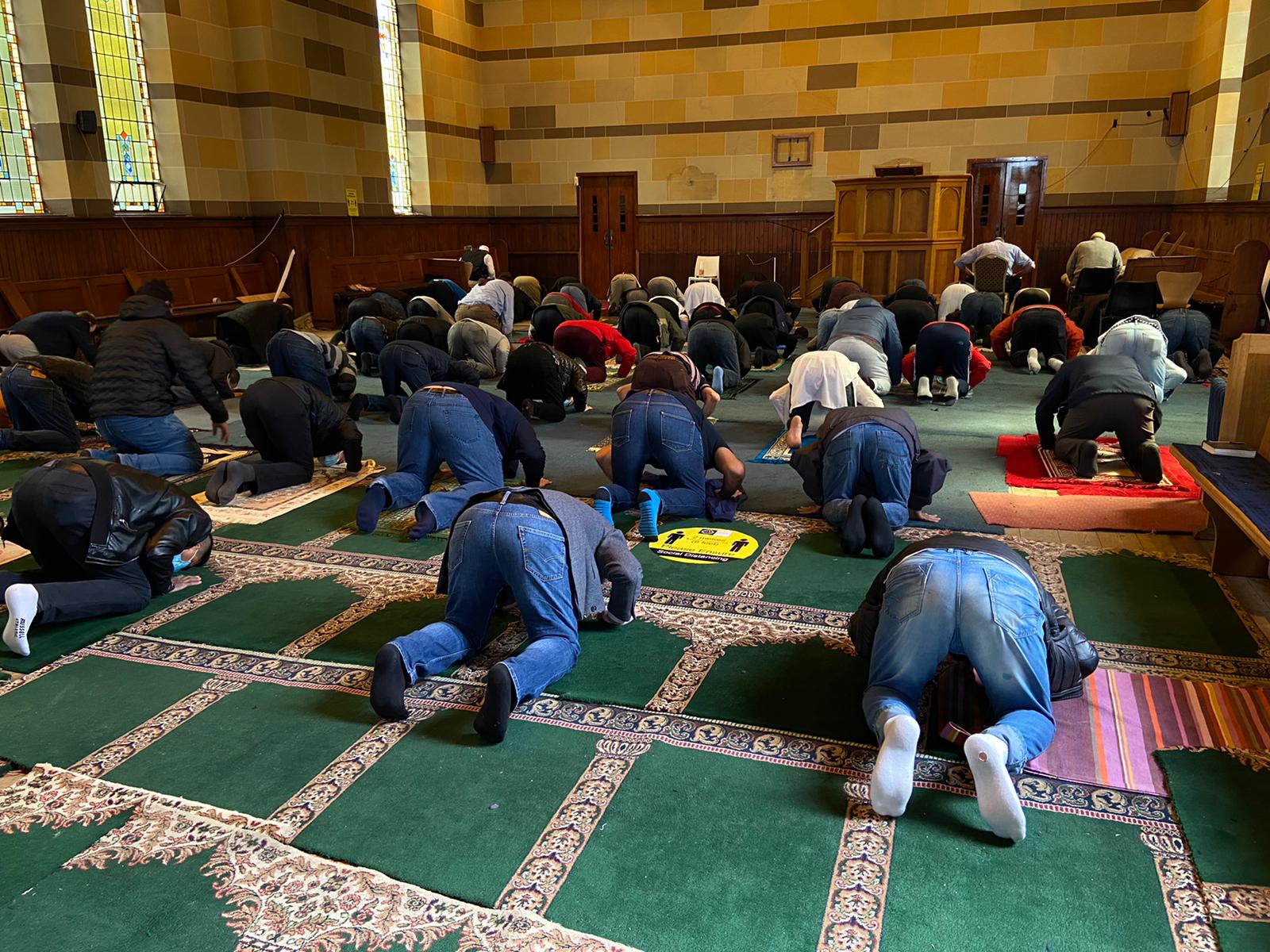 JUMU'AH: It is compulsory for men to pray in congregation on a Friday.

THE recent opening of a halal supermarket in the heart of Dunmurry village is another sign of the warm welcome that has been given Muslim newcomers to the district on the outskirts of West Belfast.

And behind the increasingly popularity of Dunmurry for Muslim families — including refugees from war-torn Syria — is the opening of a new mosque in the area. Though acquired in 2018, it's only now as Covid restrictions ease that the mosque, effectively closed since March of last year, has been able to come in to its own as a community hub.

Now, with Ramadan underway - the approximately 30 days of fasting marking the most important feast in the Islamic calendar — imam Jamal Iweida says the relaxation of the pandemic protocols couldn't have come at a better time.

Originally from Palestine, Jamal has been living in Belfast for over 25 years and previously served as President of the Belfast Islamic Centre.

“This building was originally built in 1860 by the Presbyterian church and it served as Dunmurry Presbyterian Church before it was put on the market in 2009," he explains. “We bought it about three years ago and converted it into a mosque."

The Belfast Iqraa School which operates the mosque was originally established as a school in South Belfast to teach Arabic and Islamic education to children in the Muslim community.

The group decided to buy their own venue and had their eyes on a building on the Falls Road as they felt that they would be safe and welcome in West Belfast. However, when it went on the market, they were outbid. When the Dunmurry opportunity came around, the community was determined not to be outbid again and, after raising money from supporters, secured the property.

“Our project is a Masjid Mosque and community centre as well as a school for children and adults where we teach about Islam to Muslims and non-Muslims alike,” explained Jamal.

And the imam says the importance of the holy feast of Ramadan to Muslims can't be overestimated. “Muslims have what we call pillars of Islam which are practical things to do. The fourth pillar is fasting during the month of Ramadan. Every year we have to fast during the month of Ramadan which could be 29 or 30 days depending on the Lunar calendar. As it is a pillar of our faith, it is very important for Muslims to fast from dawn to sunset. That means no food, no drinks and no relations between husband and wife.”

The dates of Ramadan are decided by sightings of the moon, explains Jamal. "The lunar year has 12 months but the length of the months is different from the solar year. This is because in the solar year you have 30 or 31 days whereas the lunar year has 29 or 30.
In the lunar month the moon goes around the earth in 29 days plus so some months become 29 days and some become 30 days.

“We don't know the real start of Ramadan until the night before when people will be watching the moon."

And the end of Ramadan is decided in the same way. "On the 29th day of this Ramadan, we will be watching other Muslim countries. When they announce that the moon was sighted then we will  announce that the following day is Eid. If the moon isn’t spotted on 29 day then we will fulfil the 30 days of fasting and after that we have Eid. On the day of Eid we have a massive prayer and all Muslims will try to come together in prayer.”

Muslims break the fast each day with the Iftar celebration.

“Immediately after sunset we break the fast. It is tradition to break the fast with some dates and water or milk. This is the tradition of our prophet, peace be upon him. Dates are very important as they give the body an immediate release of sugar. We then do our evening prayer and after a few minutes the sugar comes into your blood and you don’t feel very hungry. After fasting for a whole day, if you just eat any food and you don’t take a break you might eat too much and defeat the purpose of fasting itself.”

“Our sunset prayer is prayed about five minutes after sunset and our night prayer is roughly two hours after that.

“What is special about Ramadan is our night prayer which is roughly around half 10. We make it very long and instead of taking 10 minutes we might pray for one hour."

Jamal stressed the importance of giving to others during Ramadan. “Charity is the third pillar of Islam. People give charity all year but during Ramadan they give more. We believe that if you give during this month, then the reward is multiplied.

“There is also a special Ramadan charity called Zakat al-Fitr and every single Muslim must feed a poor person this month. For example, if you have 1.5 billion Muslims in the world, they will be providing 1.5 billion meals this month. Here in Belfast, we calculate that to be a donation of between five to seven pounds per person.”

Lockdown meant the building was closed for several months but Jamal is hopeful the faithful will return to the mosque as restrictions ease.

“Because of social distancing we have a reduced capacity in our mosques," he added. "By the grace of Allah, as we have a big hall in this Masjid, we can social distance and take more people.” 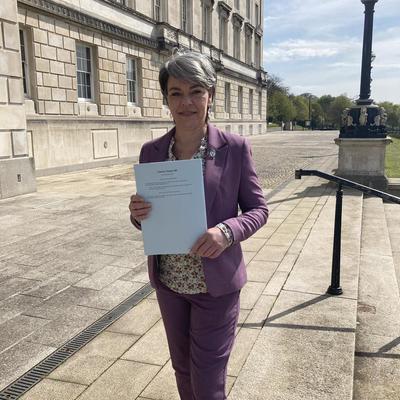 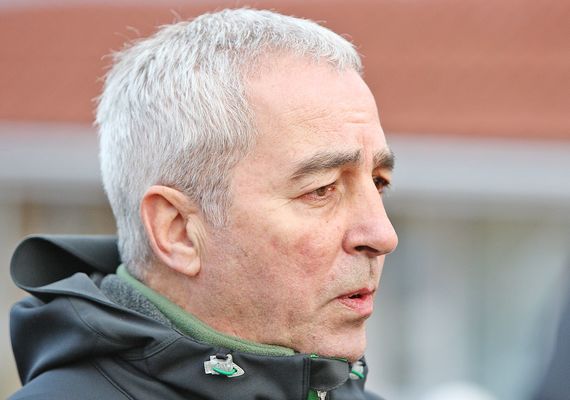 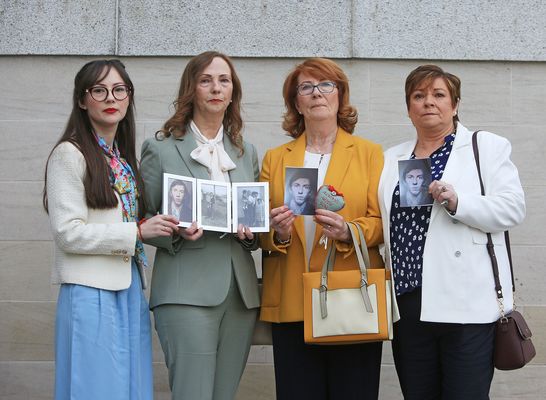