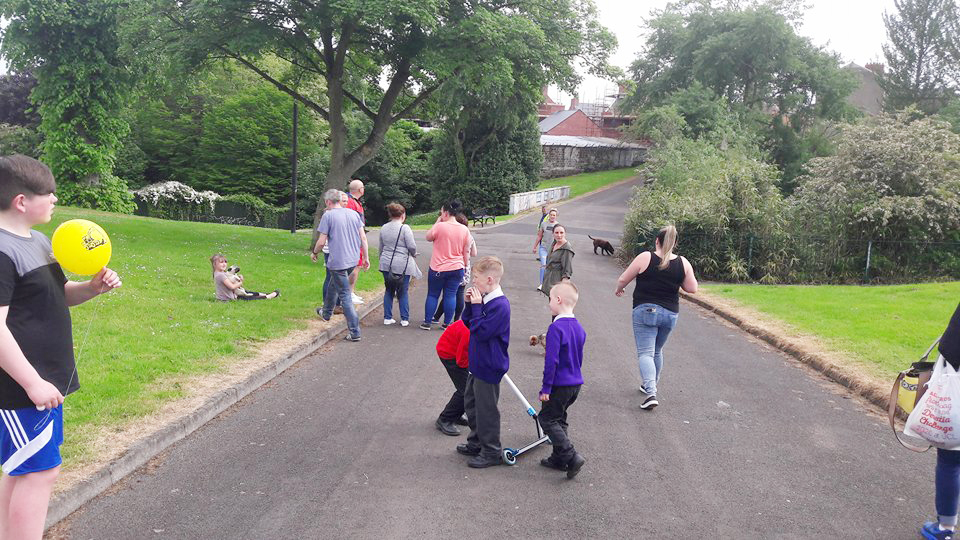 CONCERNS have been raised after needles and other drugs paraphernalia were found close to Alexandra Park.

The items were discovered at a house under construction in Parkside Gardens, close to the Alexandra Avenue entrance to the park last Monday afternoon.

This reporter and our photographer witnessed a deal taking place in broad daylight when we arrived there. We aren’t using the pictures we took for legal reasons. A number of dealers were hiding in bushes and emerging to make deals – probably after being contacted by phone.

One local told us: “There is a fella on a bike who is selling heroin to people in the park. You will see a group of people waiting on him coming to get the heroin yet the PSNI Antrim Road station is just 200 yards away with cameras facing the park.”

Suspected heroin dealers have also been spotted in the popular Waterworks park in recent weeks.

Local residents recently gathered in the park in an attempt to reclaim it for the local community.

Kevin Murphy from the Greater Newington Residents’ Association said it was a show of determination by the local community.

“Parents are worried after the recent needles find earlier in the week,” he said. “They are very concerned because so many kids use the park.

“It’s a bad state of affairs. There has been so much money invested in the park over the last number of years. Heroin dealers and needles being discovered was the last straw for local residents.”

A PSNI spokesperson confirmed the discovery of the items on Monday afternoon.

“Police received a report that a number of needles and other drugs paraphernalia had been found in a building under construction in Parkside Gardens in North Belfast on Tuesday morning (May 23). The items were removed and police enquiries into the incident are continuing.”