LIAM MURPHY: A parting glass for wee Pete and Paddy 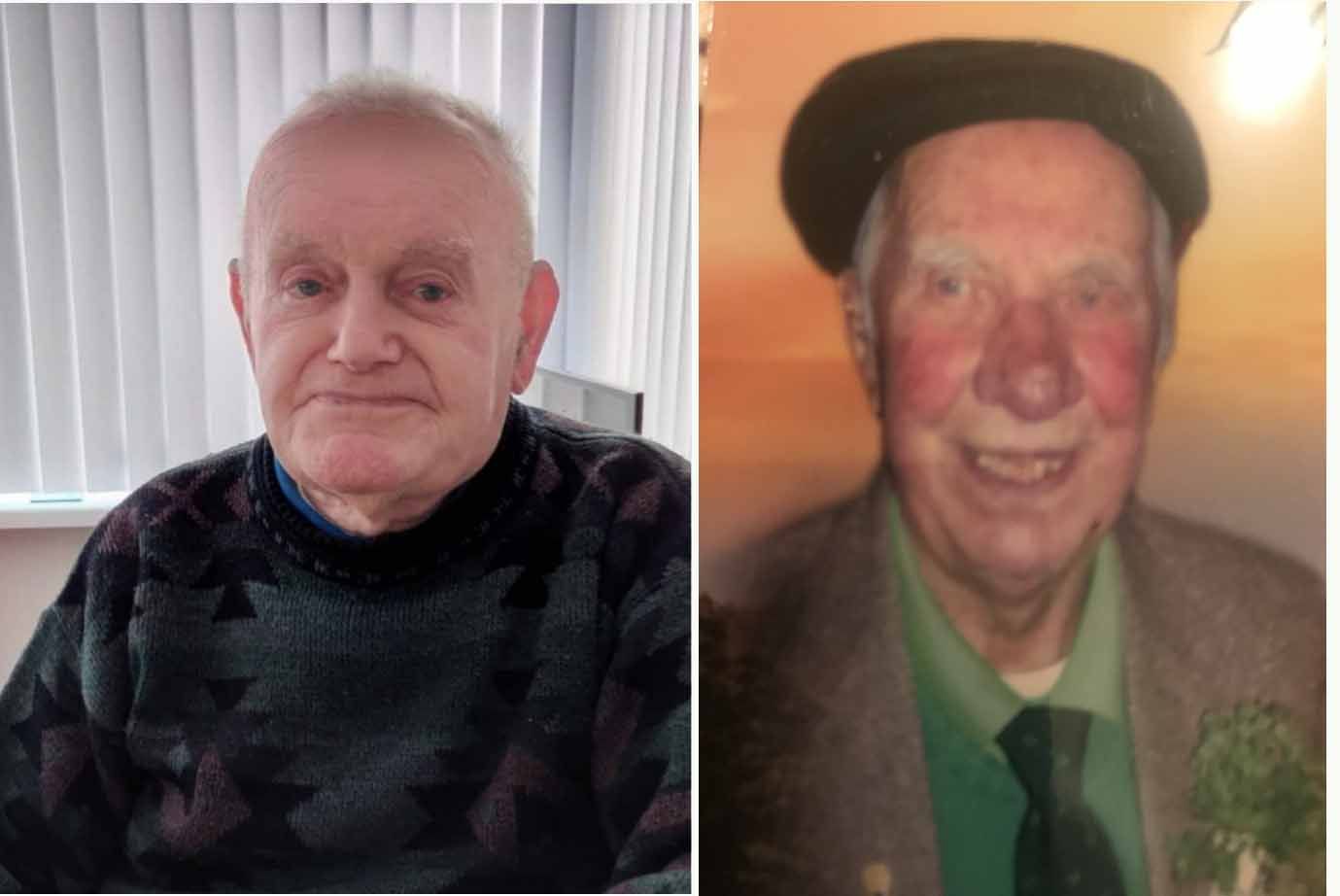 CHARACTERS: Wee Pete McKernon and Paddy Duffy have passed away within 15 months of each other

PETER McKernon passed away last week. Aged ninety three years. Wee Pete, as he was affectionately known, was one of the best known faces in Glengormley. Born and reared in the district, nobody (except possibly his best friend, Paddy Duffy) knew more about  the history and people of Glengormley than he  did.

As the new school building was nearing completion at St Mary’s on the Hill in 1970, building contractor Harry Keenan was showing PP Shaun McCafferty round. He was delighted with the state of the art building and he said to Harry: “Now I've got to find a caretaker to look after all this.” Harry pointed over to his left and said: “Look no further. That’s your man.”

Peter was caretaker for over twenty years and then became lollipop man for another twenty, retiring from the road crossing at the ripe old age of  eighty-six. Wee Pete had an easy going manner and never forgot a name. He knew every child who passed through the  school and kept in touch with them afterwards. At his funeral a man came up to me and said” “I was speaking to Pete about three months ago. I couldn’t get over him remembering my name but I was astounded when he told me that he remembered my da’s first day In school. He remembered him bawling his head off.” He had a great memory.

In the early 1970s I remember standing at the back window of the Bellevue Arms, which looks down to the shore of Belfast Lough and is now a blaze of light. Manus Keane, Paddy Duffy and Pete used to meet up on a Saturday night and reminisce. All three men lived to be over ninety and they had some stories. Pete told me that night that he remembered looking out that window one night in 1948 and he spotted the first street light in Holywood across the Lough. ”Aye, that was the first night Duffy told the story about Lizzie McRoberts,” joked Peter.

It was inevitable that he would have to tell the story again and taking a good gulp of Guinness he began.

“ If I heard this once, I heard it a hundred times from my grandfather.”

Paddy had been reared in the now deserted village at Whitewell with his grandfather.
He told us: “Away back in the 1920s just after I was born there was a court case in Belfast which set the Whitewell alight. A fella called Robert Martin had been a lodger with the McRoberts family and he got close to their daughter Lizzie. Then one Monday night at a dance in the Fountain Hall in Greencastle he asked her for a dance. She refused him and he hit her on the face with his cap.

“At that time they came to Greencastle and Glengormley on the trams in droves.”
After the dance, which ended at 10.30 pm, she went up the Whitewell Road with John Watson. As Watson was leaving Martin arrived and Watson said to him, “Come on Ginger, are you coming home?” Martin told him he was going home with Lizzie. She said he was not.

When Wee Pete prompted him Paddy told us: “She told the court that he said he had a wee thing to tell her. She said to hurry up and say what it was. He put his arm around her neck and she felt his hand fumbling at her jumper and when she put her hand up she got her finger cut with what seemed to be a razor. She then found that her throat was bleeding. She screamed and ran away.Two boys found her and took her to the doctor who dressed her wound.”

Martin was arrested and appeared in the Custody Court. He was remanded for a week. At the second hearing he collapsed in the dock as Lizzie McRoberts told the court that he tried to cut her throat on the Whitewell Road after a dance in the Fountain Hall and that three weeks earlier he had threatened to shoot her if she took up with other fellows. The case was sent to the Commision Court in Belfast.

Paddy’s grandfather and a few others from the Whitewell were in the courtroom. He said that all the lawyers and the jury were laughing, smiling and enjoying the proceedings knowing the story that Lizzie McRoberts was going to tell in court for the third time. When she mentioned going home with John Watson the judge had asked was he the successor? She told the court she was wearing a ring given to her by Martin but it was not an engagement ring. She said that she never wanted Martin as a sweetheart. The ring was just a present. Answering the judge she said she would take a ring from anyone.

Martin's lawyer, George Hanna MP, then produced a letter which Lizzie had written to Robert Martin.

At this stage Paddy put on his glasses, produced a piece of paper from his pocket and pretended he was reading the letter: “Just a few lines to let you know I got your letter. Well... you seem to be worrying when you can’t sleep or eat. I told you on Sunday I would stick to my word no matter what my father says...”

“What is your word?”
“I do not remember.”
“...so I say to myself he can go to hell. Mother says to please myself. She told my father that she was going down to the Minister so I'm never bothered. So, Ginger, don't worry I'll see you down the Shore Road on Friday night or at Glengormley on Saturday night.
Yours Truly
Lissie McRoberts

Paddy then told us that Mr Hanna said There were forty kisses and SWALK (sealed with a loving kiss). Lessie said she didn't know what SWALK meant nor did she know what ILY (I love you) stood for on the back of the envelope. The judge remarked to loud laughter that she must be the only person in the court who didn't know.

“What did you think he was fumbling your jumper for?”
“I don't know but I didn't think he was going to cut my throat.”
Dr Hogg told the court the cut was almost an inch long and just skin deep.

Martin told the court that Lizzie was his sweetheart. He wanted to go home with her after the dance but couldn't because of her father's objections.He had the razor with him to get sharpened. It was when she resisted that she cut herself.

Amidst the roaring laughter Mr Hanna suggested his client would plead guilty to common assault. The judge thought this an excellent idea and said he must not interfere with the girl again. If there was to be a rapprochement, let her  make the first advance. Martin was bound over for a year and released.

Paddy told us his grandfather said it was the best morning’s entertainment he ever had.
When Charlie O’Kane asked tongue in cheek if they ever got together again Wee Pete said we would have  to leave it till another night as Bar manager Alec Hughes was calling time. We never got back to it.

Now that lifelong friends Paddy Duffy and Peter McKernon have passed away within fifteen months of each other we won't hear any more of their yarns. Between them they had a store of entertainment.  When you had a conversation with him Peter’s parting words were, “May your God be good to you.”

Two men who were great company.


CHARACTERS: Wee Pete McKernon and Paddy Duffy have passed away within 15 months of each other