We’ll not be derailed by latest MoD ‘stunt’ 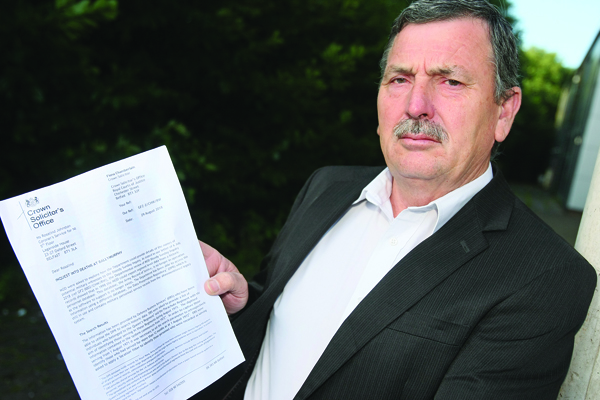 THE Ballymurphy Massacre families have said that the latest ‘stunt’ by the British Ministry of Defence will not derail their much anticipated inquest into the murder of there loved ones.

A preliminary inquest into the atrocity takes place at 2pm today (Thursday) at Belfast’s High Court.
Last week the MoD handed over a database containing almost 5,000 names of former soldiers to the Coroner’s Office.

The Coroner’s Office had been attempting to trace former soldiers who may have been in Ballymurphy during the three days in August 1971 when ten people were shot dead and one died of a heart attack.
However, just days before the inquest was due to begin into the killings 47-year-ago the database containing nearly 5,000 names landed on the Coroner’s desk.

Speaking to the Andersonstown News Ballymurphy Massacre Families spokesperson John Teggart said: “Six working days before the start of our inquest and they (MoD) send this letter, this has been done before with the recent UVF story to attempt to delay our inquest.

“Vital inquest resources are being used up here and that shouldn’t be happening, these stunts are nothing but a waste of time. We would now ask for more resources to be released on the back of this. All they (MoD) are attempting to do here is swamp the system days before we are due in court.

“The families are devastated, we were and still are working towards this date, the Coroner (Justice Keegan) has been very focused in the lead up to this, she is now obliged to look at this list. We hope that it can be done in a speedy fashion.

“We were prepared, we knew it wouldn’t be straight forward, when you’re working with the MoD the resources they have and the dirty deals they’ve been up to all along are well known. They’ve been sitting on their hands this entire time probably thinking they’d pull a stunt like this closer to the time [of the inquest], but to do it six days beforehand is utterly despicable.”

Mr Teggart continued: “Sure look at the UVF stunt a while ago, that was done to take the focus off the Paras and the Queen’s [regiment)] another dirty tactic and I’d be confident that the MoD had a hand in it.

“The UVF certainly weren’t out to help us that time and now the MoD have decided to swamp the inquest.”

Discussing what now needs to happen Mr Teggart said: “We need to remain focused and keep on track, we’ve had setbacks before and we’ve dealt with them, we will certainly deal with this one.

“I hope there will be no delay we have a preliminary hearing on Thursday, the Coroner is demanding an explanation, she wants to know why this database has suddenly turned up and rightly so.

“Our inquest is set to last 3-4 months, hopefully this database can be looked at in line with this time-frame so we aren’t setback.

“When we were given a date for our inquest 18 months ago we clapped in the court, that’s unheard of. You now have good, independent people within the courts, the MoD have seen this so the only way they could try and delay this is with the dirty deals that they are doing now.

“Bottom line is, the families are ready to go, the Coroner is ready to go, all the work’s done, the schedule has been set out, justice needs to be served."