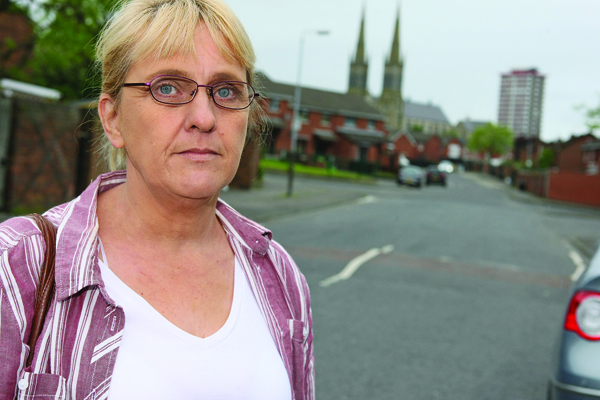 THE LEVELS of child poverty and social deprivation in West Belfast have been branded a “scandal and an outrage”.
Workers’ Party representative Joanne Lowry was speaking after the publication of a report by the United Nations into austerity measures across the UK.
Earlier this year West Belfast was revealed to have the worst levels of child poverty, not only in the city of Belfast, but right across the north, with over 9,000 children living in poverty.
West Belfast MP Paul Maskey said in his view “one child living in poverty is one too many”.
Speaking to the Andersonstown News, Joanne said: “West Belfast has the highest levels of child poverty in Northern Ireland and the second highest in the entire UK. More than 9,000 local children live in homes haunted by poverty. That means families with increasing debts, choices between ‘heat or eat’, teenagers with a limited or non-existent social life and an increased risk of chronic illness.”
She continued: “Children living in poverty also consistently underperform at school and find it harder to get a job when they leave.
“The highest levels of poverty are to be found in the Colin Glen and Falls areas,” she added.
North Belfast follows closely behind the West Belfast statistics with 8,433 children living in child poverty. In South Belfast the figures are just over half of this with 4,270 children affected. East Belfast stands at 4,406.
Research by Save the Children has shown that around 20 per cent of parents in poverty say their children have to go without new shoes when they need them and a large number of children in poverty say they are missing out on things that many other children take for granted, such as going on school trips and having a warm coat in winter.
“The introduction of Universal Credit, cuts to health and education budgets, pressures on community, voluntary and youth services all compound the problems already affecting thousands of local families – many of them with a least one partner working, it is unforgivable,” said Ms Lowry.
“While in Government Sinn Féin and the DUP refused to implement the promised Anti- Poverty Strategy and sent powers relating to Universal Credit to Westminster. As a result thousands of local children and their families continue to suffer a hardship and deprivation that will haunt them for the rest of their lives.
“If there is a more important political priority in West Belfast than addressing child poverty, then perhaps some local MLAs would like to tell me about it.”
Commenting on the report and its findings West Belfast MP Paul Maskey said that the issue of child poverty needs to "reduce and reduce rapidly".
"In my view one child living in poverty is one too many. This is a very detailed report and lists each area in West Belfast and the worst affected.