Where on earth has everyone gone all of a sudden? 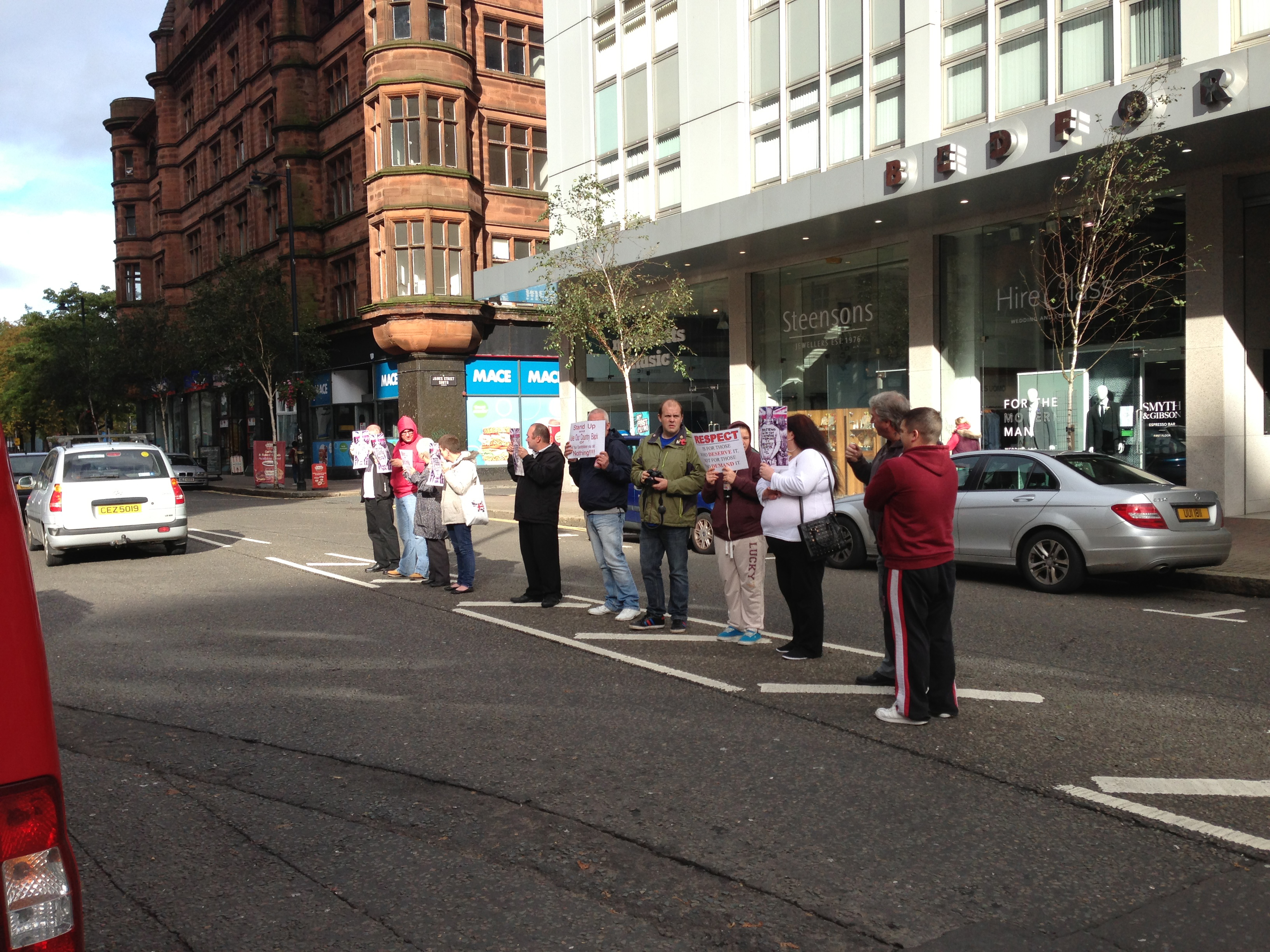 THE Protestant Coalition (it’s PC gone mad!) held a protest outside the Parades Commission office in Bedford Street last Friday afternoon. Squinter’s not sure whether it was about flegs, parades, the past, or what, but sure by this stage it hardly seems to matter any more.

The event, well flegged-up on the internet, was slated for a 3pm kick-off but when the allotted time came, there was only a handful of people milling aimlessly around on an unseasonably warm autumn afternoon. Turned out that handful of people was the protest.

After a few minutes of winking and pointing and nodding and gesturing, a grand total of 11 people made their way rather sheepishly to the middle of the road to make clear their disgust at the latest insult to the Protestant loyalist people of This Here Pravince, whatever that might have been. From the side streets, a small number of Trevors appeared and took up position near the entrance to the Parades Commission building.

The people of Belfast passed by, on foot and in cars, taking a second to rubber-neck this curious and tiny cabal of super-Prods, before hurrying by to get on with the much more serious business of enjoying the weekend.

Well, most likely for exactly the same reason only 300 turned out the next day to march to the Woodvale Road in another failed attempt to get through and wind up the Ardoyne Taigs. And that reason can only be that, despite the relatively large amount of publicity the foot-stomping, dummy-spitting loyalists attract, the vast majority of the Protestant/unionist people, like the commuters of Belfast on Friday afternoon, want nothing to do with them.

And while nobody doubts that a great majority of the Protestant people of Belfast would rather that the union jack went back up on City Hall, there’s not much doubt either by now that the great majority also believe that, far from saving Ulster, the ever-dwindling number of fanatics on the street are doing more than the IRA ever did to destroy it.