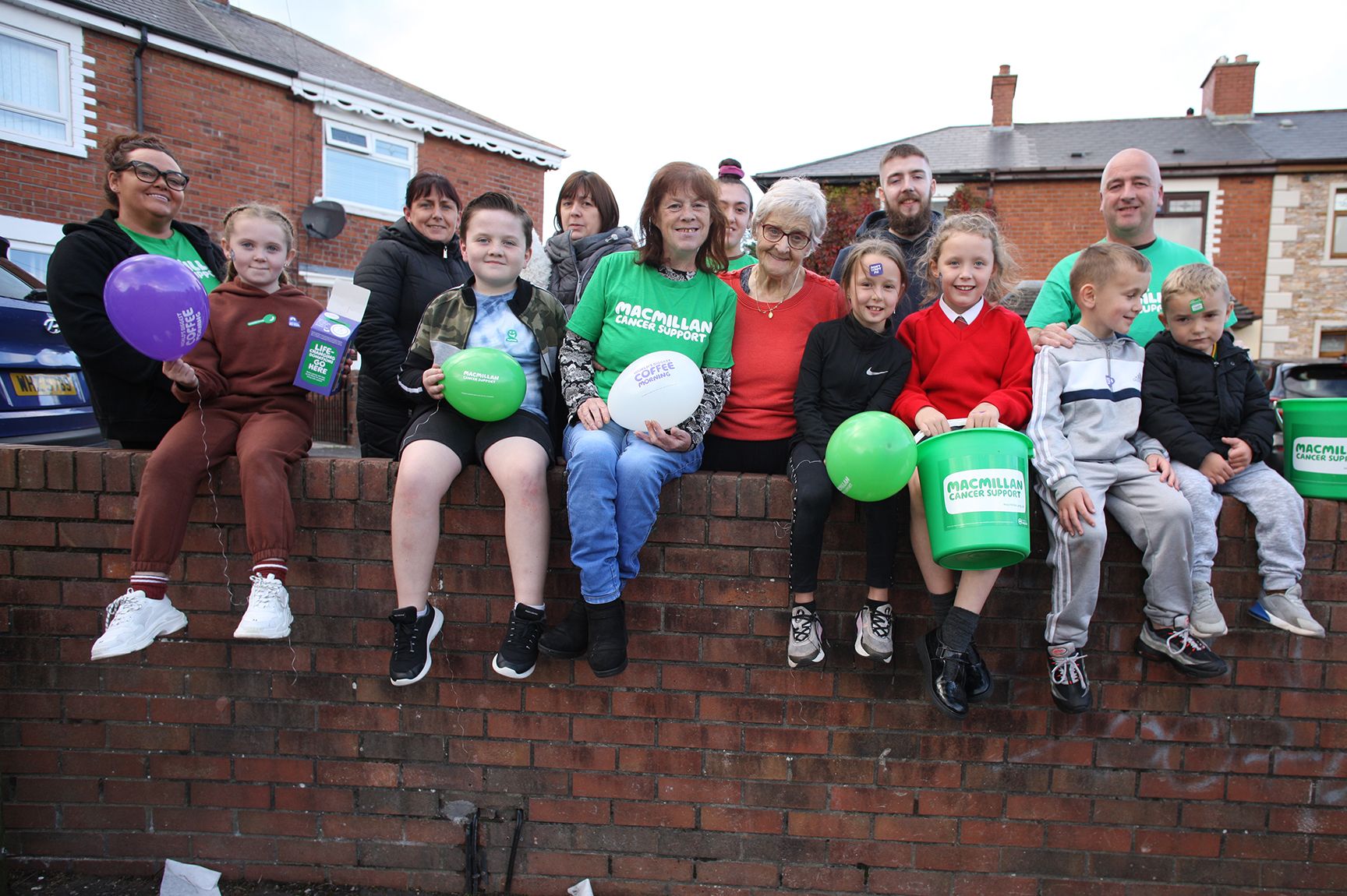 FUNDRAISER: The festivities were brought to an end when the PSNI and Belfast City Council arrived following a noise complaint

RESIDENTS have been left angry after a community charity fundraiser and street party in aid of Macmillan cancer charity was forced to end after a visit from the PSNI and Belfast City Council following a noise complaint.

The annual Whiterock Gardens fundraiser event raised over £2,600 and included bouncy castles, a BBQ and live entertainment but shortly after midnight the festivities were brought to an abrupt end.

Local resident Paul Morris explained that this is the first they’ve had any issues with the event which they organise every year.

“We have bouncy castles, BBQs, face painting and some stalls and later on that evening we had a group playing for the adults," he said. "When that finished we had a radio on to wind things down and keep people entertained.

“We normally finish up around one o’clock so that everyone fades away and there is no trouble but at seven minutes past 12 the City Council arrived with two car loads of police.

“There would have been around 100 people in the street at this time and we feel that they came a wee bit too heavy handed.

“We are not disputing that they had a right to follow up on the complaint but they could have contacted a community rep or councillor and asked for the music to be turned off.

“The whole area is up in arms over it,” he added.

“We do this on a regular basis and we don’t ask for any funding. Even during the Féile we put on a whole day of activities which we pay for ourselves.

“What really annoyed us is that the form they gave us said that the noise was above the recommended level in the occupant's house but they didn’t go into any house. If they are going to enforce the law then be the law.”

Sinn Féin councillor for the area, Michael Donnelly has described the response of the Council and PSNI as “bang out of order.”

Speaking to the Andersonstown News, Cllr Donnelly said: “I was contacted by local residents around the police and Council coming out to their organised charity event for Macmillan.

“There is sterling work that goes on through this Whiterock Gardens committee. They have a fun day once a year and they also arrange this Macmillan fundraiser to raise much-needed funds.

“There has never been a problem and the event is very much supported by us within the community. I get their frustration at the police and Council weighing in on this event.

“A sensible approach would have been beneficial be that a phone call to us as political reps before coming out and basically panicking the crowd as it was bang out of order.”

When we asked the PSNI about their presence at the event they initially told us that they had no record of attending the incident.

Following confirmation from Belfast City Council that they had attended the incident along with the police, the PSNI confirmed that they had been in attendance.

In a statement, a PSNI spokesperson said: “Police received a report of anti-social behaviour at Whiterock Gardens in West Belfast on Sunday 26 September.

“At approximately 12.30am, it was reported that a number of people had been causing a noise disturbance at a house.

A Belfast City Council spokesperson added: “A complaint was received via our noise hotline about loud music from a street party. The Belfast City Council noise team attended with the PSNI and a Warning Notice was served, advising the party to reduce the noise to a suitable level.”