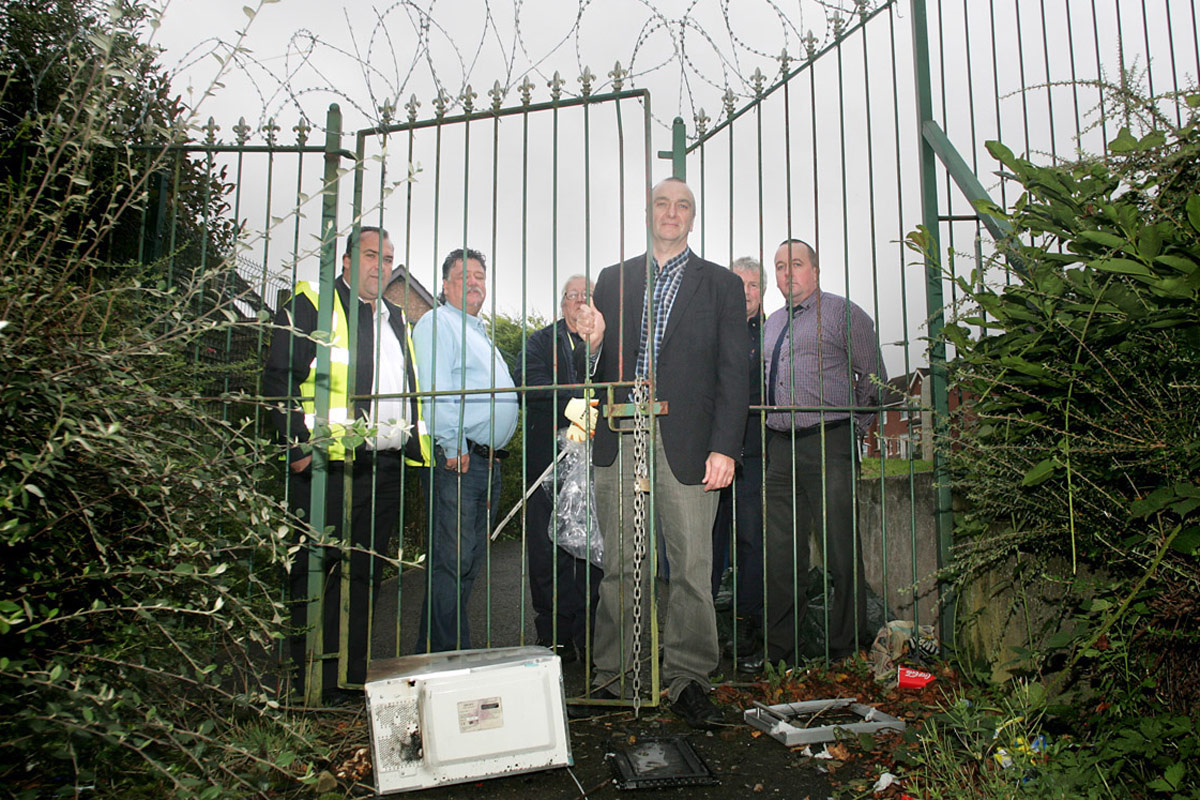 AN EYESORE pathway in a Glengormley estate that’s been attracting gangs of drinkers and fly-tippers is to undergo a major clean-up in an effort to curb the problems there.

The alleyway – which connects Mayfield Road and Hollybrook Crescent – has become overgrown and is being used as a gathering point for underage drinkers. It is also littered with the evidence of illegal dumping – the site was strewn with household rubbish and discarded electrical goods when the North Belfast News visited this week.

Newtownabbey Sinn Féin Councillor Gerry O’Reilly has met with Council officials and police with a view to clearing the walkway and he’s secured an undertaking that the work will be done. The path been closed until further notice and local residents are being asked to make their views on its future use known by contacting Roads Service.

“Our immediate concern was that young people were gathering there for the wrong reasons,” said Cllr O’Reilly.

“I have attended a number of meetings with both police and Council officials and the attitude has been very much a ‘can-do’ one. The walkway will now be cleared and that is a very positive development.

“We then have to look for a permanent solution, which may mean the walkway being closed permanently, but for now the work that is being done on the site is excellent,” added Cllr O’Reilly.