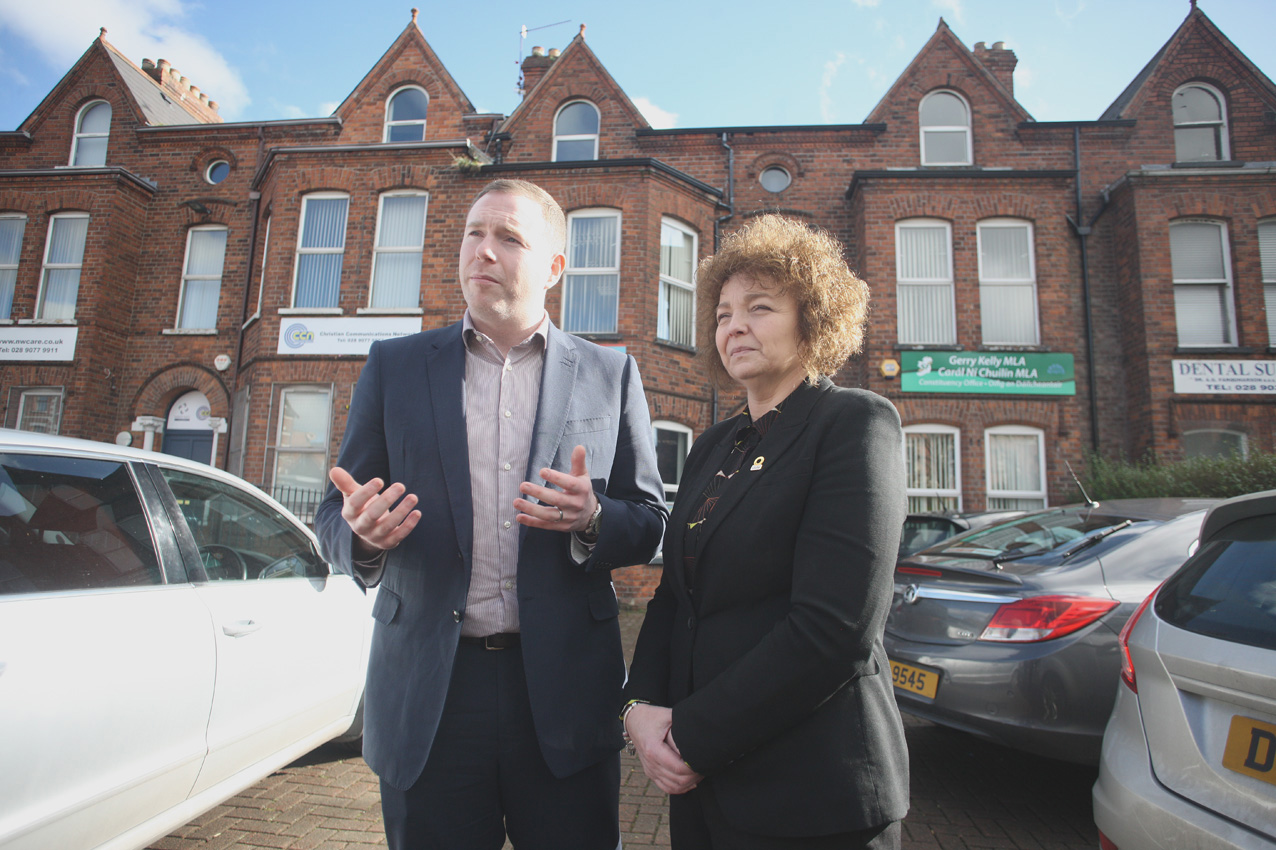 The former Minister for Infrastructure has said he believes that Brexit could spell the end for the York Street Interchange development.

In one of his last actions in office before the election, Minister Hazzard visited community groups in North Queen Street to discuss plans for the huge road project.

“We were down in the York Street area meeting different residents because there will be a 150 to 200 million pounds scheme coming into the area and it’s very important that the community have real benefits from this,” he said.

“Carál Ní Chuilín and our representatives have been to the fore to ensure that the rights of those people who live in the area are respected and this is something that can benefit their life going forward.”

But speaking to the North Belfast News, he said if Brexit were to take place the money wouldn’t be there for the project.

“The York Street project would have been funded through Europe but without guarantees it cannot go ahead.”

Enough funding has been granted to allow the project to be “shovel ready” with a public consultation already completed. Last July the Department for Infra-structure said Brexit had cast doubt on the crucial development.

“Following the outcome of the referendum, the Minister is assessing the likely impacts on his Department, however it is likely to have severe implications for some projects,” said a spokesperson.

Currently, York Street is one of Ireland’s biggest bottlenecks with a series of traffic lights having to deal with 100,000 vehicles a day.