45 years of a West Belfast institution 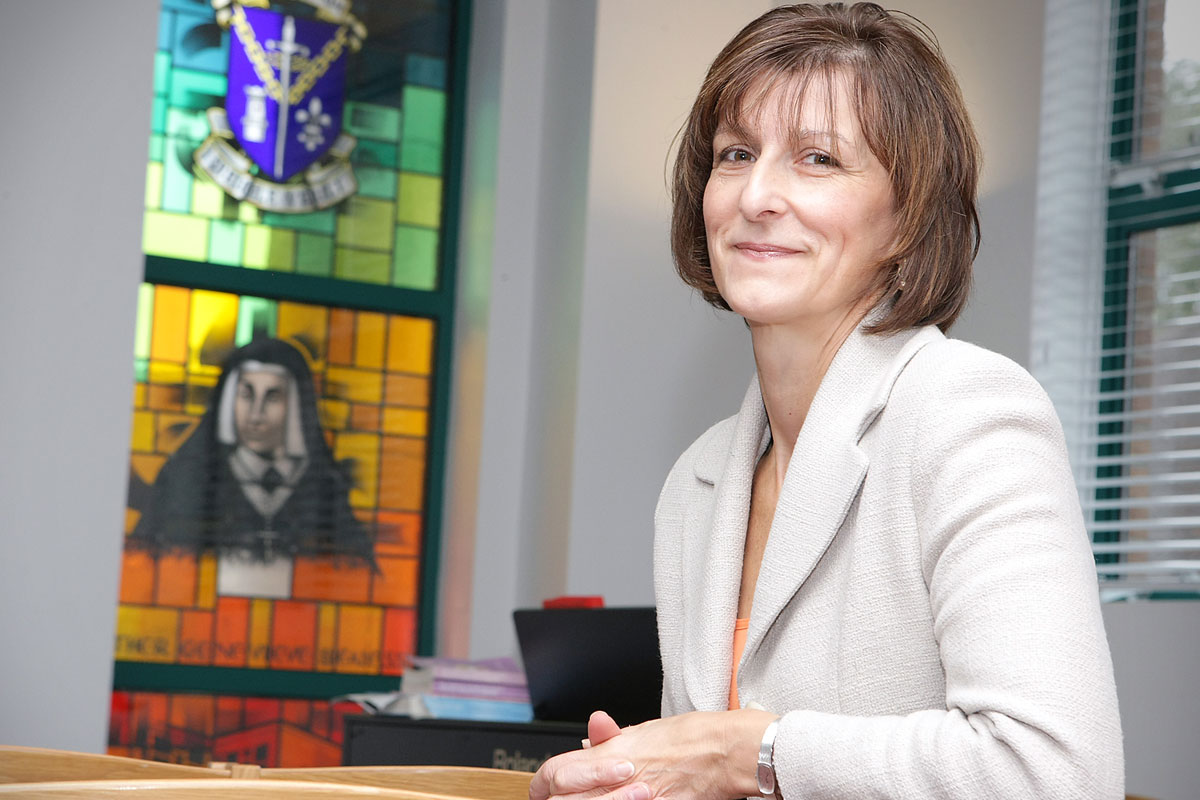 ST Genevieve’s High School pulled out all the stops as they celebrated their 45th anniversary on Tuesday evening. Past pupils, distinguished guests, staff and current pupils came together to mark 45 years of the school’s central place in the life of West Belfast.

Principal Mirella Smith  ensures the school continues to deliver first-class education to students, having first opened its doors on September 6, 1966.

“We first opened with 550 pupils and 26 teachers,” said Principal Smith. “De La Salle opened too, a twin version, on the same site. Thanks to the generosity of the St Agnes’ parishioners and the efforts of the then Parish Priest, Rev Fr Thomas Cunningham, the Andersonstown and wider community were provided with the two new schools for boys and girls. From the outset Sr Mona Lally, our first principal, set high standards for the girls. She decided at an early stage to prepare our girls for public examinations, which was progressive thinking for its day since our school was then a secondary intermediate and as such was considered only to cater for girls who had been refused a grammar place.

“In 1971 the Department of Education gave the school permission to offer A-Level courses in conjunction with De La Salle, this was unique to West Belfast, and it enabled the schools to offer the pupils the widest choices of courses.”

Principal Smith spoke of how the school has had its fair share of trials and tribulations.

“During 1969, at the start of the Troubles, St Genevieve’s was at the heart of what was a  flashpoint area.

“The army took over the school in August 1972 during what was called Operation Motorman. I remember reading that Sr Mona watched in horror as her lovely herbaceous borders disappeared under an avalanche of sandbags. She was told that they would bloom again next year – and this was prophetic as our girls did and have done each year ever since.

“We moved to our marvellous new Trench House site in 2002 and a great debt of thanks is owed to one of our past principals, Geraldine Murphy, and her senior staff for the smooth transition which was managed quickly and efficiently.

“There are some who would say that 45 years is a milestone, but for our school it is a wonderful opportunity to remember the great men, women and girls who make the school what it is today.

“I’m the sixth principal here and we just keep going from strength to strength. The building has changed, our pupils move on to the next stage in their academic careers, but the school’s soul remains the same.

“I couldn’t have hoped to teach at or become the principal of a better school.”