GERRY ADAMS: Agreed way to end the union is clear so what's the hold-up? 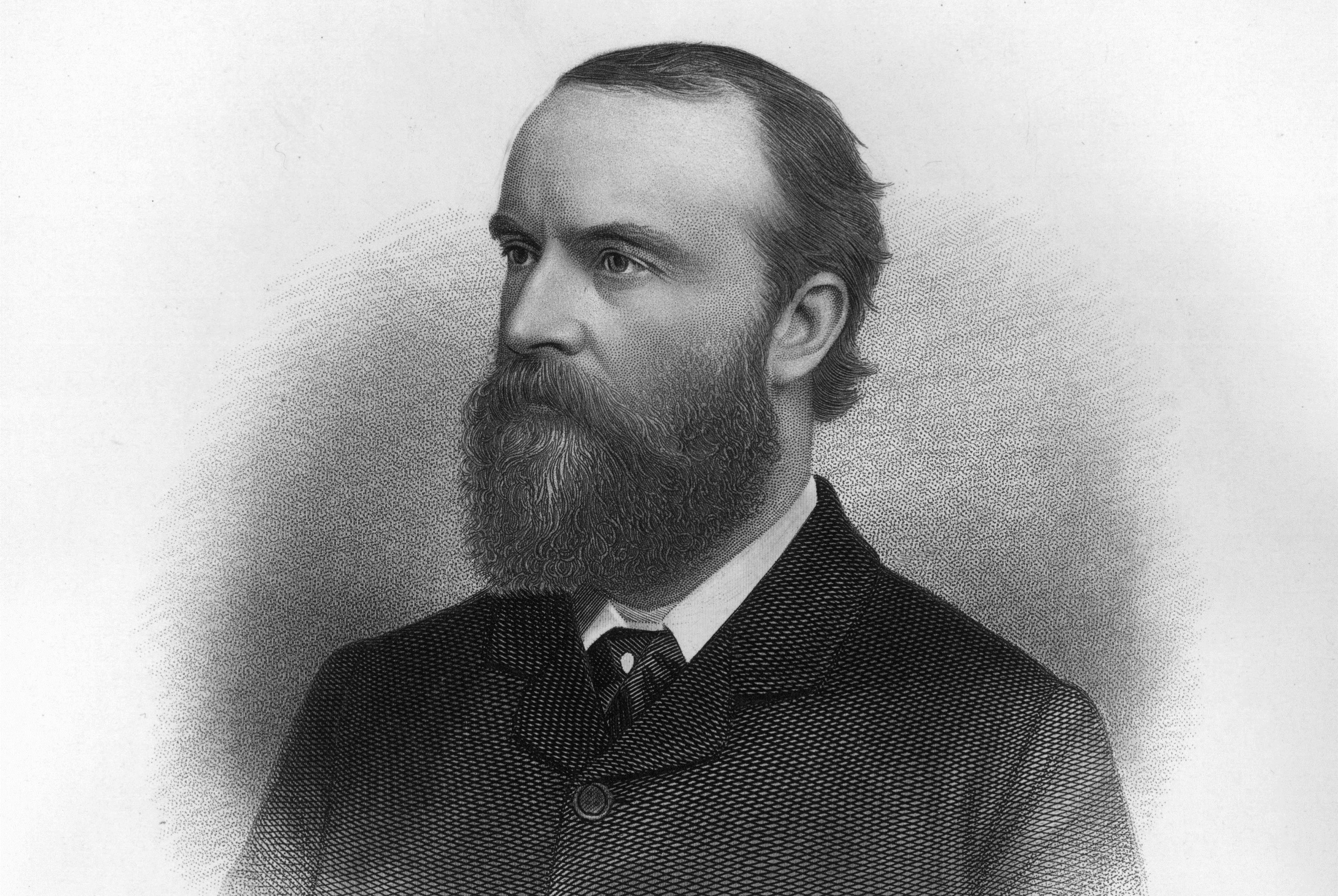 REGULAR readers of this blog will not be suprised by An Taoiseach Micheál Martin’s recent comments on his government’s Shared Island Unit. As we have noted before, Mr Martin is not a United Irelander. But he is An Taoiseach with a constitutional obligation to promote Irish unity and the leader of Fianna Fáil, a party with Irish unity as  its primary objective. So some may think he should set aside his  own narrow, stunted,  personal and unambitious views in order to fulfill his offical duties. And implement the Good Friday Agreement while he is at it.

Surely that’s what a Taoiseach should do?  Nope. That’s not the way it works. As we know Mr Martin is not the first Taoiseach not to promote Irish unity. Indeed he is one of a long line. But this is  to miss the point. I have a certain sympathy with Mr Martin. His predessors had the luxury of wrapping the green flag around themselves when it suited them. They could wax lyrical about the fourth green field. Unity was a vague aspiration. A dream. A line in a song. There was no agreed mechanism to secure it. No agreed way to end the Union with England. Now there is.

Micheál Martin knows this. His party helped to negotiate the Good Friday Agreement. Fianna Fáil signed up to it. Bertie Ahern and the government he led agreed to this. So did all other major parties except the DUP, though they now work that agreement or those  parts of it they cannot block or delay or dilute.

So now there is now an agreed mechanism to end the Union if that’s what the people decide in the Good Friday Agreement. It commits to:

(i)             recognise the legitimacy of whatever choice is freely exercised by a majority of the people of Northern Ireland with regard to its status, whether they prefer to continue to support the Union with Great Britain or a sovereign united Ireland;

(ii) recognise that it is for the people of the island of Ireland alone, by agreement between the two parts respectively and without external impediment, to exercise their right of self-determination on the basis of consent, freely and concurrently given, North and South, to bring about a united Ireland, if that is their wish, accepting that this right must be achieved and exercised with and subject to the agreement and consent of a majority of the people of Northern Ireland;

Even the DUP accept this. But not An Taoiseach Martin. Former DUP leader Peter Robinson, not for the first time,  argued  last week in a Belfast News Letter column that unionists should plan and prepare to win the referendum. Peter Robinson is right. Micheál Martin has no such intentions. But Peter Robinson, mistakenly in my view, does not want the union to end. Neither for totally different reasons does Micheál Martin. That’s why he has no intention of planning for the full implentation of the Good Friday Agreement.

The people of this island voted for the Agreement. It is their Agreement. While the peace it underpins may not be a perfect peace, it is far better than what proceeded it. It is an international treaty. The Irish and British governments are co-equal  guarantors. The  British Government break the Agreement whenever it suits them. They get away with this because the Irish government lets them. So much of Micheál’s remarks in his Shared Island Unit speech about the British Government’s good intentions are nonsense. He knows this. He also knows that because there is an agreed mechanism to decide our future that he does not have the luxury of his predessors. He has not the option of verbalised republicanism. He cannot extol the merits of ending the union and planning a new shared and agreed future together for the people of Ireland for fear he gets the very thing he does not want. A united Ireland.

That is why he has set Fianna Fáil policy aside. That is why  he ignores his own constitutional obligations and the imperatives of his office. And the Good Friday Agreement. That’s why the Shared Island Unit does not mention Irish  unity. Its purpose is to distract attention from that. But, as Mr Martin will find out, that is impossible. He probably knows that already. So his approach is to play for time. To long-finger the necessary planning and consultation that building a new united inclusive Ireland requires. But he has to do something. He says he wants to foster a constructive and inclusive engagement on all aspects of our shared future. He has  launched what he calls The Shared Island Dialogue series. I welcome that although there is no information as far I can see on how this series will be organised or how citizens will participate.

We are told that the  Dialogue series will start next month and that the first Shared Future Dialogue will be ‘New Generations and New voices on the Good Friday Agreement’. So this is progress of sorts. The government has eventually, reluctantly and hesitantly committed to an inclusive, constructive ‘engagement on all aspects of our shared future’.

Let’s see exactly what this means. Let’s make sure this isn’t just another talking shop. Micheál Martin may not want to talk about Irish unity. But he can’t stop the rest of us. Especially if his Dialogue series is really ‘an inclusive and constructive engagement’.  As Parnell said: ‘No man has the right to fix the boundary to the march of a nation. No man has the right to say to his country thus far shalt thou go and no further. We have never attempted to fix the ne plus ultra to the progress  of Ireland’s nationhood  and we never shall.’


‘Hold and stick to the Republic’

This Sunday, November 1, is 100 years since Kevin Barry was hanged by the British.  In recent weeks two books have been published reminding us of the Kevin Barry story.

The first – The Story of Kevin Barry – is a republication of a book originally written by Seán Cronin with a foreword by the legendary IRA guerrilla leader Tom Barry, who commanded the 3rd West Cork Flying Column during the Tan War.

The book was first published in 1965 and has now been republished by the National Commemorations Committee. It has a new foreword by Úachtaran Shinn Féin Mary Lou McDonald.

Cronin’s account is an insightful, deeply moving story of an intelligent, deeply committed young man who embraced the struggle for Irish freedom.

One of Kevin Barry’s last visitors was Father Albert, one of the Capuchin priests who attended the 1916 leaders before their execution. Fr. Albert asked Kevin if he had a last message. He replied: “The only message I have for anybody is ‘Hold on and stick to the Republic.’”

At 8am the following morning Kevin Barry was hanged in Mountjoy jail as thousands prayed outside the walls. And there he lay with nine other republican prisoners who were hanged by the British. The Forgotten Ten: Kevin Barry, Frank Flood, Thomas Whelan, Patrick Moran, Thomas Bryan, Patrick Doyle, Bernard Ryan, Thomas Traynor, Edward Foley and Patrick Maher.

On October 14, 2001 the ten coffins draped in the Irish Tricolour were driven through the streets of Dublin to the applause of the thousands who lined the route. I was very proud to be there with Martin McGuinness. Nine were buried in Glasnevin Cemetery. Patrick Maher was buried in Limerick. They had been finally laid to rest.

The second book is ‘Yours ‘Til Hell Freezes – A Memoir of Kevin Barry’. It is written by Síofra O’Donovan, who is the grand niece of Kevin Barry and is published by Currach Books.

Kevin was an older brother to Síofra O’Donovan’s maternal grandmother, Monty (Mary) Barry. The book is a fascinating account of the Barry family and provides an invaluable insight into the life of Kevin Barry, the events that influenced and shaped his politics, and the courage he displayed in joining the Irish Republican Army and the fight for Irish freedom.

It also contains some anecdotal gems. Síofra O’Donovan relates how Paul Robeson came to record a 12” record of the ballad in 1957.

She writes: “My father related how Robeson came upon the ballad when Peadar O’Donnell and a friend were travelling across America in a car and the tyre burst and out stepped Paul Robeson from a limousine to offer his help.

“One thing led to another, and when he expressed interest in recording an Irish song, O’Donnell suggested ‘Kevin Barry’. Robeson wrote down the words while Peadar sang the melody.” 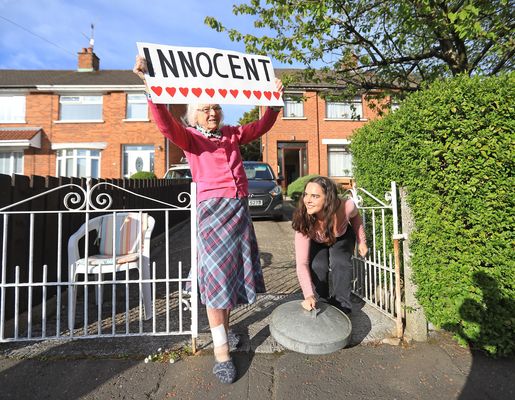 GERRY ADAMS: We are indebted to the courage and resolve of the Ballymurphy families 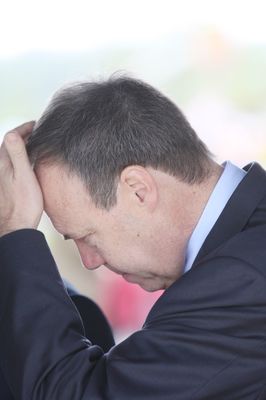 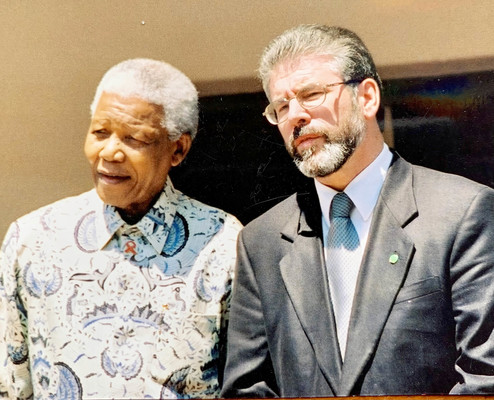