DÚLRA: A timely warning from the North Pole 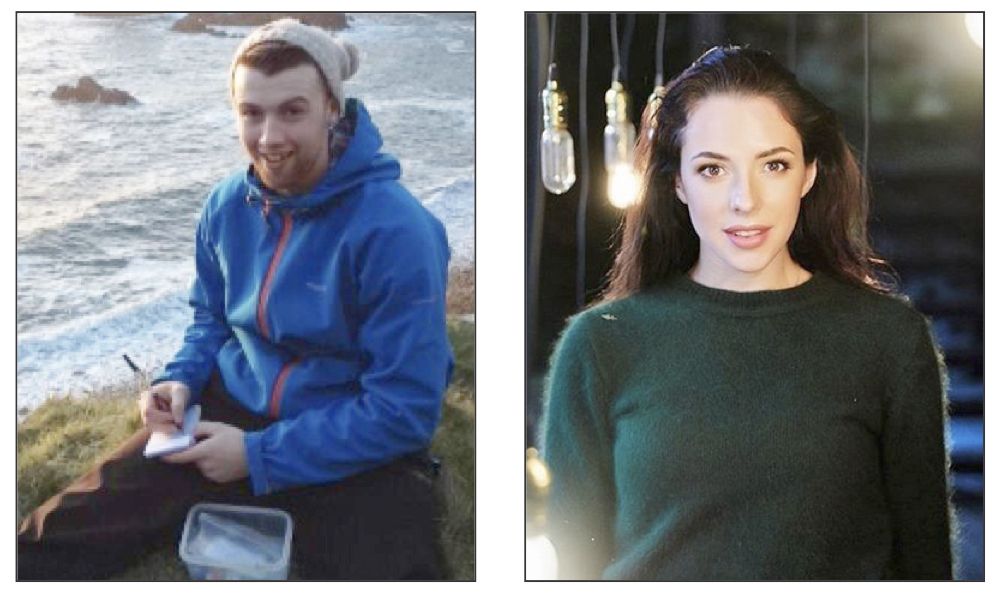 FIND: The strange object and the time capsule that was contained inside; Conor McClory and Sveta Cypress

WHEN Conor McClory went out for a dander along the beach on Sunday, he’d no idea he was about to stumble on something remarkable.

Storm Aidan had just blown out and the keen surfer was admiring the waves along with pal Sophie Curran when they spotted something shiny bobbing near the shore as the tide was going out.

“At first look I thought it was a bomb, then when I saw there was writing on it I thought it might be someone’s ashes so I didn’t want to open it,” he said.

Sophie thought the inscription was in Russian – and asked her sister who has a friend in Russia. A few WhatsApp messages later and it was confirmed.

Conor brought the strange object back to his parents’ house in the hope of discovering what lay inside. His mother wouldn’t let him take it apart indoors just in case – so he and his father got to work in the garden.

“It had four big bolts on each side so it wasn’t easy,” he said.

Conor, who attended Bunscoil Phobal Feirste before his parents relocated to the Donegal Gaeltacht of Gaoth Dobhair when he was six, was amazed what had been packed into the metal tube.

“There were photographs, letters, ship menus and maps. It was a treasure trove. Everything was in Russian but there were two letters in English.”

And those English letters were the key to unravelling an incredible story that sadly is evidence of our decaying environment.

“One of the letters had a phone number so Sophie rang it and a Russian girl answered it.” But not just any Russian. The woman was Sveta Cypress, an Instagram influencer with 800,000 followers. And she revealed the full story of the time capsule.

Sveta had been on board a Russian nuclear icebreaker ‘50 Years of Victory’ – the world's second largest – with other tourists on a trip to the North Pole in 2018. On the way, they stopped and wrote messages, put them in the steel capsule and buried it deep into the ice.

“We thought it wouldn’t be found for 20, 50, maybe a hundred years,” she said yesterday. “And somehow it ends up travelling 4,000km to Ireland.

“I was astonished – I was expecting to be dead by the time it was opened!”
Sveta, who plans to write a book about the excursion, says she is informing scientists about the capsule because it’s evidence that the polar ice cap is melting even faster than we thought.

Conor agreed, telling Dúlra: “It’s important that this is more than just an item of interest – it’s a warning that the Arctic ice is melting fast. It’s a warning to us to do something about it.”

Sveta – who’s visited both North and South Poles – has never been to Ireland, but intends to put that right this summer.

“Sophie said she found the capsule at a surf spot – I’m a surfer also in St Petersburg, as is Sophie.

“Right now my travel plan is to Ireland.”