SCHOOL SPOTLIGHT: A year like no other at Gaelscoil na bhFál 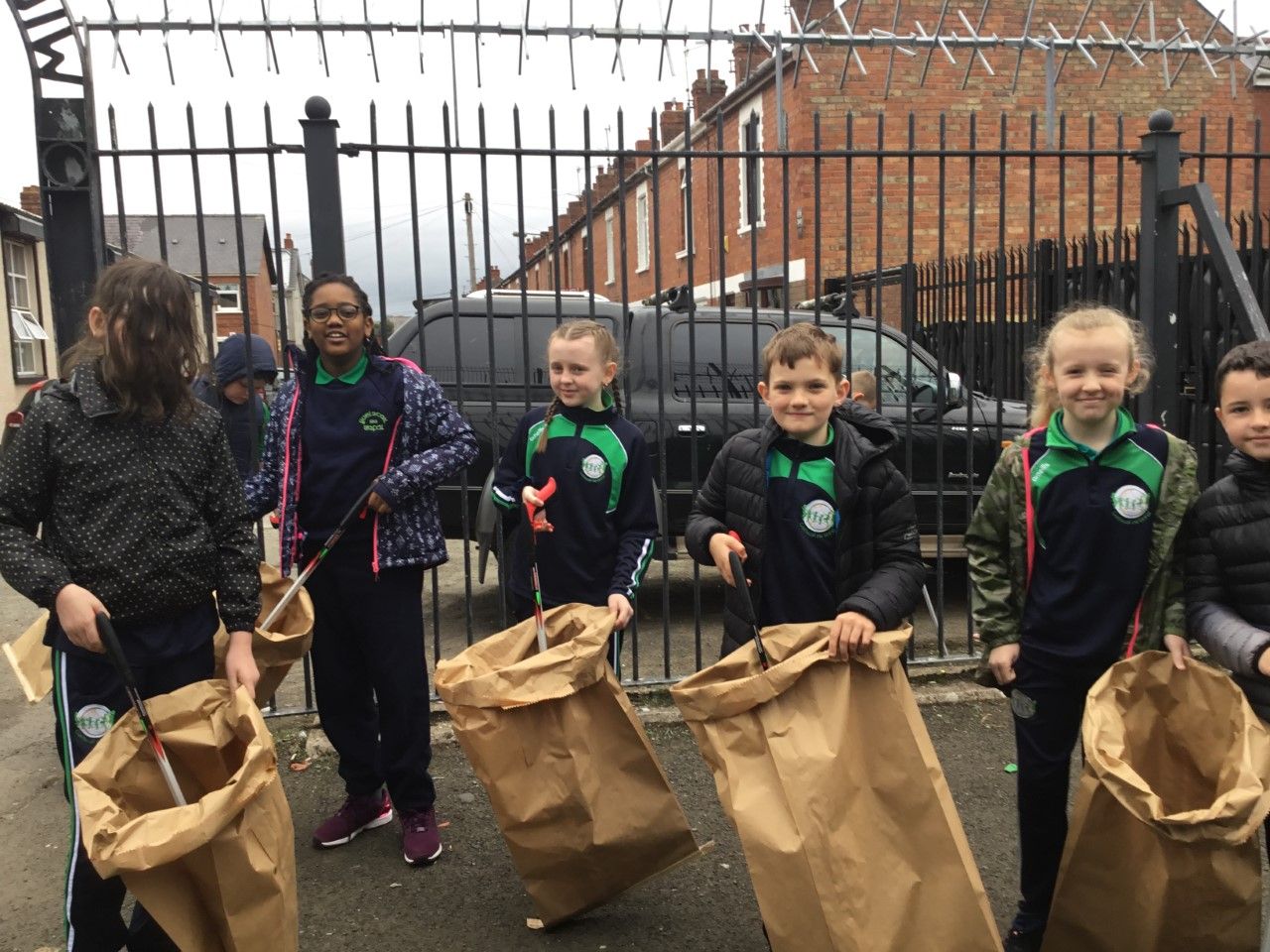 NEW YEAR: Despite the challenges that 2020 threw up, the school community at Gaelscoil na bhFál met them headlong and came out the other side stronger

IN Gaelscoil na bhFál over the past 12 months, tagann an Ghaeilge agus forbairt an pháiste ar dtús, gaeloideachas, the Irish language and children come first.

Throughout the school, teachers endeavoured to make activities as enjoyable as ever. The school's partnership with Páirc na bhFál and Oideachas Faoin Spéir/Outdoor Education continued with classes availing of the Falls Park, Bog Meadows, Willowbank Park and Gairdín na Scoile.

R7 continued with their project work with Tools for Solidarity, working with the charity and learning about Needs and Wants and Basic Needs. In many ways it was an eye opener for the children, and R6 will continue with this project in the New Year.

R5 meanwhile, eventually completed An Chéad Chomaoineach, a little late, but Is fearr go mall ná go brach! R5 also completed the important Fáinne Glas agus Teastas, this award for spoken Irish is an important step for Gaeilgeoirí óga na scoile as they improve and develop their language skills. R6 are preparing for their Fáinne Airgid and R7 are on their way to Fáinne Óir!!

R3 recently took part in the annual West Belfast School Choir event, of course it took place virtually this year. However, it was a wonderful achievement for children so young to be involved in the event.  Grma, Páirtíocht Iarthar Bhéal Feirste!

R3 were the envy of the school, when a generous parent contributed a Pizza Kit for each child and they made Pizzas for Obair Bhaile!! Blasta!

At the Foundation Stage of the school, the nursery staff organised a special Winter Wonderland event utilising their outside classroom, yard and shed. This was a magical night involving light show, scéalaíocht and of course Daidí na Nollag! Language activities and fun based structured play activities continued throughout the year, but R1 and R2 really enjoyed Lá Gheansaithe na Nollag and of course Lá na Gruaige Mire/ Crazy Hair Day! Maith sibh.

Sport for once took a back seat this term, due to restrictions, there was no formal games and competitions between schools. Gaelscoil na bhFál are affiliated to Cumann na mBunscol, Imeachtaí na nGaelscoileanna and BPSFA and the activities were sorely missed by the children and teachers and parents. We hope that there is a return to games, quizzes and everything else soon.

However, Gaelfast continued their excellent work, providing high standard training for much needed kids. Gaelscoil na bhFál will continue with promotion of Gaelic games in the new term and the school was recognised along with a host of other gaelscoileanna for their promotion of CLG and other sports and received Five Star Award from Gaelfast. Maith sibh.
Football training continued within class bubbles and Art and Crafts were also offered as after school activities. Gaelscoil na bhFál have a packed after schools programme offering a wide range of sport, art and drama.

Unfortunately, this year’s R7/6 could not work with other classes in producing a whole school drama production at Christmas. This event is a highlight in the school calendar and the school has a reputation for drama and plays built on the legacy of Áine Andrew's own love for Performing Arts.

Key Stage 2 children, however, produced slightly bigger shows and had the opportunity to work with Meon Eile and Padraic Mac Oitir. Furthermore, R7 recorded their own version as Gaeilge of the famous Christmas poem, T'was A Night Before Christmas/Oíche Nollag ar fud an tí and was broadcast on Raidió Fáilte 107.1fm.

There was still time for the annual Christmas Story Competition in KS2, Ba bheag nach raibh an Nollaig ann....... This annual event in conjunction with Coláiste Feirste and Raidió Fáilte and sponsored by O'Neills normally attracts entries from all gaelscoileanna, but due to current restrictions instead of postponing the event, Gaelscoil na bhFál organised an internal school event and also had a Trath na gCeist na Nollag. These events were hugely popular with children.