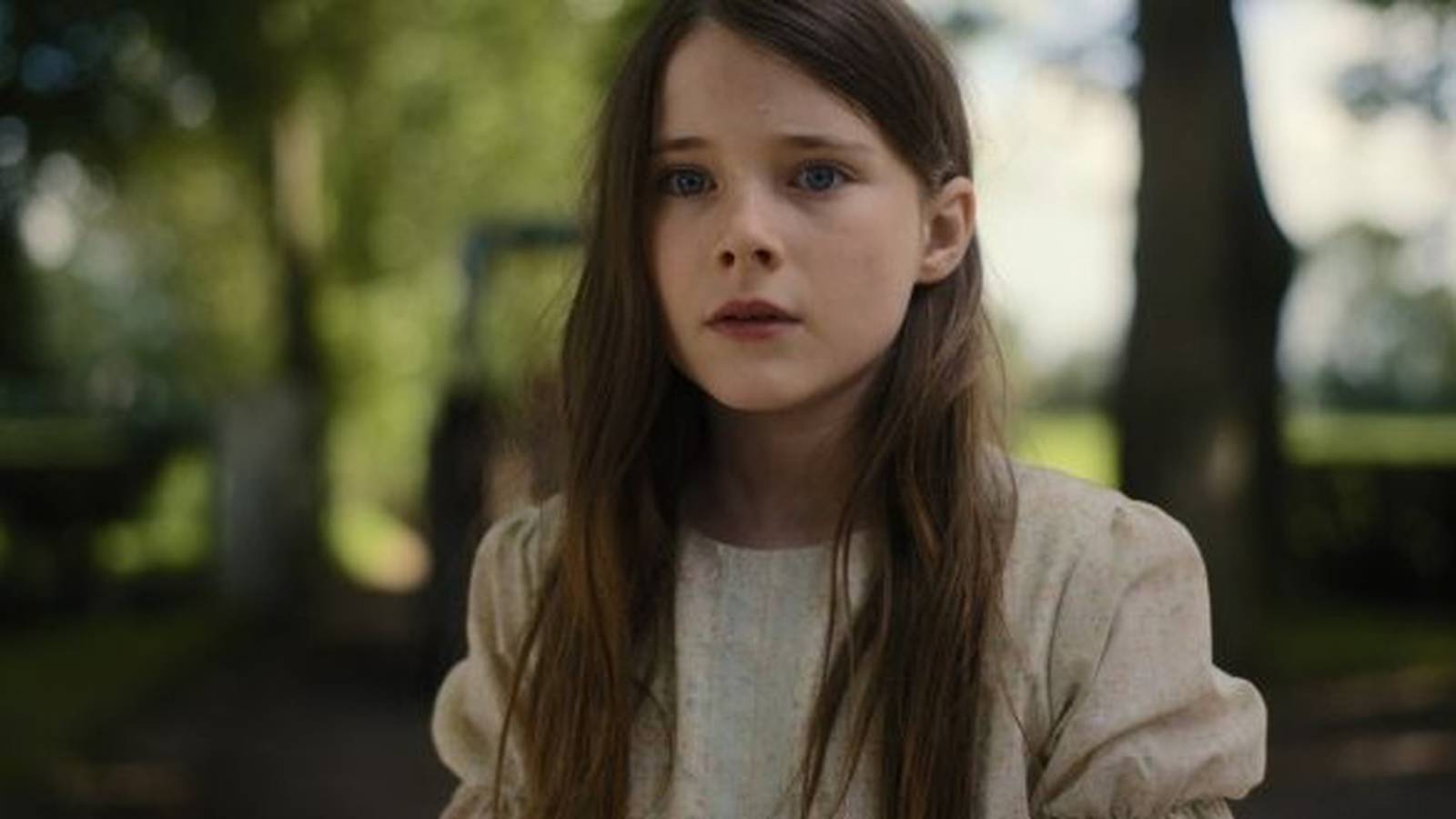 SET in early 1980s Ireland, Director Colm Bairéad creates an intimately, touching portrayal of a young girl’s experience living in two starkly contrasting homes. Based on Claire Keegan’s Novella ‘Foster’, this is a film which quietly pulls at the heart strings.

The story follows the life of young Cáit – a quiet, apprehensive child played by the superbly talented Catherine Clinch. As a viewer we watch the world through her eyes, and we are pained at our introduction to her life. Cáit is part of a large family with her mother expecting another.

The opening sequences establishes Cáit’s life and surroundings, a struggling mother, a drunken adulterer father and a home without the very basic necessities.  It is a house that lacks a home.

When Cáit is sent to live with relatives for the summer we the viewer are hopeful, we yearn to see her grow and flourish. We find ourselves protective of this wandering child.

When Cáit arrives to the home of cousin Eibhlín and her husband Seán on a remote farm, the landscape is picturesque. Eibhlín, played by renowned Irish actress Carrie Crowley, crouches and becomes viewpoint to Cáit, the shot then focuses on Cáit; her worn dress, dirty feet and hair which shyly conceals her face as she looks toward the ground.

Eibhlín gently places Cáit’s hair behind her face and the child looks up. This is a significant moment and as a viewer we feel the dynamics have shifted for the better.

A life unbeknown to Cáit begins to surround her. The big house is quiet, she discovers that she is the only child here. She has a room and bed of her own. At first nervous, it is not long before Cáit’s bed wetting ceases signifying her previous uneasiness subsiding.
Cáit discovers a different way of living influenced by traditional values; compassion and kindness to a neighbour in need, supporting their community and living off the land.
It is here in an environment so much quieter than that which she is used to where the Cailín Ciúin learns to use her voice and is listened to when she does. ‘Mol an óige agus tiocfaidh sí.’

The longer Cáit is here the more curious she becomes. It soon becomes apparent to young Cáit that there is more to this house than meets the eye. The train wallpaper in her bedroom, the old clothes she wears and Seán’s unexpected anger when Cáit disappears on the farm. In a house where it is claimed that there are no secrets, it isn’t long before everything comes to the surface.

Will this be the saviour Cáit so disparately needs?

The first feature film to play the Berlin Film Fesitval in our native tongue, the critically acclaimed piece won eight awards including Best Film at the Irish Film and Television Awards which can only be accredited to the superb acting, beautiful cinematography of Kate McCullough and realism created by Colm Báiréid.

As an Irish speaker, An Cailín Ciúin reignites a love for our language. It is an emblem of everything the Irish language represents: Culture, Community, Family, Love. Set in An Ghaeltacht, the spoken language is beautiful to hear throughout. Although Cáit’s father is primarily the only character to speak English consistently throughout, the language ironically sounds inapt when uttered.

The success of the film both nationally and internationally is a significant reminder of just how alive our language is now more than ever. Undoubtedly, one of the best films ever produced in the Irish language. This film has changed the Irish language film scene forever, it is an exquisite piece with a story that stays with you long after the credits have ended.