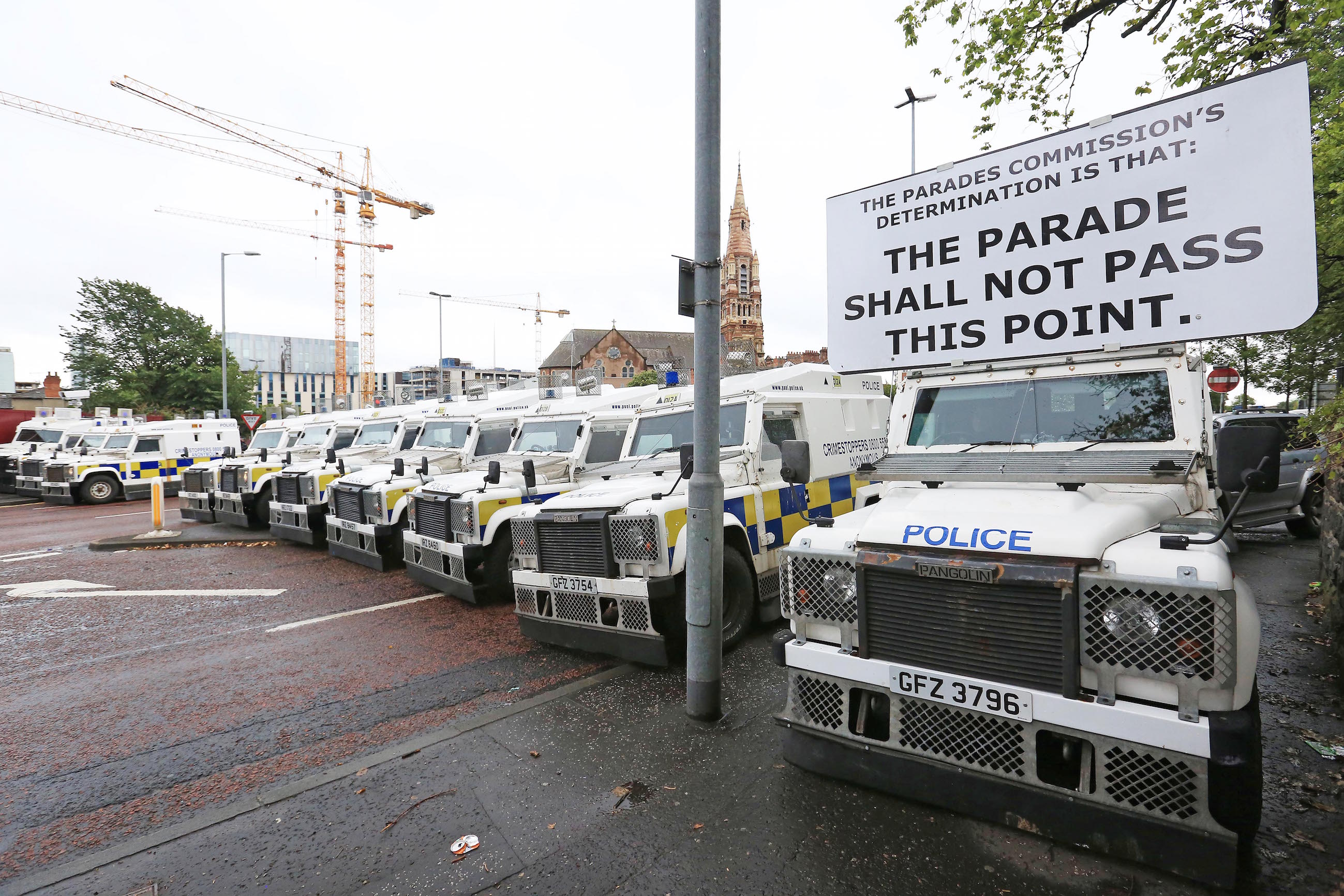 HALT: The march has been blocked from the city centre in the past

The Parades Commission has granted permission for an anti-internment march to take place in Belfast city centre.
Organised by the Anti-Internment League, the National March Against Internment will start at Writers’ Square at 1pm on Saturday (August 11) before heading to City Hall.
Organisers said the march is to “oppose the continued use of internment by remand”.
In its determination, the Parades Commission has restricted the number of participants to 500 despite earlier expectations that 1,000 people and four bands would take part.
The organisation said that the projection of 1,000 participants was more than double the number that turned out last year, stating that “inflating” of expected participants has led to heightened tensions in the past.
Since 2015, the parade had been prevented from entering the city centre.
Those taking part in the parade may only congregate for speeches on pavement on the west side of Donegall Square North and must disperse by 2pm at the latest.
The Parades commission also said participants must adhere to codes of conduct in terms of band conduct and the presence of emblems and insignia.
“Compliance with all instructions from the police on the day of the parade is essential for a peaceful and lawful event,” it added.
A spokesperson for the Anti-Internment League welcomed the decision, stating: “The Anti Internment League are pleased to announce that the determination has been issued for the National March Against Internment, and that once again we will be marching through Belfast City Centre – to City Hall for the first time.
“Credit goes to all those who in recent years turned out to highlight ongoing internment of Irish republicans and confronted the state, refusing to allow the discriminatory nature of the six county state to silence our demand for this to end.
It is imperative that everyone opposed to internment by remand, through revocation of early release licence, via miscarriage of justice and through ‘Gardai belief evidence’ attends and demonstrates their opposition to Britain and the 26 county administration in a dignified fashion.”