Antrim Football Championships: Murray’s men have it Gall to do against champions Cargin 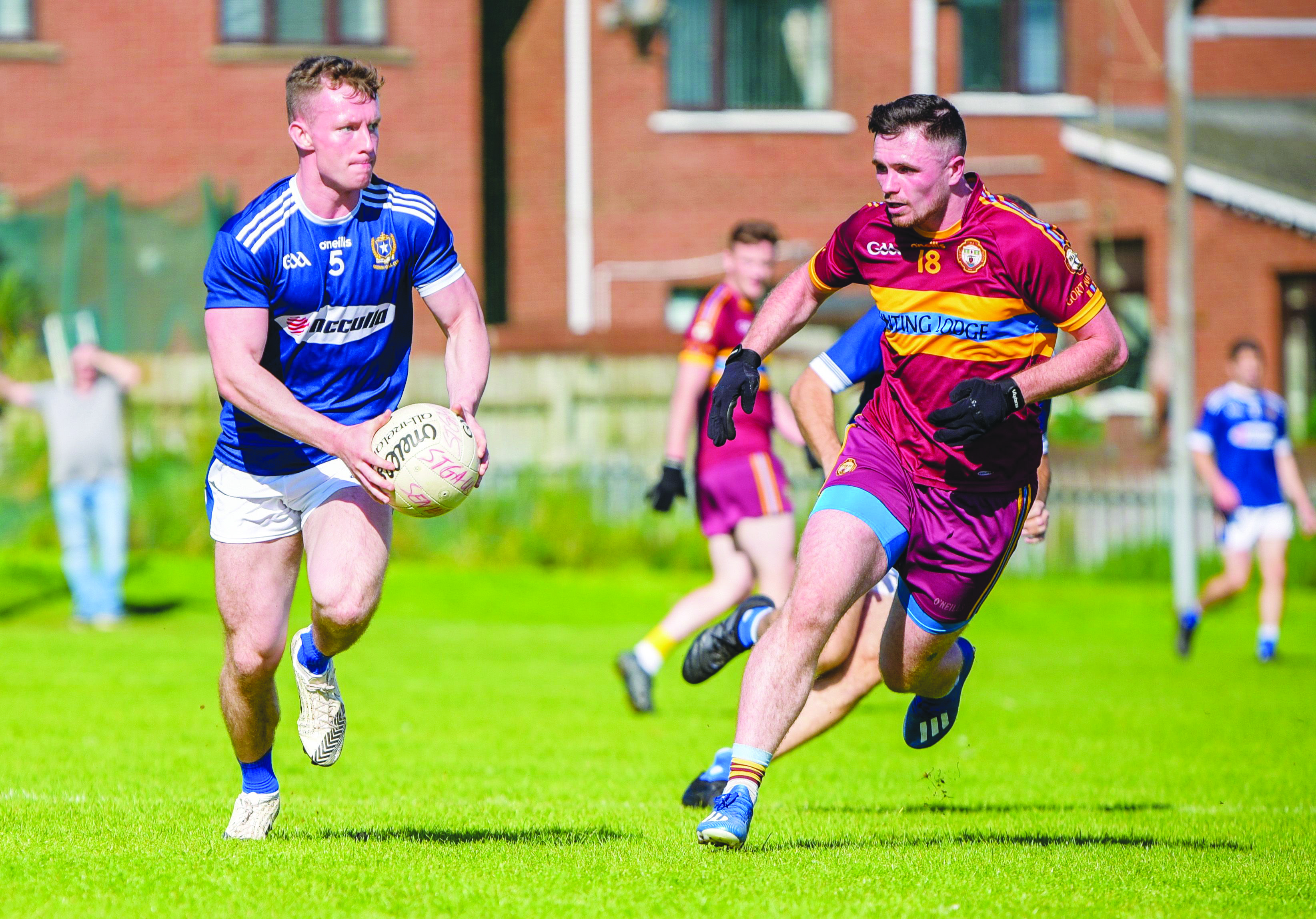 IT wasn’t so long ago that a Championship meeting between Cargin and St Gall’s would have been the talk of not only Antrim, but Ulster.

The clubs played out of epic games over the years with St Gall’s enjoying the upper hand for a long stretch as their golden generation swept to an unprecedented eight-in-a-row plus and All-Ireland title.

Since 2015, it has all been about the Erin’s Own club who have collected five of the last six titles to confirm their status as Antrim football kingpins and they will enter Saturday’s quarter-final at Hightown as favourites to continue their push for a fourth-straight success against the Milltown Row side that is in a rebuilding phase.

Yes, some of those players that climbed the steps of the Hogan Stand in 2010 remain including Colin Brady, Sean Kelly, Aodhán Gallagher and Terry O’Neill, but there are many who have broken onto the team since including Eoghan McCabe, John McCaffrey, Niall Burns and Caolan Chada who have a long future ahead in the blue jersey.

The challenge for the latter group is to rise to the challenge against a club that has had their number since 2015 and while manager Paddy Murray admits it is a tough task ahead, it is one that all are relishing.

“Cargin have set the bar over the last number of years,” he said.

“They’re the most consistent side so it will be a big challenge for us.

“We are a team in transition with a lot of young players who are coming up against a very experienced team but we are looking forward to the challenge.

“We still have a number of experienced players who have been around the block, so hopefully they can talk the young lads through the game.

“We will put our best foot forward on Saturday, but we’re under no illusions it will be a very tough game.”

Cargin’s personnel and style of play will not be of any surprise to St Gall’s or anyone who files through the gates on Saturday as the Erin’s Own men have had a consistency that has brought them to the top of the podium over he past three years under the watch of Damien Cassidy.

Tomás McCann, Michael McCann, Kevin O’Boyle, Justin Crozier, James Laverty and John Caron are names that roll off the tongue, but there is a new generation emerging in Toome that suggests they will be around for some time yet.

Knowing what Cargin will bring and stopping it are two different things, but that’s the challenge for St Gall’s and Murray says they will relish the opportunity.

“They have a style of play over the last lot of years that has been successful for them, so I don’t think it’s going to be any different this weekend,” he predicts.

“Regardless of what we know, it’s still going to be a very difficult proposition. They are all guys who are comfortable on the ball another’s a lot of experience there.

“People seem to forget they’ve won the last couple of minor titles so they still have the youth coming through with fresh legs, so they’ve a good mix there.

🖥 All games are live on https://t.co/earFmHq2M2 starting this Saturday at 1pm. pic.twitter.com/hFptT1zN6b

Cargin were also hot favourites when the sides met in the 2018 semi-final, but it took Tomás McCann to bury a 13-metre free to the net with the last kick of the game to see his side home.

St Gall’s will have many of the team that suffered that agonising defeat on duty this weekend, but their manager insists that the past is the past and that will not be a motivating factor come Saturday, but just the prize of a quarter-final against either Creggan or St John’s.

“I remember watching that game - I took over after it - and it was a difficult one for the players, management and supporters,” he reflects.

“St Gall’s has been a very successful team over the last couple of decades and it wasn’t often we found ourselves on the other end of a result like that, but that was a very good Cargin side that went onto win the Championship and haven’t been stoped since.

“This is about Saturday. It’s a different St Gall’s team and we don’t think too much about what went before.

“We don’t harp back to the glory days, we just want to move forward and this is a big challenge we’re looking forward to.”