Antrim GAA: Gaelfast boss hopes funding can resume as return to training given thumbs up 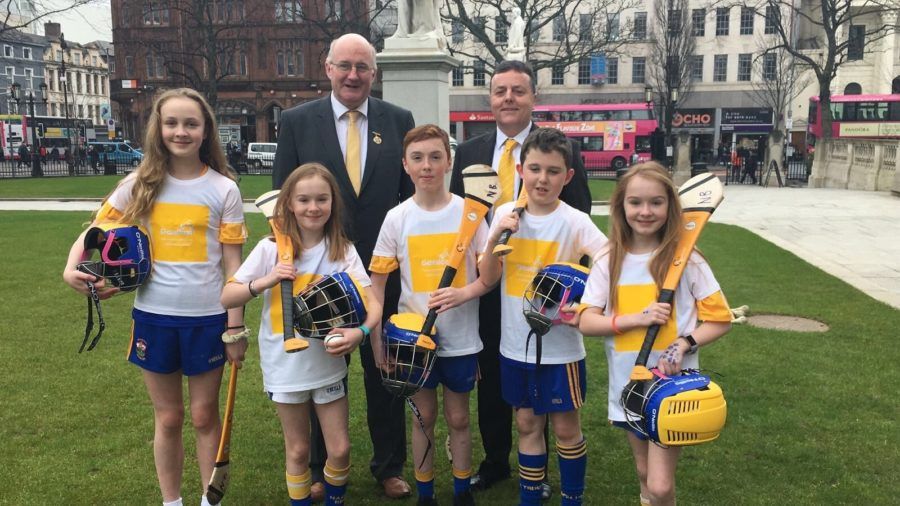 THE countdown is on for the resumption of Gaelic Games in the North with club activity permitted from Monday, April 12.

The Executive announced that outdoor sport can resume from April 12 in groups of 15 or less and, earlier this week, the GAA’s Covid Advisory group gave the green light for club activity to resume in the North.

There is still no return date for GAA clubs in the South with further update expected from the Irish Government next Tuesday (March 30).

Training pods of 15 or less for outdoor sport in the North is for training only at present with no games permitted.

Interim Gaelfast regeneration manager Jimmy Darragh hopes Croke Park will now confirm the continuation of funding towards the project so that coaches can restart their programmes in local schools and GAA clubs.

“That is our hope – to get the coaches back into the schools and clubs as soon as possible,” said Darragh.

“Funding for the Gaelfast project comes from Croke Park. With no income for last year and worries about the income for this year, we are chasing them up to see what funding will be available so we can start back as soon as we possibly can.

“We are hoping to get our staff back from April 12 – that’s our plan. We have a timetable laid out for the guys with programmes for schools in place from now until the end of June.

“We want to get the coaches back into the schools as soon as we can – we are just waiting on the nod from Croke Park to say the funding is there.

“The furlough scheme was, obviously, a big help at the time because we didn’t have any sport going on. We now want to get the coaches back into the schools and into the clubs as quickly as we can.”

Darragh, a leading coach with the Ulster Council, was appointed as interim Gaelfast chief following the departure of Paul Donnelly earlier this year.

Under the guidance of the St Paul’s clubman, the Gaelfast project, which was launched in 2018, had employed a dozen coaches to work with schools and in Antrim and Down, with an emphasis on targeting areas with little or no tradition of Gaelic Games while also working along with established GAA clubs in the greater Belfast area.

The GAA committed £1M to the project over five years to help cover the salaries of the staff.

At present, Croke Park contribute 70 per cent with the Antrim county board, the Ulster Council and Belfast City Council contributing 10 per cent each.

With schools starting to reopen and GAA clubs permitted to open their gates next month, Darragh reiterated that the Gaelfast coaches are ready and raring to return to work as soon as they are allowed.

The St John’s clubman added that he is confident that all counties in Ulster would be in a position to host Cúl Camps later this summer.

The #GAA has issued an update on the National Fixtures Programme, Return to Play in the six counties, the 2020 Injury Fund Extension, and Loss of Wages Insurance cover. #GAABelong

“Cúl Camps were able to operate throughout Ireland last year, but in the North, the coaches who are employed by the county boards, were on furlough,” said Darragh.

“County boards simply didn’t have the coaching staff to roll out the Cúl Camps and they had no income last year to cover the costs.

“A few did go ahead, in Derry for example and the Southern counties were able to host them.

“I visited a number in Cavan and Monaghan last year and a lot of the feedback was excellent.

“They had to do things differently in terms of how the kids arrived, how they were coached and they weren’t allowed to use the changing rooms etc. A lot of what was in place last year will continue for this year.

“It was good practice as it was a lot safer and a lot easier to control.

“Putting my Antrim hat on, we probably missed out on an opportunity to host them last year, but they will be going ahead this year and we already have Antoin McCaffrey (Gaelfast coach) contacting clubs to get them signed up.”