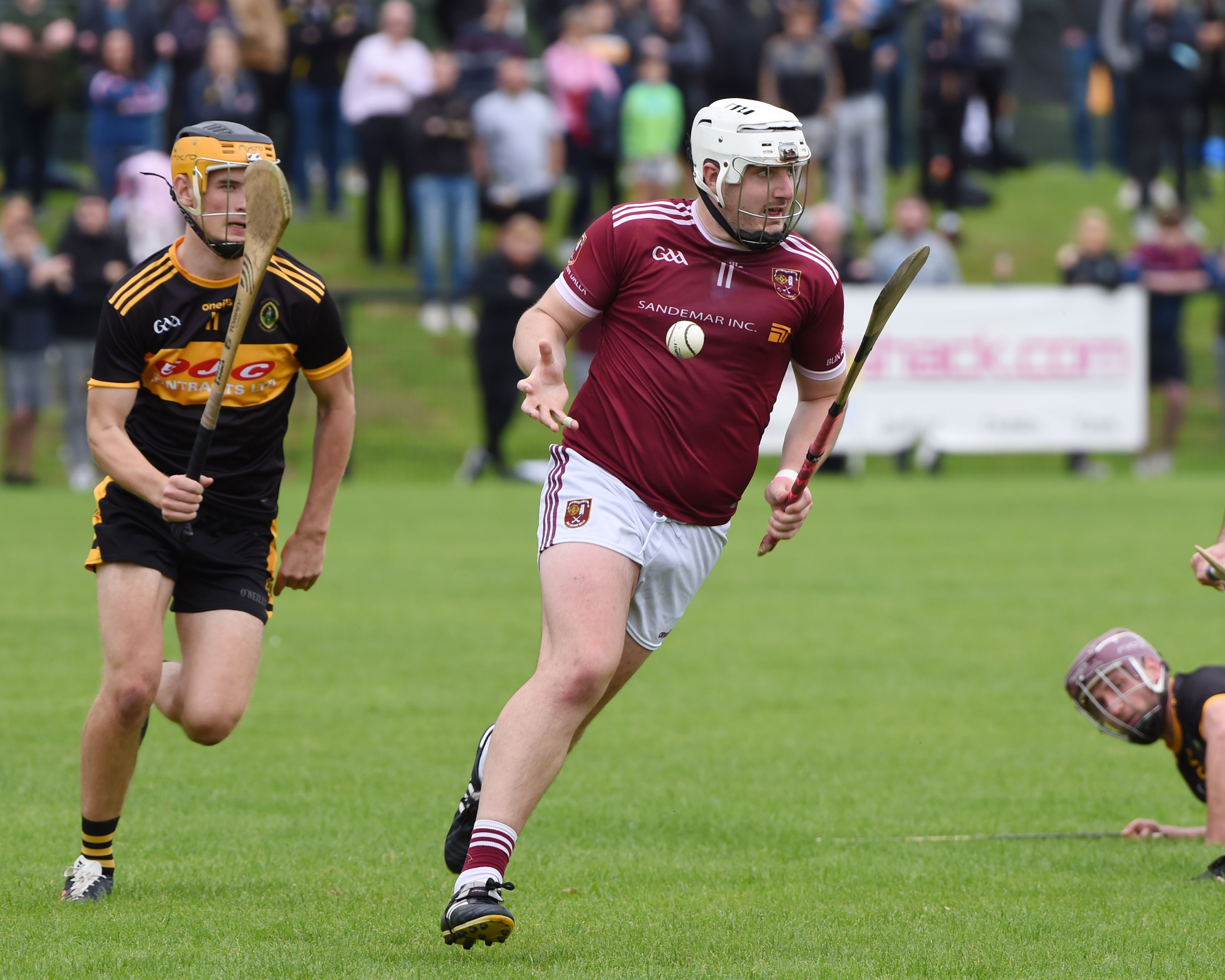 IT wasn't a vintage performance from Cushendall, but they did enough to bring Naomh Éanna's campaign to a close at Dunsilly on Sunday as the Ruairis kept the battling Glengormley side at arm's length.

The North Antrim men recovered from a slow start to to gradually assume control and when Niall McCormack rattled the net midway through the opening half to go ahead for the first time, they didn't look back.

That's not to say Naomh Éanna were completely blown away as they will look back on some missed chances including a Joe Maskey penalty when luck deserted the county man as his stick broke when striking the ball and the short was easily saved.

Some poor wides also came back to bite Michael McCambridge's men as a poor second quarter in front of the posts left them with a mountain to climb in the second period, but wheel they trailed by 11 at one stage, continued to ask questions of Cushendall and can take a lot of pride in their display.

Having won last time out against Ballycastle to reach the quarter-finals for the first time in the club's history, the question was whether the Hightown outfit could lift it to another level and in many respects they did, but just couldn't get the scores they needed to make it a really uncomfortable afternoon for the North Antrim men.

"It's been a positive few weeks for us," McCambridge reflected.

"We got hit hard against Loughgiel and Rossa, but really lifted it and the lads changed their mentality to go out and give Ballycastle a game. It was about being competitive as we knew there was a win in them.

"It's disappointing today as we had a lot going wide there and a lot of opportunities, but that's Championship hurling. If you don't get those inches, you don't win the game, but they're a young group, will learn from it and take it into next year.

"The square ball called when we didn't think it was; the penalty, if he (Maskey) hits it with a decent stick we're right back in the game with momentum, but it's just those split decisions that either go for you or go against you and that's what changes the game.

"If some of those things had dropped for us then it would have (been closer). I've tried to state to them they need to take that learning from the league and build towards the Championship."

Naomh Éanna came into this game as rank outsiders, but that seemed to matter little as they tore into this game with Cormac Ross landing an early free before Eddie O'Connor hit a trio of scores in quick succession.

Cushendall were a little sluggish early, but when Eoghan Campbell put them on the board, they began to settle with Neil McManus moving out from full-forward that helped their attack.

The gap was down to one when the only goal of the game arrived on 14 minutes as McManus played an excellent ball into Niall McCormack who raced through and fired to the net.

It was 1-5 to 0-5 at the water-break, but the Ruairis pushed on well in the second quarter with St Enda's beginning to struggle with their shooting.

Philly Curran did point for the Glengormley outfit, but Cushendall reeled off the next seven with the pick coming from Scott Walsh.

Naomh Éanna did have a goal disallowed in stoppage time for a square ball that would have helped their cause, but it was Cushendall 1-12 to 0-7 ahead at the half.

Cushendall hit the first three points of the second half and looked like they could really cut loose, but Naomh Éanna just knuckled down and responded with three of their own before that penalty award when Philly Curran was trailed down, but Maskey's effort was easily saved.

This suggested that luck just wasn't on the side of Naomh Éanna and despite trailing 1-18 to 0-11 at the second-half water-break, they continued to try and find a way back into the game int he final quarter.

Christy McNaughton kept the scoreboard ticking over for Cushendall from frees, while Ruairi McCollum got on the board after finishing an excellent move in this time, but Naomh Éanna kept fighting with Cormac Ross nailing a 65, while points from Rian Gillan, Eoin Conlon (two) and Rian Bogue brought them to within seven, but time was not on their side as Cushendall had done enough to march into the last four where Rossa lie in wait.

"We knew coming here that St Enda's are a massive club and have made great strides in hurling over the last couple of years, so we knew we weren't getting easy against them in the quarter-final of the Championship," said Cushendall manager Brian Delargy.

"We knew we were in for a battle and it took us a while to get up to the pace of the game. We got in front and then let them into it again. If you don't hurl for the hour in the Antrim Championship, you will struggle. We just did enough, got the result and it's Rossa in the semi-final.

"We know what St Enda's are like and those (Cushendall) boys know them and would be friends with some of them. We knew what they were going to bring and weren't underestimating them."

That semi-final will be a repeat of last year's quarter-final when Rossa caused a stir by climbing the win and Delargy agrees that there won't be rousing speeches needed to motivate his players ahead of next weekend.

"We were massively disappointed last year against Rossa and didn't perform like we knew we could have," he admitted.

"You can make all the excuses you want with Covid and all that, but we just didn't perform. Rossa have come on great strides and we had the target to get back into the semi-final. It's no surprise it's Rossa in the semi-final so I don't think it will be any bother getting these lads up for it in a fortnight's time."