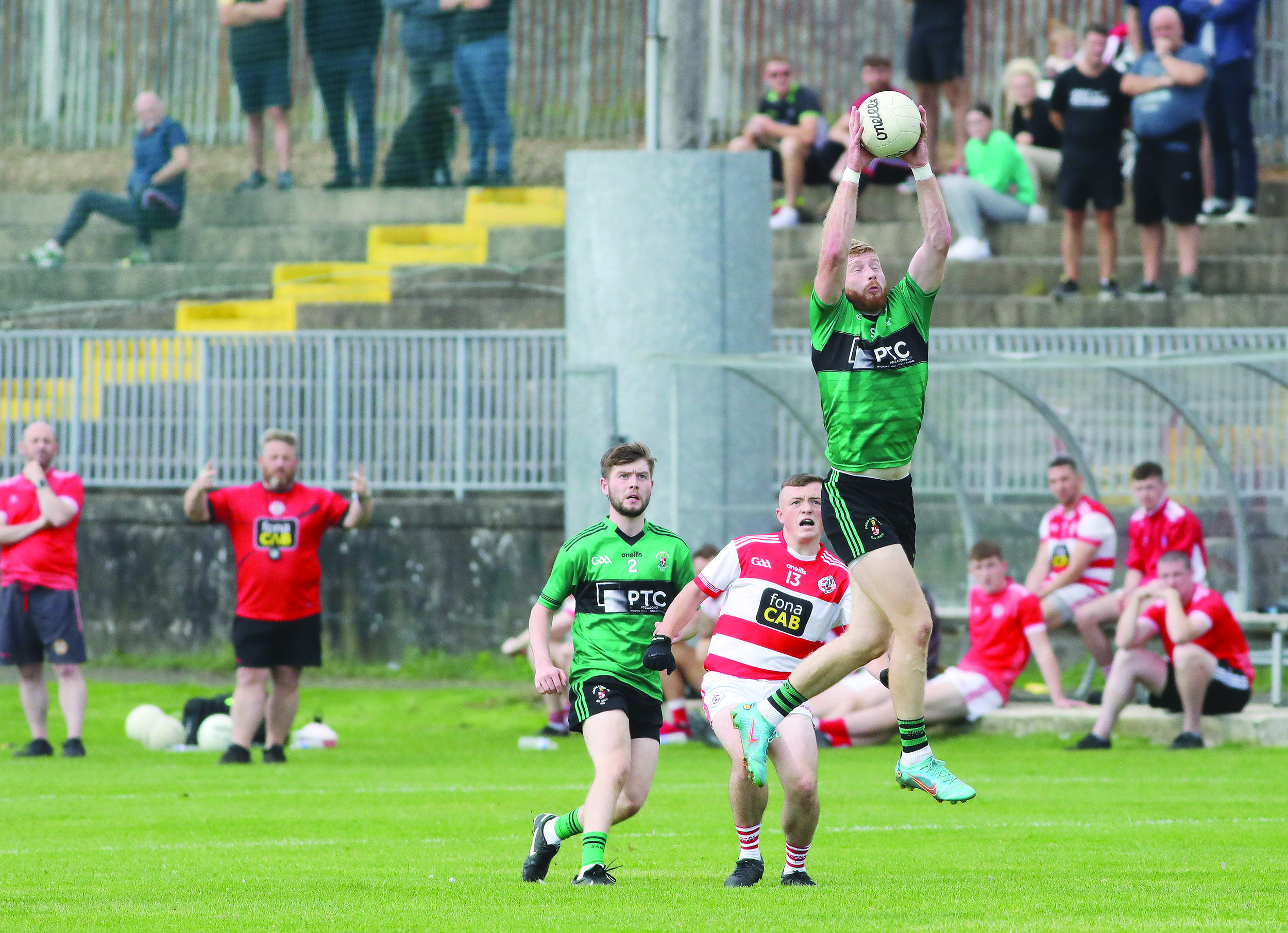 THE first of the Intermediate Football Championship semi-finals will take place at Dunsilly on Saturday as Sarsfield’s and Glenravel bid to maintain fine progress this year.

While Sarsfield’s struggled early in the season with a huge number of regulars unavailable for various reasons, they have improved greatly and put in some excellent performances since including a very impressive run to the last four.

They will be tested by a Glenravel outfit that contains many members of the team that claimed the county U20 title last year and who have also delivered some eye-catching performances to get to this point of the season.

Both teams are strong at the back and have the ability to break forward with purpose to build a scoring total, so it is likely to come down to who can impose their will that bit better over the hour.

Five years ago Sarsfield’s were celebrating Junior success with Glenravel doing the same one year earlier, so it is a measure of their progress that they are now just one win away from a Junior final.

The Paddies romped to victory over St Paul’s in their quarter-final, landing a very impressive 2-21 with Tomás Skillen, Niall McAlea, Brian Healy and the McKernans - Kevin, Daniel and Caolan - all catching the eye to supplement a very strong midfield duo in Niall McKenna and Cormac Murray.

Glenravel have their own stars including Eoin Hynes who was part of the Antrim match day squad in their Ulster Championship defeat to Cavan, so there is no shortage of ability in either camp with the men from the Glens proving their worth in a good quarter-final win against Ballymena.

“Take Daniel McKernan who is our centre-back, but was a forward all through his career. We moved him back as he has a great brain and we can get scores from all over the pitch.

“We work hard on our system and focussed on defence until the lads came back an then could look about going forward and our transition play. That’s benefitted us well.

“I saw Glenravel against Ballymena and could see how defensively strong they are.

“We are going to have to be superb in attack to break them down because they are very well set-up and structured. They mirror our system and I think both teams play quite similarly - work from the back and move the ball in quickly, so it will be interesting.”

League and championship may be two totally different animals, yet the level of performance Con Magee’s produced against the Paddies earlier in the season greatly impressed Toal who knows his team face a huge challenge this weekend.

Along with Hynds, Eamon Fyfe carries a huge threat in attack and both defences will surely be tested to the limit on Saturday with so many weapons on either side.

While some may be surprised at Glenravel being here so deep into the competition, Toal is not one and says that he will be happy to just get over the line by any means.

“Glenravel is the best team we have played this year,” he stressed.

“Of all our league losses, every one I walked away thinking we could have got something from it. But the only game we were outplayed in every department was Glenravel.

“They only beat us by three and we missed a penalty, but they missed a serious amount of chances.

“I said to the lads before we played St Paul’s that I think Glenravel are favourites for Intermediate because they won the U20 last year and a lot of lads have been brought into the county senior set-up.

“I would take a one-point, a one-nil win now so long as it means we are in the final.”