Antrim Senior Football Championship: Cargin should have the measure of Creggan while Portglenone can edge Aghagallon 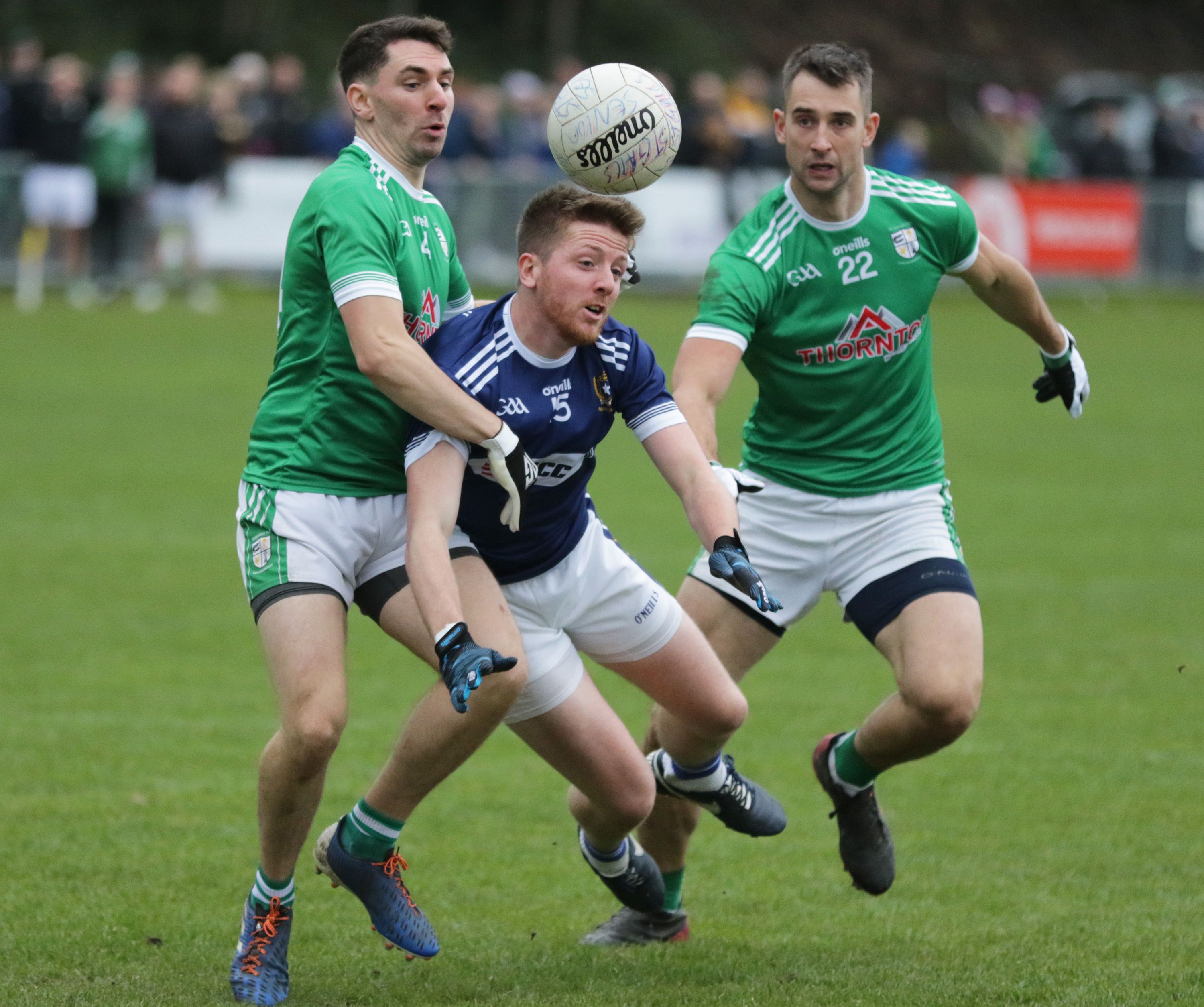 JUST four remain in the hunt for the Padraig McNamee Cup with the semi-finals taking centre stage on Sunday.

Lámh Dhearg probably had the best chance to progress to the last four, but the Red Hands squandered a four-point half-time lead against Portglenone and the Casement’s ran out six-point winners in Dunsilly.

Barry Dillon’s men have suffered semi-final defeats in each of the last two seasons and they’ll be without the services of Niall Delargy for Sunday’s semi-final meeting with Aghagallon at Dunsilly after the club opted not to appeal his red card from last Sunday.

The Antrim defender was one of three players sent off in lively second half, picking up a straight red card for an off-the-ball clash with Lámh Dhearg’s Marc Jordan 10 minutes from time with his defensive colleague Ronan Delargy picking up a second booking late on.

Speaking directly after the game, Dillon remarked: “I didn’t see any red card in that incident whatsoever. I asked Niall and he didn’t think it was a red card and hopefully the video will exonerate him because he didn’t do anything.

"It was a good hard, sporting game and I didn’t understand the need for so many cards to be handed out.”

Yet, Portglenone ultimately decided not to try and clear Delargy while Aghagallon are sweating on the fitness of his county colleague Adam Loughran ahead of Sunday’s clash.

Kevin Murray’s side saw off the challenge of St Brigid’s in their quarter-final thanks to two second half goals from Ruairi McCann and Eunan Walsh.

“We are up with the big boys now so it will be a big challenge for this group,” said Murray.

“It was a good performance today (against St Brigid’s) and we can look forward to the semi-final.”

Portglenone will take great heart from their win over Lámh Dhearg, but they’ll need to be more disciplined if they are to make it into the county final.

As well as red card for Niall and Ronan Delargy, Ronan Kelly missed 10 minutes in the first half after picking up a needless black card.

Aghagallon are sure to give a good account of themselves, but Portglenone’s greater experience at this stage of the Championship might just see them edge a close battle.

Sunday’s first semi-final at Dunsilly is at 12.30pm while the second semi-final at Naomh Éanna at 2.45pm is a repeat of last year’s county final as defending champions Cargin take on neighbours Creggan.

On the basis of last weekend’s games, the Toome side will be overwhelming favourites to progress as they powered their way past St Gall’s with 18 points to spare at Hightown.

Some 24 hours later, Creggan were also victorious at the same venue. Yet, their win over St John’s was somewhat unconvincing.

Despite being the better team, they never put the game out of reach and were indebted to goalkeeper Oisin Kerr for making a stunning save at the death from Conor Johnston to avoid bringing the game to extra-time.

Cargin appear as strong as ever this term and manager Damian Cassidy feels that competition for places is helping his squad stay on top of their game.

"We have a strong panel. There's no getting away from that, but on any given day anything can happen,” said Cassidy.

“That's good for competition as it means there are good players coming on and you can afford to be a bit more aggressive with you approach.

“When I came in here the first year, the panel was seriously weak. There was minimal impact from the bench, but there (today) there were two or three lads who weren't even introduced who are quality players and we saw that through the league.

“It's a great position to be in but it means nothing of you don't back it up.”