Antrim Senior Hurling Championship Final: 'Shorty' as hungry as ever as Dunloy bid for a three-peat 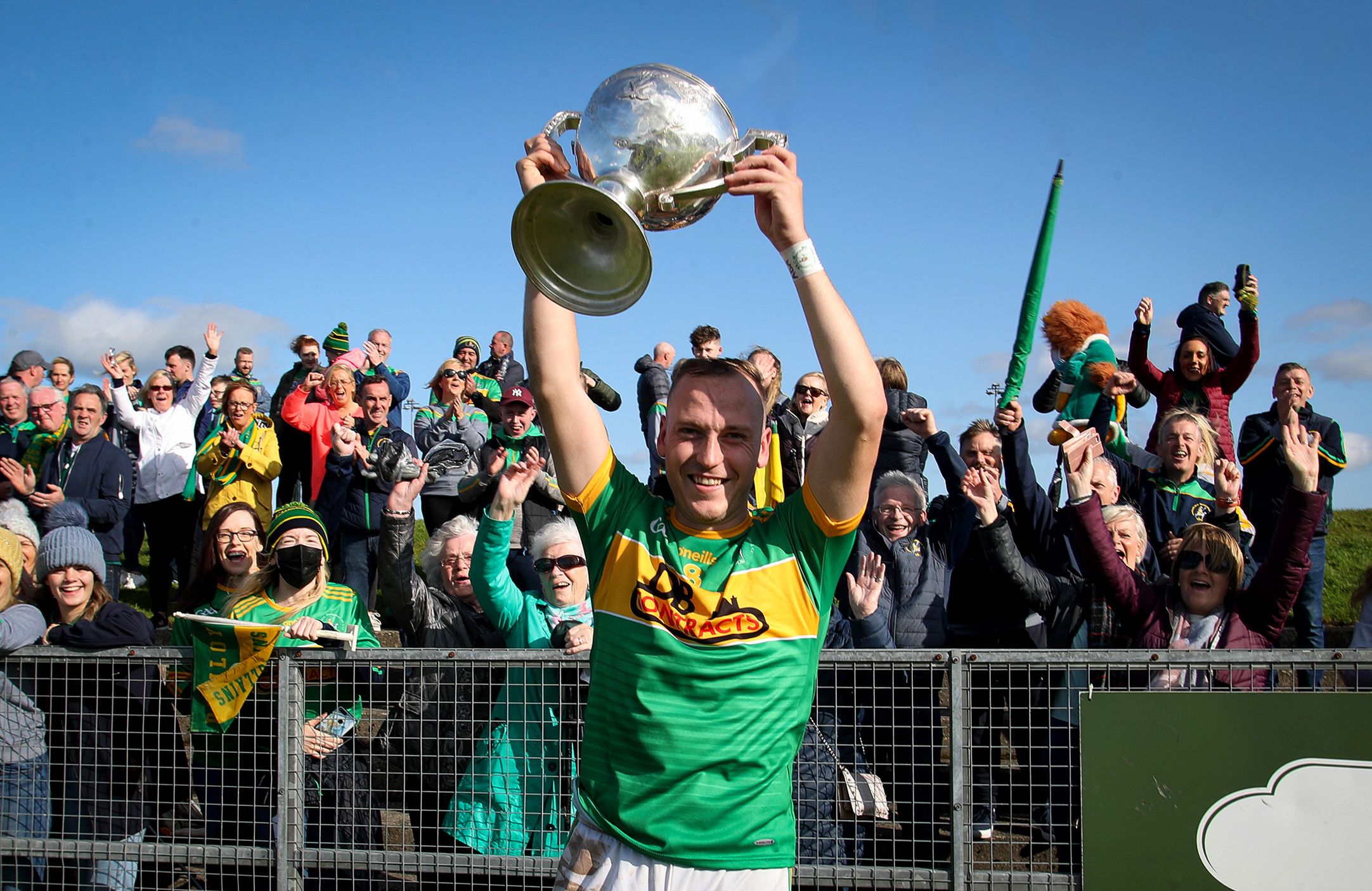 THEY may be bidding for three-in-a-row and a fourth Antrim Senior Hurling Championship in five years, but Paul Shiels insists he and his Dunloy team-mates will approach Sunday's final as though it is their first.

Victory for the defending champions will see them join Rossa on 15 county titles on the roll of honour, their maiden success coming in 1990 against the Jeremiahs after a replay.

In two county finals between the clubs since, in 1995 and 1997, Dunloy have brought the Volunteer Cup back to the Cuchullain village and they will be eager to do so once again to underline their recent dominance.

It's said in order to keep your place at the top, your must train as a challenger and 'Shorty' insists the hunger is as fierce as ever ahead of Sunday's showdown.

"It's nice to still be training at this time of the year knowing you're still in the Championship - that's where you want to be because you never tire of playing county finals," said the Dunloy captain who is more than happy to be heading to Corrigan Park for the game.

"It's nice to be heading back up to the city for a county final. It sort of has the buzz about it as if it was Casement.

"The redevelopment makes it a great venue and we'e genuinely looking forward to playing in Corrigan Park - I'm sure Rossa are too.

"It's a great stadium, the pitch is first class, so it's nice to be back in the city."

GET YOUR TICKETS before they sell out to avoid disappointment! You can buy them via: https://t.co/kCgstLdGE1

This year, the Antrim league programme saw Dunloy play without a considerable number of regulars who were on county duty, so their fairly modest showing was never going to be a prelude as to what was coming during Championship.

Dunloy opened their group campaign with a draw against Cushendall, before dismantling Tír na nÓg and then impressing in victory at Corrigan Park against St John's to top the pile and move straight into a semi-final rematch against the Johnnies they came through in horrible conditions.

"It's been a difficult year in terms of the squad," Shiels reflected.

"You go into the first couple of Championship matches trying to feel your way in and the group stage allows you to do that."

Sunday's finalists met twice in last year's Championship with Shiels firing home a stoppage time goal in the group game at Rossa Park that contributed to a late rally that saw his team snatch a draw.

Then came what was an epic semi-final with the sides going toe-to-toe with Rossa recovering from a slow start to forge ahead, only to be reeled back in and eventually overtaken at the dead with Chrissy McMahon landing the winner.

Those games suggest we could be in for another close-run thing on Sunday, but the events of 2020 will county for nothing when Mark O'Neill throws the ball in at 3.45pm on Sunday.

"We played them a few times in last year's championship, but every year is a new year and I'm sure that will have no bearing on this game," insists Shiels, the heartbeat of this Dunloy team.

"We're preparing for Rossa as best we can and it's another county final, so we are excited for Sunday.

"They are improving as a team and a group of players. I don't think we can take anything from last year because they are a good team and have players now in different positions, so we won't get too hung up on last year. I'm sure they won't either and will want a different outcome, so we have parked it.

"Rossa upset Cushendall (in the semi-final), which was a big scalp for them. It's been an interesting Championship and I'd say the best two teams are in the final."