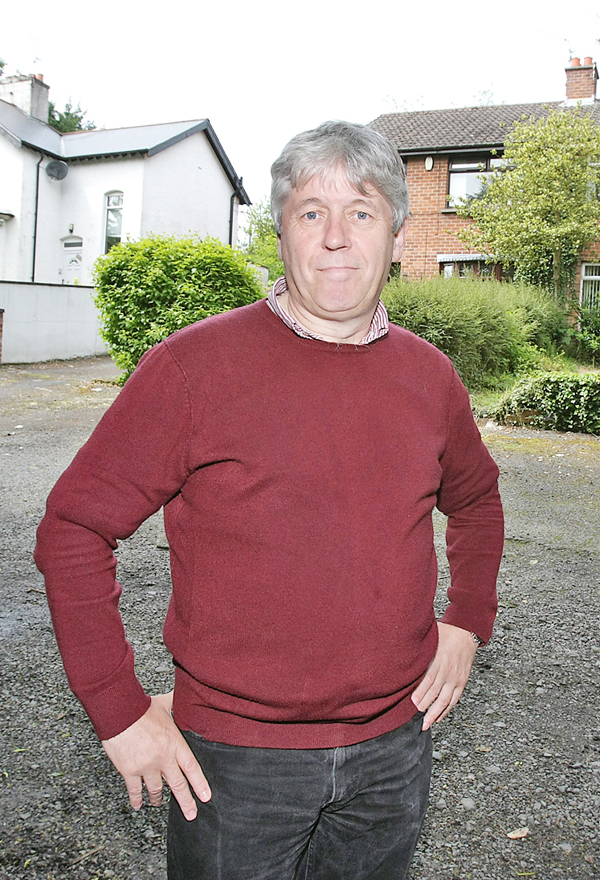 POLITICIANS and police have spoken out after the armed robbery of a West Belfast pharmacy on Saturday evening.

Sinn Féin Councillor Daniel Baker has said that staff at the pharmacy in Mount Eagles were left shocked by the incident.

At approximately 6pm a male entered the premises and threatened members of staff with what is believed to have been a firearm. He then fled with a sum of cash and a quantity of medication.

Mr Baker said: “A man produced a gun in a pharmacy in Mount Eagles before demanding specific drugs from staff.

“The staff are very shocked and shaken up after the incident.

“These are people who provide a vital service for all in the community and I’m concerned that people doing a normal day’s work were subjected to such a terrifying ordeal.

“If any one has any information about this robbery then I urge them to bring it forward to the PSNI.”

Detectives are also appealing for information.

Detective Inspector Michael McDonnell said: “The robber is described as being of medium build, wearing a flat cap, though possibly bald, and a grey or green hoodie. He was also carrying a green Asda ‘bag for life’.

“We would appeal to anyone who witnessed the incident, or who may have information, to contact detectives at Musgrave Criminal Investigation Branch on 101, quoting reference number 1032 of 20/01/18.”

Detectives are investigating a possible link between this incident and an earlier attempted robbery at a pharmacy in the Moss Road area of Lisburn on the same day.

The officer leading the investigation into this incident, Detective Constable Perks said: “At approximately 4pm a male entered the premises and threatened a member of staff with what is believed to have been a firearm.

“When the staff member raised the alarm, the man fled on foot along Moss Road in the direction of Belsize Road.

“The man was described as about 6ft tall of heavy build and was wearing a green jacket, a dark-coloured hat and possibly sunglasses.

“We would appeal to anyone who witnessed the incident, or who was driving along the Moss Road around this time and may have dash cam footage, to contact detectives in Lisburn on 101, quoting reference number 845 of 20/01/18.”

SDLP West Belfast Councillor Brian Heading has also spoken out after Saturday night’s robbery saying the abuse of prescription and illegal drugs is fuelling criminality in communities across the city.

“The robbery of a community pharmacy in the Gleneagles area this evening is another example of the effect of a drugs epidemic in communities across this city,” he said.

“The abuse and illegal sale of drugs, and particularly prescription drugs, is fuelling criminality in many of our communities.

“Those involved in the illegal supply and sale of drugs in the city must be brought to justice. Their gangs must be disrupted and disbanded. The only way to do that is for local people to bring information to the police to help take these drug gangs down.

“I’ll be raising this issue with the PSNI and asking what action is being taken to secure premises which hold prescription drug supplies in Belfast.