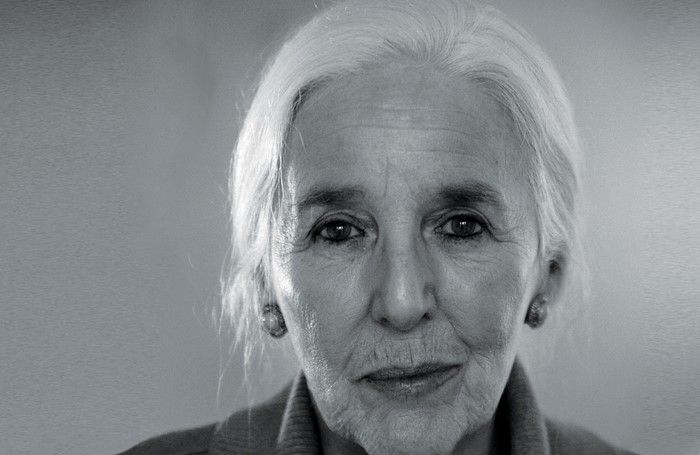 How do you change the trajectory your life has been going in for that of yourself or your future family? Where might we all have been with different ancestors?

That is what went through my head recently on seeing that for the 110th anniversary of the birth of Joseph Tomelty in Portaferry, Centre Stage Theatre Company (co-founded by his Daughter Roma) is producing three scripts of the McCooey’s radio series.

The first show will be live-streamed on 20 March from the Portico Ards.

Joseph Tomelty was the oldest of seven children and after leaving school at the age of 12 started working as an apprentice painter and decorator. But he ended up a well-known character actor, playwright, novelist and co-founder of the Group Theatre.

The drama and creative gene has continued on down through the generations of his daughters and grandchildren being actresses and professional musicians. Some of his plays were not performed in Northern Ireland at the time of their writing including ‘The End house’ which centres on the Special Powers Act. The play was performed in Dublin’s Abbey Theatre in 1944 but was only performed at Queen's Festival many years later.

Joe Tomelty was commissioned by the BBC in 1948 to write a weekly comedy drama about the Belfast McCooey family that continued on the airwaves for seven years. I confess it’s before my time but I remember my grandmother talking about it. I wonder how it has stood the test of time?  As technology changes there is something quite interesting seeing a live radio play being performed, with all their sound effects and script changes.

Joe's play All Soul's Night (see video above) is regarded as an Ulster Classic.

Joseph’s granddaughter, actress Hannah Carnegie told me the production was originally planned for June 2020 to tie in with the 25th anniversary of the playwright's death. However, with the impact of the pandemic and the passing of Joe’s daughter Roma, it was decided to postpone.

With the pandemic isolating care home residents from loved ones, Centre Stage Theatre Company and The Portico of Ards developed the project so that the generation who remember hearing The McCooeys on the radio could enjoy rediscovering this beloved series.

The performances are free of charge to residential, nursing and care homes and £10 to everyone else.

Hannah said it was an honour to work on her grandfather's radio plays.
"I grew up with my mother talking about it, giving talks about it and hearing a few episodes my mother had as recordings. My mother was such a champion of my grandfather’s work and I feel really proud that I can carry on this legacy.

"They did so much for the arts community here in Northern Ireland. That legacy is important to me and I’m truly delighted that I can bring this project to life and also get the opportunity to play Sally McCooey. We are reviving three original episodes, plus I get the opportunity to work with a wonderful director, Michael Quinn (a former BBC radio drama producer) and cast, Maria Connolly, Christina Nelson, Patrick McBrearty, Dan Gordon and my dad, Colin Carnegie."

The cast will be observing Covid safety protocols and so have to forego the fun of a live audience.

"But I can’t wait to transport online audiences to a radio studio, from the Portico stage, where they will enjoy watching the inner workings of two classic episodes including the creation of sound effects," says Hannah. And she is confident the shows will resonate with a contemporary audience?

"Throughout the pandemic, we have watched community, neighbours and families come together in the most touching way," she adds. "At its core, the McCooeys are a family simply dealing with everyday life, surrounded by a community of neighbours and friends. I think audiences today will instantly recognise the characters within The McCooeys and of course identify with the common themes of family ups-and-downs. Despite being 70 years old, the scripts are still remarkably fresh and funny and contemporary sounding."

Transported to the 21st Century, the biggest change in life for an ordinary Belfast family would be the new digital technologies, says Hannah.

"However, one of the episodes we are doing is called The Missing Raffle Ticket where Granda McCooey is fretting about a lost raffle ticket that would get them all a holiday in Newcastle and I like to think that, today, Granda would still be concerned over a missing lottery ticket!"

A Joe Tomelty Festival in the village of his birth would, perhaps, be the greatest homage to the famed playwright but while that may not be planned yet, there are suggestions that his work will get a further airing?

"2022 will be 100 years since the Special Powers Act was enacted in Northern Ireland, and we are considering bringing back Joe’s most controversial play, The End House, which deals with the ramifications of that legislation," adds Hannah. "It wasn’t until Centre Stage Theatre Company staged the play in 1993 at the Arts Theatre that it was seen in Northern Ireland. So watch this space!"

If Joe Tomelty had not taken the step to tread the boards, and continued to work as a painter and decorator, life would have been very different for generations of the Tomeltys.

"My mother and my aunt Frances Tomelty both went into the theatre, and if my mother had not followed in her father’s, Joe’s, footsteps she may not have met my father (the actor-director Colin Carnegie, who will also be in The McCooeys) and Centre Stage Theatre Company wouldn’t have been formed.

"We wouldn’t have our Summer Drama Holidays for young people, and I may not have become an actress or even existed! Thankfully Joe did tread the boards, and The McCooeys will help us mark the 110th anniversary of Joe’s birth and the first anniversary of my mother, Roma’s death."

Anyone interested in complementary tickets for care homes can email Hannah Carnegie direct. Otherwise tickets can be bought at the Portico website.


On the subject of theatre, congratulation to Brassneck Theatre for being one of the recipients of the Arts Council of Northern Ireland emergency funding to the tune of £144,000. I remember asking co-founder Tony Devlin where the name came from, to be told “you have to have a Brassneck to work in theatre”. So for any apprentice painter and decorators out there with a notion for a different future, if you never take that step you will never know.

Happy New Year folks. We’re looking forward to #2021 and our exciting #belfast #festival during 22-28 March when we imagine a better future. Have fun and stay safe 😍 #ImagineBelfast pic.twitter.com/T6lleiFDzk

Congratulations to all the other recipients of the £10.8m grants package. I hope it calms the nerves of many an organisation and we look forward to your continued survival and output.

Sorry to hear the Cathedral Quarter Arts festival is pushing back it’s offering until September but glad to see Imagine Belfast festival of Politics and Ideas will run 22- 28 March.