At one with modern day Buddhism 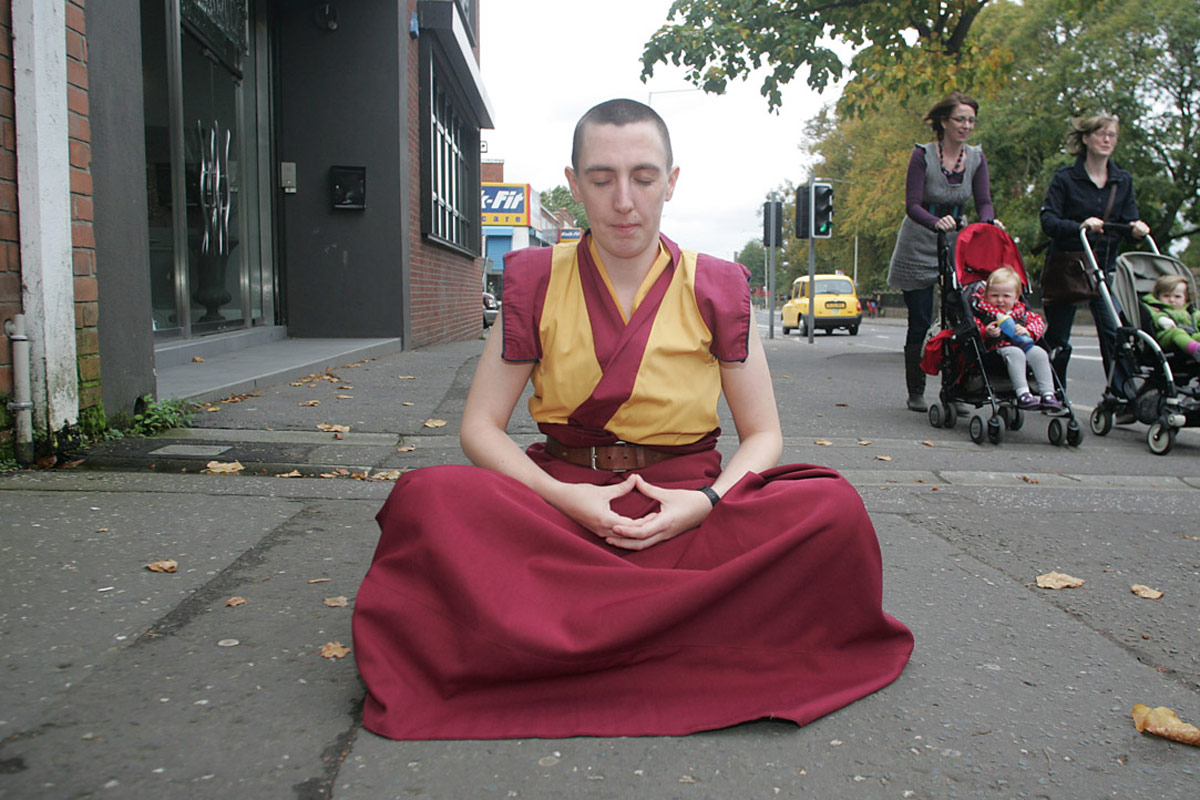 FOR many westerners having grown up in a traditional Christian family, or who hail from a secular background, Buddhism remains a bit of a mystery.

Seen by some as an exotic, contemplative movement it’s no wonder the religion became popular with the hippies in the 60’s who were attracted to its “peace and love” vibe, and intoxicating Asian aesthetics.

However, don’t dismiss Buddhism as some New Age fad that outgrew the flower power generation, as it is one of the world’s oldest religions. Conservative estimates put the number of practitioners across the globe at above the 500 million mark.

In Belfast, a place where ‘religion’ is usually lumped into the Catholic or Protestant variety, this Eastern philosophy, based on the teachings of an ancient north Indian prince that ditched his wealth and basic belongings to become a travelling ascetic, has a small, yet significant presence in the south of the city.

The Potala Kadampa Buddhist Centre has actually been offering meditation classes and Buddhist wisdom since 1997, when it opened at small premises on the Donegall Pass. In recent years, the centre has moved to a larger location on the Ormeau Road, where it caters to a wide range of locals – not all of whom even class themselves as practising Buddhists. A tranquil space amidst the hustle and bustle of the urban Ormeau, the centre offers a shrine, along with a large meditation space which can hold up to 80.

Run by resident teacher Kelsang Chitta, a fully-fledged Buddhist nun who hails not from Tibet or Bangkok, but Sixmilecross in Co Tyrone, the centre is part of a worldwide network whose aim is to provide the benefits of Buddhism for people living increasingly hectic lives in today’s fast-paced world.

“Before the centre even opened on Donegall Pass, our original local teacher Kelsang Drolkar, offered meditation classes at Queen’s, which became very popular among students and other locals,” Chitta told the South Belfast News.

“This form of Buddhism is very much for the modern day and people all over the world who lead busy lives with not much time for reflection.”

At Potala, ‘drop in‘ meditation sessions are available, including at lunchtimes, to allow a little inner peace make that stressful afternoon ahead a little more bearable.

“Our most popular class at the minute is the Monday night session which regularly sees up to 30 people attend,” she continued.

“Relaxation techniques, meditation and talks are on offer aiming to help each individual achieve what they need. You by no means have to be Buddhist - in fact most of those who attend aren’t, but are just exploring the benefits of meditating.”

Many scholars would hesitate to even class Buddhism as a ‘religion’, seeing it more as a philosophy or ‘way of life’. Contrary to common belief in the West, practitioners do not ‘worship’ Buddha, and he is not a god, however his image is used to help inspire devotees to follow his teachings on overcoming suffering and escaping the cycle of reincarnation to achieve ‘Nirvana’.

Some locals dip into the Buddhist lifestyle as they see fit, but there are a growing number undertaking more intensive forms of study at Potala, and would be actual followers of the faith.

For 31-year-old Kelsang Chitta, her spiritual awakening came in 2003 after attending a Kadampa event in Dublin.

“I had seen the improvements meditation brought for me, and I later decided I wanted to make a lifetime commitment and work towards helping others. I consider the most beneficial thing to be helping all living beings.”

With such a strong focus on peace, has Buddhism and meditation in Belfast been used to help heal the spiritual and emotional wounds caused by decades of conflict? According to the local nun, the answer is yes.

“I come across that quite a bit. I think because of my appearance with my shaved head and robes, that people feel they can open up quite a bit with me, and tell me a lot about their experiences, including of what they went through during the Troubles, and how what we do is helping them to continue overcoming the past. Many people are using meditation to overcome past trauma.”

Along with soothing the legacy of the past, Potala is looking to the future, with a long-term goal of building a Buddhist temple in Ireland, for which funds are continually being raised.

“We hold fundraising events both here and in Dublin and the next one is the Irish Dharma Celebration on November 18-20, which will feature visiting teachers.”

For more details on the centre, meditation classes, and the upcoming 2011 Irish Dharma Celebration, visit www.meditationinbelfast.org.