Attempt to bring 1971 team back together 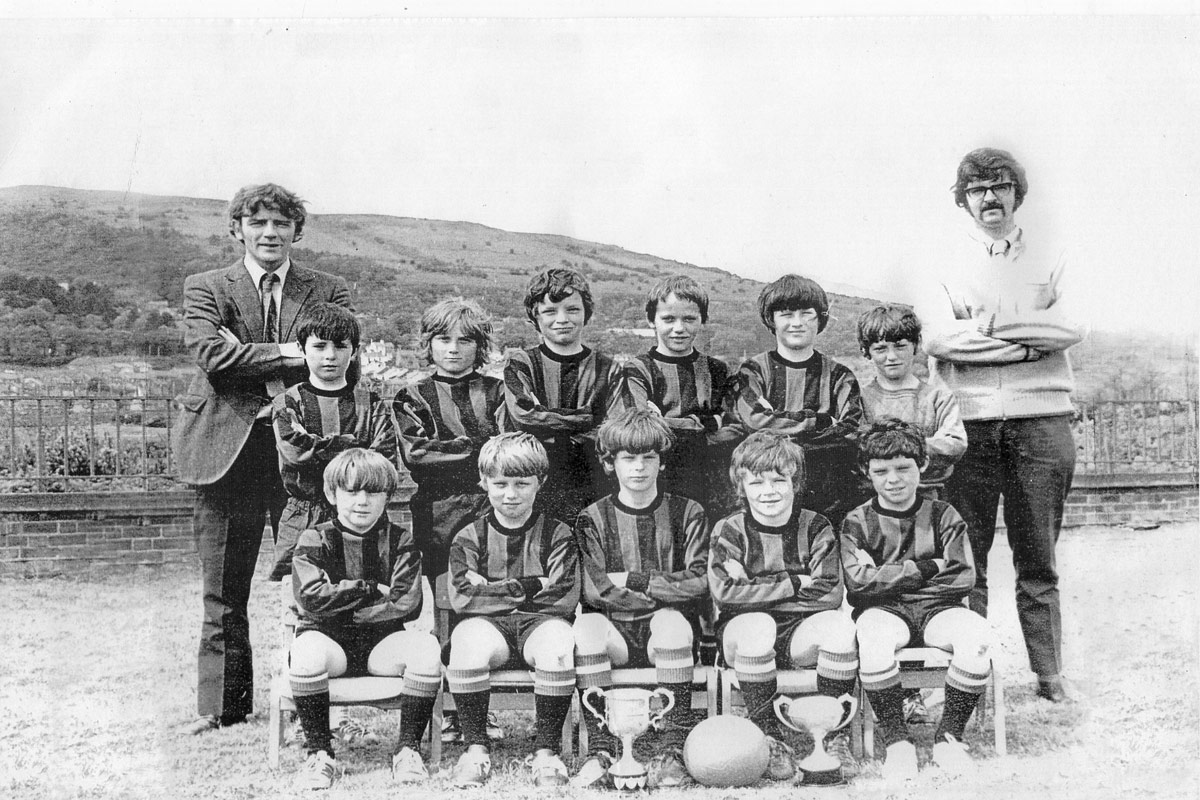 A photograph recently discovered in a local house has led one Newtownabbey man to embark on a quest to find where the players in his renowned school football team are now.Danny McLoughlin played left-back for the Stella Maris Primary School team in 1971, a year the school made history by having its first and second teams defeat all comers before competing against each other for the Newtownabbey Schools’ Cup.

However, due to the make-up of the school – which mainly consisted of Catholic members of the predominantly Protestant Rathcoole estate – the year was the last the team played together, as most players left with their families because of the Troubles.

For Danny, who lived in Rathmore Drive in the estate before moving to Elmfield, the discovery of the photograph was a reminder of simpler times.

“I run a glazing company and was doing a job for a guy in Glenkeen in West Belfast a few weeks ago. I didn’t recognise him at all but while I was there he said to me ‘I have a photo of you’.

“I didn’t know what to think or what he was talking about, but he suddenly pulled this out and it turned out we had played for the team together. It really took me back.

“The team was the Stella Maris Primary first team and they were winners of the Newtownabbey Schools’ Cup and Schools’ League, the only time any school had ever won them both in the same season. The school had such good players that the final of the cup was played between Stella Maris’ A and B teams.”

Danny says the first time the Troubles impacted on the players was one day when one of their friends didn’t turn up as usual.

“We had been playing with him at the Diamond pitches in the estate the night before but when we went to call for him the next day, his family were going down the road in a flat-bed lorry with all their possessions on it.

“I remember their neighbours shouting at them to stay and saying it would all blow over and there was only a bad element had got in. But we were just standing there with a ball, not understanding why they were going.”

He says it was sad that the youngsters went their separate ways.

“We were all from Rathcoole but scattered as the Troubles got worse and our families moved out of the estate. Being 10 or 11 you lost contact with everyone, especially as we didn’t have mobile phones or the internet to stay friends.

“You would maybe see one or two if you were playing for a team on a Saturday and they were on the opposing side, but that was really about it.

“We were such a good football team and most of us would have gone on to play for the secondary school and then who knows?”

Danny says every member of the team “lived for football” during the period.

“The Troubles didn’t bother us at all, our lives just revolved around kicking a ball. When we weren’t playing for the school, we signed up to the Boys’ Brigade to play there.

“Rathcoole was great because it was just an open playground for us. Every patch of green there was, there was a football game being played on it. As soon as we got out of school we were kicking a ball about, and during the summer it was tennis or even the Grand National, using hedges in gardens as jumps. It was a great time.”

Danny says the discovery of the picture has inspired him to try and track down the other members of the team.

“We ended up scattered far and wide, most to West Belfast initially as it was a safe haven. But I’ve ran into one of the players in Manchester and even another one walking on a beach in Jamaica.

“If we can get some of them together, the next stage would be having a reunion. That would be fantastic. And then who knows, maybe we might even have a game of football together.”

If you recognise anyone in the photograph or have your own memories about the Stella Maris team, contact Danny on 07713 625 922 or the North Belfast News on 90 584 444 or fill in the form below: