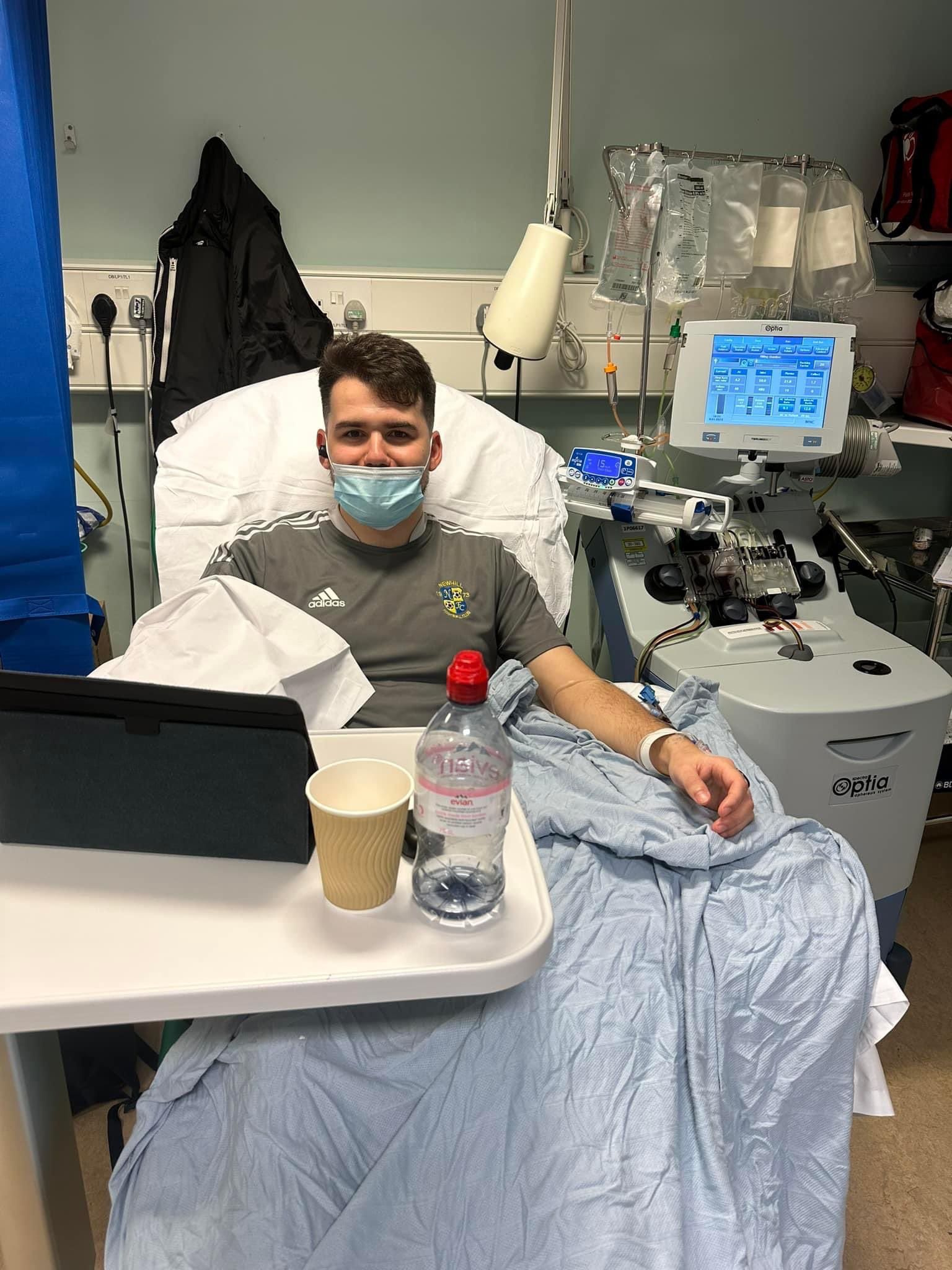 A 22-year-old man from Ballymurphy has encouraged others to donate stem cells after he discovered that he was a match.

Dara Conlon travelled to London this month to donate stem cells to a stranger. He said that he knew this was something he had to do as it “could potentially save someone’s life".

Since donating, Dara has been encouraging others to sign up to the register.

“I went to Magee University up in Derry and the Anthony Nolan stall were there one day,” Dara told the Andersonstown News.

The mission of the Anthony Nolan organisation is to save the lives of people with blood cancer and blood disorders. At present only 2.7 per cent of people living in the North are registered as stem cell donors.

“Just by chance I walked over to the Anthony Nolan stall, and we got chatting. They asked would I mind giving a swab of your mouth to send away as I could be a potential match.

“I did that and didn’t hear anything for three years. I was in work one day and got a call that said you’re a potential match and could you get your blood tested. I said yes, and they sent out a pack and I got my bloods tested by the doctors. After it was sent away, they came back and said that I was a match for someone and could I go over to London.”

Ready to become a lifesaver, and help people just like this?
If you're aged 16-30, join the register today: https://t.co/cPZNhTViFX https://t.co/xdq1qfXfdo

To join the stem cell register you need to be aged 16-30 as research has shown that younger donors increase a patients’ chance of surviving.

Dara explained the process involved in donating stem cells and said that whilst he “thought it would hurt, that it turned out to be fine".

“I’m not a big fan of needles and blood so I did a bit more research into what stem cell donation involved and realised I had to do it because at the end of the day it could potentially save someone’s life.

Dara said that his daughter was his biggest motivation for donating.

“I had a daughter this year and I was thinking that if that was my child, I would want someone to do the same. I had that mindset that this is someone else’s kid, I have to do it.”

What’s ya doing today? We have a young West Belfast man traveling to London to donate his stem cells, to give a stranger Hope of surviving their life threatening illnesses. #RealLifeHero join the stem cell donor registry @AnthonyNolan or @DKMS_uk up to the age of 55. pic.twitter.com/sfrM3hFOrv

There are two possible ways to donate stem cells with 90% per cent of people donating via their bloodstream.

“I was thinking the process would involve big needles and I thought it would hurt. Honestly, it was fine. The worst part about it was the week coming up to it you had to inject yourself with something called G-CSF so that goes into your bone marrow which increases the growth of stem cells that your body produces. Because of that there is a bit of side effects but it’s just a bit of a headache and bone pain and that is because there is so much stem cells being stored.

“I thought going into the hospital that it was going to hurt but honestly, I didn’t feel a single thing. It was so easy. I would one hundred per cent recommend it. It’s honestly not bad whatsoever.”