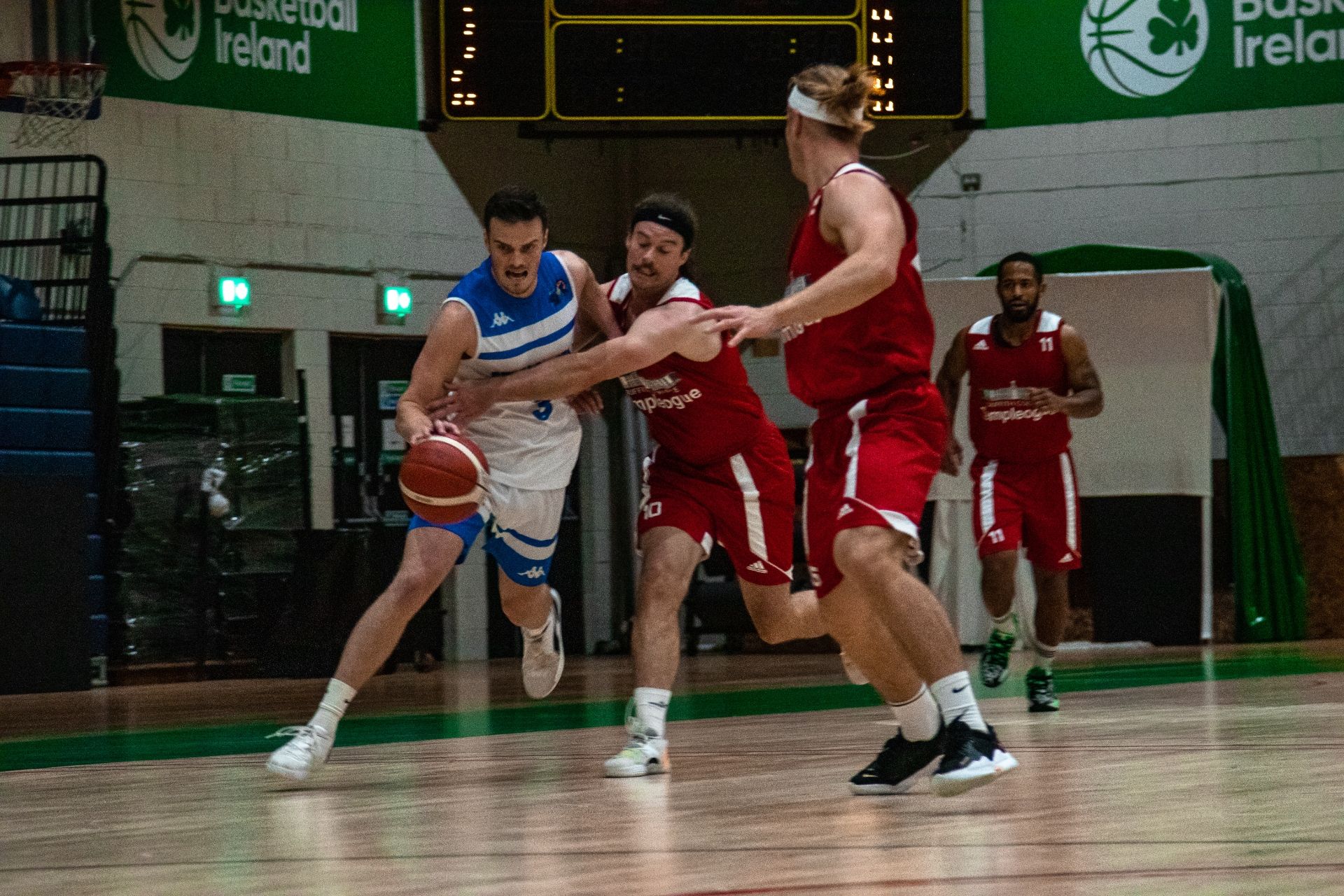 Minutes before the start of the game Star’s Aidan Quinn fell awkwardly in the warm-up and suffered a dislocated knee, his agony clear for all to see.

And while he was being taken to hospital, his team was starting sluggishly against a Marian side whose early pace caught Star out on several occasions.

This is a vastly changed Star team to the one who claimed League honours 18 months ago. Gone are CJ Fulton - now playing college basketball in Pennsylvania-based Lafayette University - and American Delaney Blaylock, Irish player of the Year in that winning run. Also gone from that side is Star veteran Keelan Cairns and Lisburn’s Dominic Lynn.

New to the squad are Americans James Claar and Austin Beech, alongside English duo Max Cooper and Jonny Foulds. And stepping up is the talented Irish youth international Darragh Ferguson.

Star’s biggest signing of the year - Lisburn’s Paul Dick, coming in from Tralee Warriors - was forced to sit this one out after contracting Covid-19.

Despite their slow start, Max Cooper and confident 19-year-old Conor Ryan brought Star back into contention in the first leaving them just two points behind at the end of the quarter, 18-20.

Claar then stepped up the pace in the second, dominating the home side’s scoring to help Star lead at half time, 40-37.

Ryan, Claar, Cooper and Conor Quinn extended the Star margin in the third to leave them four points ahead going into the final quarter and looking confident at 60-56.

However, Marian’s Serbian import Srdjan Stojanovic - who had played excellently throughout - really took charge in the fourth, landing 13 points as Star’s resistance petered out in the final few minutes. Stojanovic finished the game on 35 in total.

Star’s Coach Adrian Fulton said afterwards: “What happened to Aidan Quinn was a shocking blow to us, just moments before the start of the season. It certainly rattled us but the guys got to grips with the game and we did very well in parts.

“We have yet to gel fully as a newish squad and obviously we look forward to getting Paul Dick, Liam Pettigrew and Adam Ryan back to fitness. I though young Conor Ryan did exceptionally well, and we were delighted to give Darragh Ferguson his Super League debut."

Top scorers against Marian were James Claar 21, Max Cooper 18 and Conor Quinn 12. Star play Killester this weekend in Dublin followed by a home outing against Templeogue in La Salle on Saturday.