Big hearts in a small community 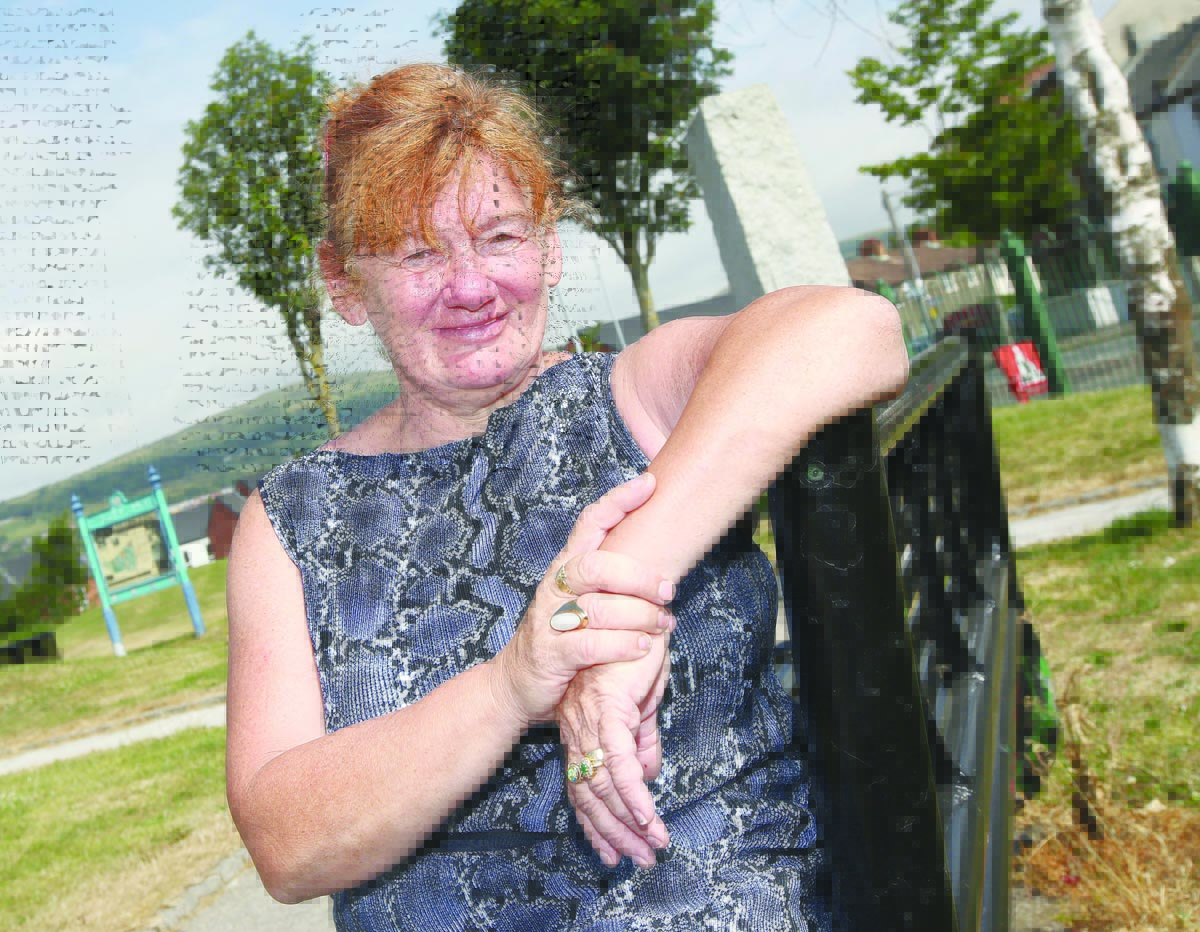 BUSY SUMMER AHEAD: Patsy Godfrey was there at the modest beginning of the Association – and she’s part of its bright future

FOR those who are not familiar with the geography of ‘The Bone’, Patsy Godfrey from the Marrowbone Community Association explains that the area stretches from Glenview Street to nearby Ardilea Street – neatly wedged between the Oldpark and Ardoyne.
The Bone is a small area by most standards, but what it lacks in size, it undoubtedly makes up for with a massive community spirit – one that is epitomised by Patsy and others like her.
For over 20 years, the Marrowbone Community Association has helped local residents with an array of housing and social issues and Patsy has been there since the beginning.
Now a youth worker at Marrowbone Youth Club, Patsy was in the midst of organising an activity-packed summer scheme when we caught up with her to reflect on the Association’s humble beginnings – and its bright future.
“When we originally started the Association, the Housing Executive gave us two derelict houses because the kids of the area needed somewhere to go,” Patsy explained.
“We brought the kids in there at nights, doing different activities and events.
“As things went on we got about three or four buses to take the kids out of the area. So the kids were piled into these buses to go on trips. They were almost standing on top of each other, but it was good craic. It was a brilliant time.
“It was great because it gave the kids scope. It gave them something to do and something to see. They got to go to places they had never been. It might seem silly, but we would go over the Black Mountain on bikes and the kids would come back boasting to their mates, because they never had those opportunities before. If it wasn’t too far away we would walk to it. It got them out of the environment that they were in.
“People just wanted to do the best for the children of the area. It was for the good of the children of the area, and for my own children. I was hoping that they would take a path that was right. It was brilliant people in the area that instilled those values into us.”
The formerly derelict houses have survived the years, albeit with a fair amount of renovation work, and still serve as the Marrowbone Community Association’s offices.
However, having taken ownership of the local Sacred Heart Parochial Hall, the Association has secured £500,000 to turn it into a brand new community hub. Patsy also told us that things are on the up in terms of funding for youth services.
“This is the first year we got a further grant for youth provision, and it has been like winning the lottery,” she said.
“It just means we can do that bit extra for the kids.
“This summer we’ll be away out of the area. We go to Helen’s Bay, Dublin Zoo, Tayto Park, and a lot other trips. There was a brilliant Fun Day here yesterday. It’s £2 a day but the kids are away all day. It’s amazing what they relate back to us.”
Patsy added: “I might have been lucky because my parents always worked and we had a car, but there’s loads of kids who wouldn’t get out of the area without the summer scheme.”
With four children, 10 grandchildren and one great-grandchild of her own, Patsy is kept just as busy outside of work. However, true to her nature, Patsy is always on hand to help the community.
“Even if I wasn’t working in the community, I would be there to help people.
“I’m supposed to be a 17-hour-a-week youth worker, but I would do a lot of voluntary hours.
“It’s great getting 17 hours pay a week when you’ve been doing it for nothing all of your life. It’s a 24-hour seven days a week job.
“It’s about being there for kids, because you’re a role model for them. You have to be ready for the ups and be ready for the downs, and be there for them when they need you. That’s what youth work is about, and that’s what community is about.”