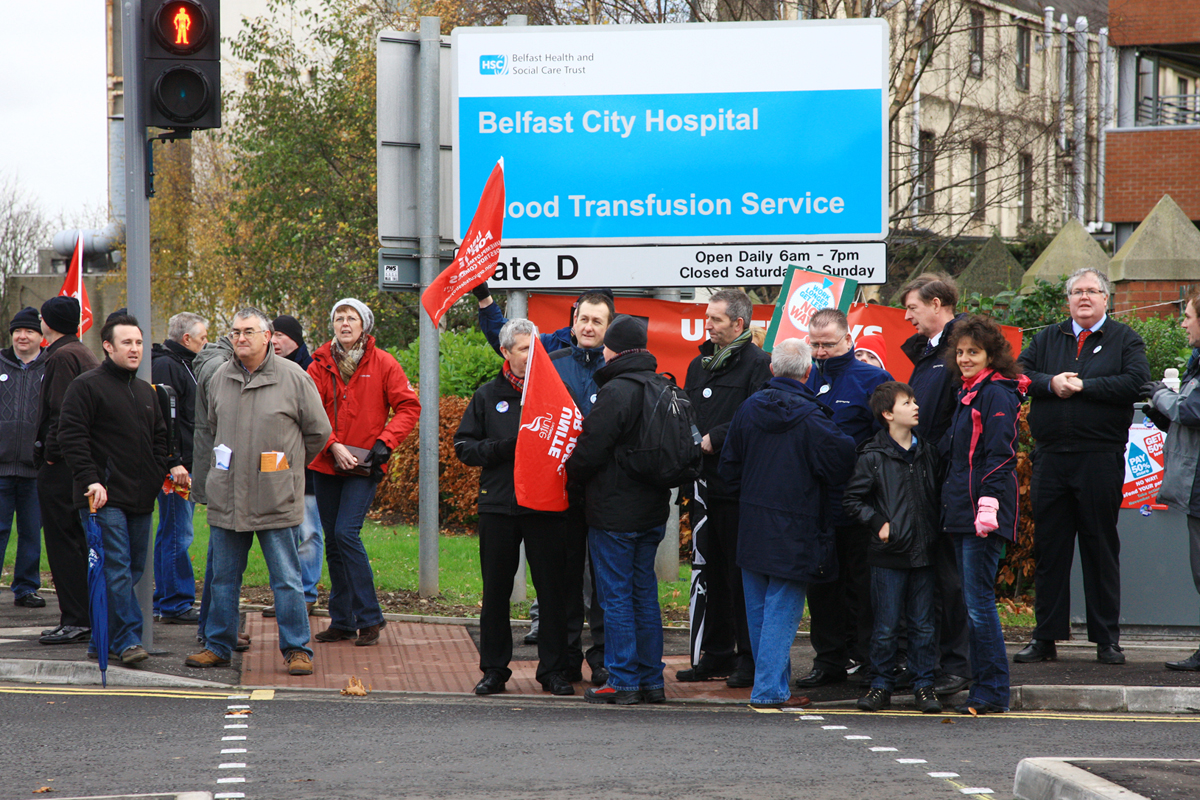 I picked up a leaflet at Stormont produced by the Assembly Information Service entitled ‘Your Assembly; Working for you’ which got me thinking about the Assembly and its impact on society. On a daily basis I look around and see my colleagues taking part in debates, working on committees and completing constituency casework and while I do not doubt the dedication to the electorate by the majority of the elected members I have become increasingly doubtful of the relevance of the Assembly outside the gates of Stormont.

When I entered politics it was because I wanted to make a difference to the lives of people in Northern Ireland. At first my role was within the peace movement, getting involved in groups such as the Peace Train. This background influenced my support for the Good Friday Agreement which I saw as the building block for local people making decisions for the good of local people. For too long direct rule ministers had made arms length decisions that often negatively impacted on local communities and businesses with no accountability to the electorate.

So thirteen years on from the signing of the Good Friday Agreement are the locally elected ministers making the difference that we envisaged and delivering for communities in South Belfast and across Northern Ireland?

Meeting constituents in South Belfast I do not believe people on the ground believe the Assembly is working for them. There is a very real feeling of ‘them and us’ among many people I meet. Last week we saw many thousands of union members taking to the picket lines to protest at cuts to public spending. While this was a national strike it is not the first time in recent months that our local public servants have felt the need to take to the streets to defend the public services we all depend upon on a daily basis.

In South Belfast we have seen a relentless attack on our public services that seems never ending. In health the closure of the City Hospital Accident and Emergency Department was a bitter blow for the community it serves, especially two years before the completion of the Critical Care unit at the Royal Hospital.

In education the recent announcement of the closure of Dunmurry High School will see many of our children from the Village, Sandy Row, Donegall Pass, Taughmonagh etc having to find an alternative school - including those in the midst of their GCSE study.

Libraries were another target for the Executive hatchet with the closure of Sandy Row and Belvoir, and now the proposed reduction in hours at Carryduff, Cregagh etc, which could bring into question the long term viability of the libraries.

Even policing has not avoided the cuts with the proposed closure of Donegall Pass Police Station.

People on the ground are fearful of where the axe will fall next.  Our young people are leaving school and college with no prospects of employment. Those who have been made redundant face many years on benefits with few job prospects in the public or private sector. Our education system is under strain while our national health service is being decimated to the advantage of the private sector.

All of this is increasingly leading to the feeling on the ground that the Assembly is not working for the people, something the two largest parties need to consider next time they decide where their priorities lie.