BLACKSPOT: ANOTHER CRASH AT DEATH SCENE 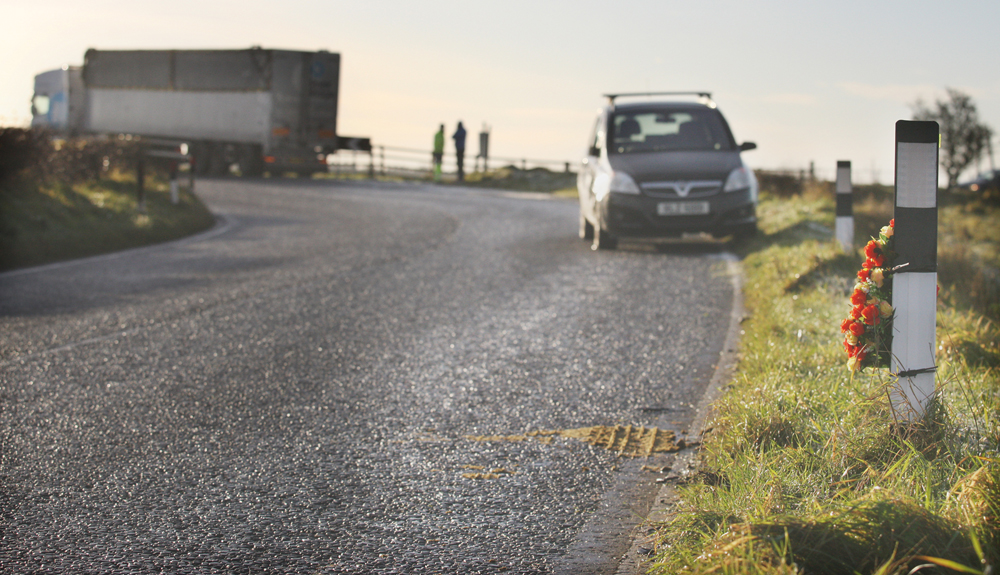 A WARNING for drivers to exercise extreme caution has been issued following another crash yards from where a young father-of-two lost his life just six weeks ago.
Police received a report of a road traffic collision around 9.30am on Wednesday morning involving a car and a lorry on the Tornagrough Road near Hannahstown. Temperatures fell below freezing overnight and there was a warning to expect frost and fog in some parts. It’s not known if the weather played a part in the latest accident.
36-year-old Morgan Denny from Dunmurry died after his silver Nissan pick-up was involved in a collision close to the junction of Rusheyhill Road in September.
West Belfast MP Paul Maskey called on the Department for Infrastructure to ensure roads are gritted and markings repainted so that drivers can see where they are going on the sharp bend.
“Thankfully no-one was seriously injured on Wednesday morning, we are obviously coming into winter which means icy conditions and poorer visibility on our roads,” he said. “
I would urge the Department to ensure and be mindful to make our roads as safe as possible and urge caution on all sides. We hear about budget constraints but that shouldn’t play a part on human safety.”