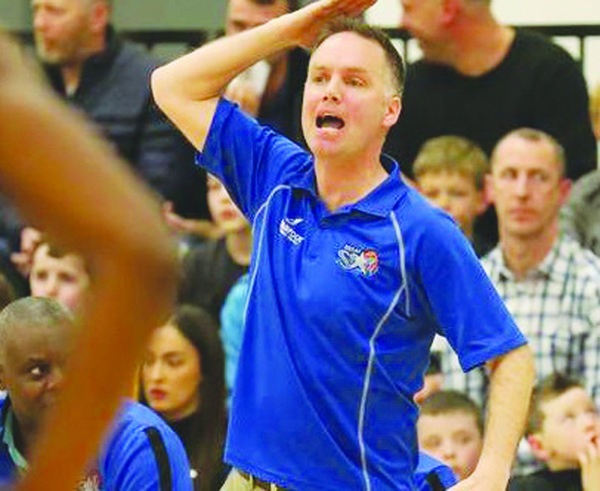 Adrian Fulton was named Coach of the Month for December

IF you were looking for true grit in Irish basketball, it was there in abundance last weekend in La Salle as Belfast Star held off a battling Killester side 90-83 to stay top of the Super League alongside Tralee Warriors.

And no-one exemplified the gutsiness of Coach Adrian Fulton’s side more than American Delaney Blaylock who delivered an outstanding performance on both ends of the floor to finish with 34 points in a slugfest of a game.

In front of yet another full house, the game was in the melting pot right up until the final few minutes when Blaylock, CJ Fulton and Sean Quinn stepped up to deliver the final blows. Fulton produced a hugely important 10-point burst while Quinn dropped a roof-raising three-pointer.

Speaking afterwards, head coach Adrian Fulton said: “That was a real dogfight and we’re massively delighted with the win.

“Indeed, it’s as good a victory as we’ve had all year. Killester were super tough and we had to battle really well to hang in there.

“Throughout the entire game it was nip and tuck but the crowd were terrific again and really helped us over the line. They were treated to a proper game of basketball, tough and competitive but thoroughly entertaining.

“Once again, Delaney Blaylock was absolutely terrific for us at both ends of the floor.

“He put in a genuinely top-class performance. His pure talent was there for all to see and his work rate was tremendous.

“But we also got significant contributions from lots of players including Sean Quinn who gave us a great spark off the bench late in the game. Keelan Cairns made some big shots, David Jallow, Liam Pettigrew and Conor Johnston had a terrific battle with Killester’s big men.”

Awards for Fulton, Blaylock
To crown off Star’s dramatic December surge to the top, Coach Fulton has been named Coach of the Month by Basketball Ireland, while Delaney Blaylock picks up the Player of the Month Award – a huge personal accolade for the player who had just spent several weeks out with injury.

Star sit out the action this weekend with the Cup semi-finals taking place. The following weekend, they are away to Galway side Maree.