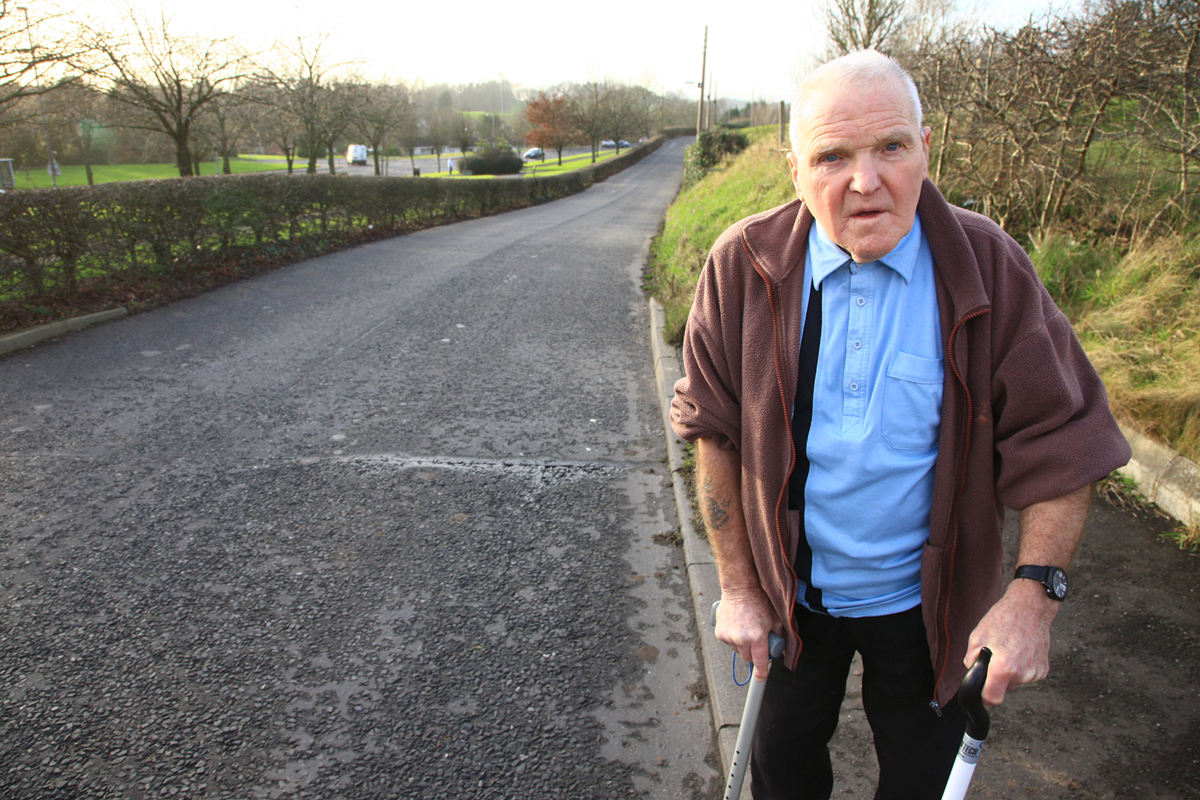 A South Belfast pensioner who is blind and partially deaf has called for traffic calming measures to be installed near his home, as he is “taking his life into his hands” every time he crosses it.

Eighty-six-year-old Samuel Millar needs to cross the Old Milltown Road just outside Belvoir each day in order to reach shops on the far side of the estate from his Millburn Court home.

However, because the pensioner is unsteady on his feet and suffers from several conditions, he says he fears for his life each time he does, as there are no road crossings there to help him or slow speeding drivers.

“I have lived in Belvoir for 30 years and in Millburn Court for 19 years now but there has never been any crossings put in around here in that entire time. I am on a war pension and don’t think I am asking for much in the big scheme of things.

“I have been blind for the past four years and use walking sticks if I have to travel any distance, so there have been a few times where, if not for the skill of the driver, I would be a dead man.”

Samuel said he had tried to get local councillors to back his calls for the measures to be installed but to no avail.

“I have gone to Castlereagh Council to try and get councillors to help me out several times but each time I’m told they are busy and can’t help me. They just don’t seem to be interested in my problem. No-one seems to care unless it’s election time.

“I’m getting nowhere and nothing is being done to help me. I’m sure I’m not the only person who needs help crossing that road as well, so it’s not just me calling for this.

“It wouldn’t even just help me either – there are lots of schoolchildren go up and down this road each day to get to the shops and they could be hit by a car as well.”

A Roads Service spokesperson said the organisation had recently carried out a review of previous assessments on the Old Milltown Road.

“These considered various factors including the speed and volume of traffic; the previous three years personal injury collision statistics and environmental factors such as the presence of schools, playgrounds, hospitals, clinics, shops, public buildings and whether or not the road in question is used as a through route.

“The results of this review indicate that this location achieves a high priority and may be considered for inclusion in future traffic calming works.”