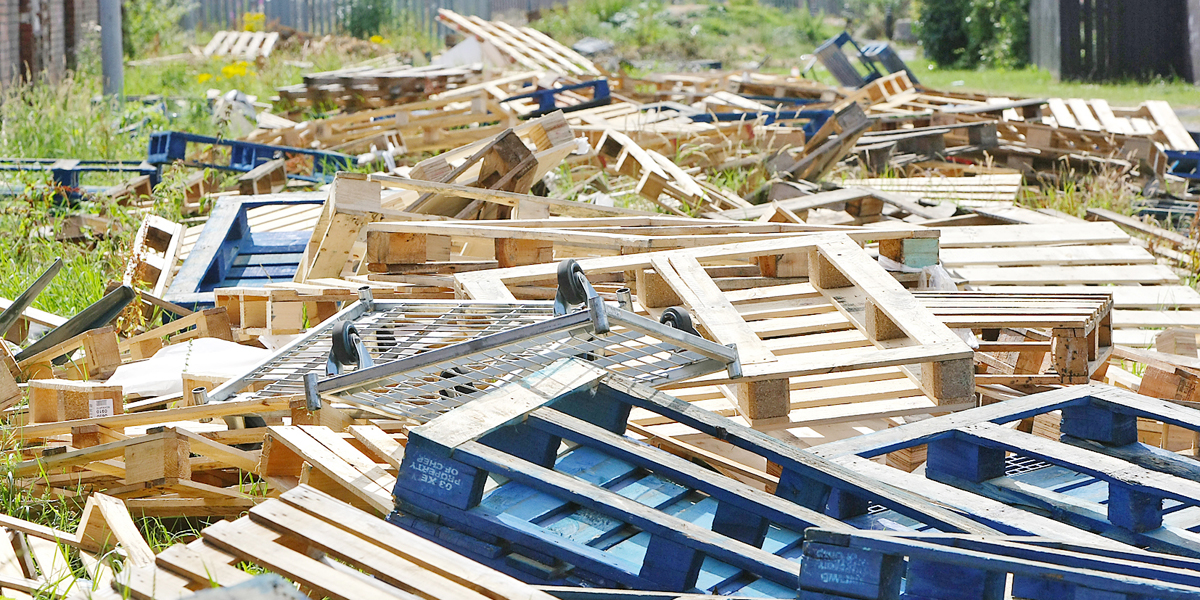 SEVERAL areas across West Belfast have become dumping grounds in recent weeks as youths gather wood and other debris for bonfires.

The August 9 bonfires, once popular across nationalist areas to mark the anniversary of internment, have all but disappeared in recent times but there are still those intent on staging blazes despite community opposition to the anti-social activity associated with them.

While the majority of people in West Belfast will be participating in the jam-packed festival of events organised to mark the 25th anniversary of Feile an Phobail, there’s evidence that others are planning to mark the week in a more sinister way.

The upper Springfield, Beechmount and the lower Falls all have piles of debris waiting to be ignited while there is evidence that youths in the Colin area have also been collecting debris and storing it to avoid Council removal ahead of next week.

By far the biggest collection is in the lower Falls where it is being deposited on wasteground behind Cullingree Road, next to the motorway.  Tyres, pallets, uprooted trees, doors and furniture lie strewn across the land waiting to be piled into a bonfire for next week.  Those gathering the wood have even managed to build themselves a makeshift hut under the Westlink walkway bridge, such is the amount of material gathered.  We asked a few people in the area their thoughts on the collection and the views were varied.

“It just makes a mess,” said one man, passing over the bridge.  “Look at the state of the place, and it will be worse when it’s all burnt.”

“That’s not what I’d call  entertainment,” said a woman passing by.  “There might not be a lot for the kids to do but they don’t need to be at this.  It’s the residents who will suffer as usual.”

Another woman said she could see no issue with the annual ritual.

“It was okay to do it for years and now we’re told it isn’t, well why not? I don’t have a problem with it at all,” she said.

In Beechmount, wood and other debris is piling up on land sandwiched between the Mica Drive Day Centre and St Paul’s Primary School.

When we visited the site on Tuesday, scores of youths were scurrying around the growing pile of pallets, sofas and rubbish.  Again, there was little enthusiasm from passers-by.

“I don’t know why they bother with it,” said one woman.  “All it does is attract drinkers and young ones up to no good.”

The most grimmest site, however, was in Moyard in the upper Springfield where a quantity of wood is piled up beside a children’s playpark in the estate.  The playpark gates are closed and padlocked due to recent vandalism and so children as young as six are playing on the gathered pile of wood nearby.  While Belfast City Council says discussions about the future of the redundant playpark are ongoing, the upper Springfield has its own schedule of positive events to coincide with Féile and Seamus Finucane of the Upper Springfield Community Safety Forum urged people to get involved in these rather than the bonfires.

“There is an alternative,” he said.  “Féile an Phobail is taking place at the same time and we have spent months organising diversionary activities in the Upper Springfield.  We would ask that rather than destroying this area and environment and making it difficult for residents, people participate in these diversionary activities.”

“We are well beyond having to celebrate or commemorate internment with the likes of a bonfire,” he said.

“While there is a small minority who attend bonfires for political reasons, the events are massively overshadowed by the anti-community activity that takes place.  Drink and drugs are taken and last year in Beechmount residents’ homes were attacked.  These events have become attractions for people involved in anti-community activity and the residents don’t want them.

“There are alternatives in all areas usually affected by bonfires and we have the Feile on too. There is no need for them, they do nothing but destroy the community.”