BOOKS: First hand reports of the great hunger will shake you to your very marrow 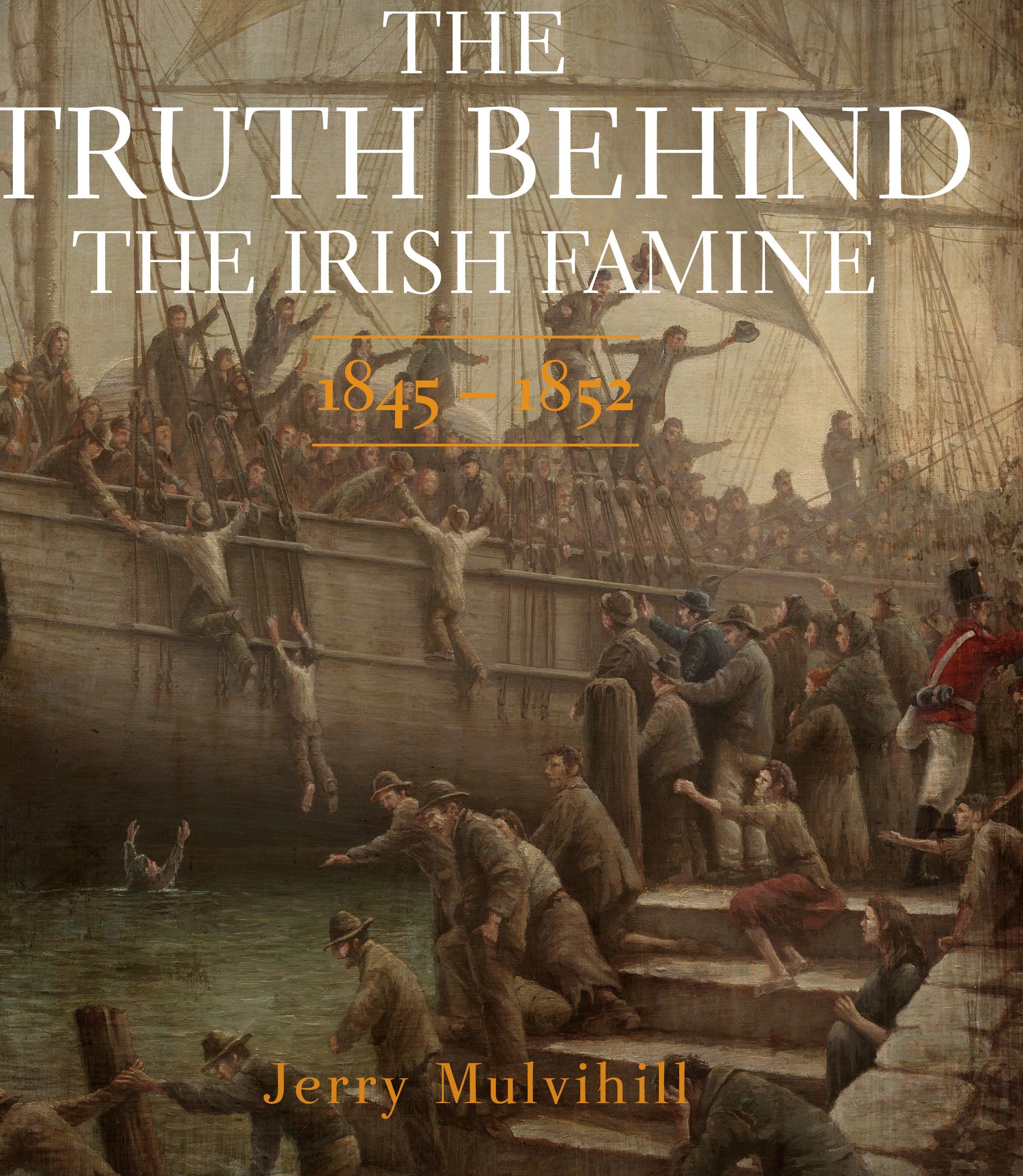 The Truth Behind The Irish Famine (3rd Edition) by Jerry Mulvihill

Author Frank Delaney once wrote "To have come from Ireland, no matter how long ago, is to be of Ireland in some part forever. The Great Famine is part of our Irish history.” With firsthand oral and written accounts of those years, Jerry Mulvihill's third edition of The Truth Behind the Irish Famine infuses an authentic history of heartbreaking life and death.

When I offered to review this book, I was unaware of the immensity of Mulvihill's research and work. His epic is a labour of love and I opine it has now become the primer and most comprehensive narrative of the Irish Famine.

His research spans from ancient Ireland through post-famine years. In addition to numerous paintings and sketches not previously seen in the first two editions, the first-person oral and handwritten accounts of those years will stir your emotions.

The author includes the observation of Englishmen in Ireland as early as 1783 with German Travel Writer Karl Gottlob Kuttner’s first-hand commentary: "As soon as certain Englishmen set foot in Ireland they obtain an air of importance that often contrasts quite ludicrously with the actual situation and circumstances at home. Full of base national prejudices they look at everything through tinted glasses, construct deficiencies and shortcomings where they find none and then admire their own perspicacity. Bursting with the idea of the real and true greatness of their own country, they think themselves as superior to each Irish individual as sees England as superior to Ireland."

The attitude toward and treatment of the Irish only worsened as the famine did. In 1843, Charles Trevelyan who later became the English Relief Officer during the famine, claimed that assistance to the Irish was unwarranted as the famine was a "judgement of God" for the "perverse and turbulent character" of the Irish people.

The Irish people, farmers with no crop and animal stock confiscated, were then expected to pay exorbitant rents.

When unable to pay rent, families were evicted and their dwelling places destroyed.

Josephine Butler, a social reformer, wrote in 1846 "Sick and aged, little children and women with child were thrust forth into the snows of winter. And to prevent their return their cabins were levelled to the ground and burned, the few remaining tenants were forbidden to receive the outcast ... the majority rendered penniless by the famine, wandered aimlessly about the roads or bogs till they found refuge in the workhouse or the grave. "

With the widespread land evictions came widespread criticism. In defence of the English, Lord Broughman made a speech on March 28, 1846 in the House of Lords stating that a landlord's right to do as he pleases was meant to teach and strong-arm tenants so as assure "that they have no power to oppose or resist." By 1847, eviction in Ireland became synonymous with extermination, according to Sidney Osborne, an English cleric, philanthropist, and writer.

Jerry Mulvihill's anthology of historical writings and speeches meticulously illustrate and eloquently voices how Irish families were destroyed by the famine, of how their spirits were meant to be broken, of how suffering often ended in death, and of how these stories are very much a part of who we are.

It is difficult to read and learn about the anguish our forefathers suffered at the hands of oppressors, yet it is our history and should be known among us. The collection of  thoughts and feelings of famine writers and artists expressed within Mulvihill's work is powerful and can shake you to your marrow as well as increasingly awaken your identity.

Mulvihill has dedicated himself to preserving our history and raising our consciousness. He wrote: "The Irish people who passed away during the famine have a story that needs to be told and fully understood. It is of the utmost importance that their suffering was not in vain. May they humble and remind us how fortunate we are today. Let them awaken us to the suffering that still exists within entire populations. They will never be forgotten."

You can see more about the new book here. J.C. Sullivan is internationally-published and writes from Northfield Village, Ohio.