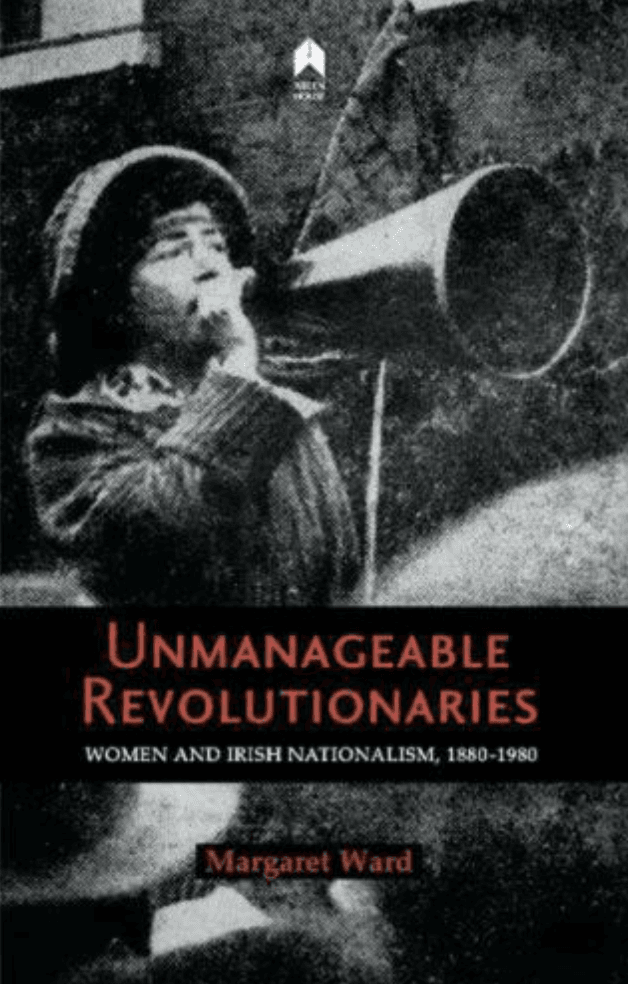 IT is many years since I last read the groundbreaking Unmanageable Revolutionaries by Margaret Ward. If I was to guess, it would have been around 1990. Despite at that stage being seven years old the book felt as fresh and revolutionary a ‘history’ book as was possible to read.

Ward’s mission was to disrupt the conventional historical presentation of the Irish revolutionary period and include the formidable women that had to date been largely written out of the history books. It was and remains an extraordinary tour de force introducing a whole generation to the mind shift required to include more than the traditional interpretations of history and search for those deliberately obscured.

Margaret Ward was at the time in a small but formidable group of Irish historians whose scholarship created something revolutionary in its own right. With the late Dr Margaret MacCurtain and others, 1980s and 1990s historical academia pointed to class, gender, and power relationships which served to reinforce patriarchy. Pointing to the benefits of inclusive approaches to our history, and widening the scope of value, was in itself a revolutionary act at a time when women were still being kept in Magdalene Homes and children in brutal institutions and the southern state voted to give the life of an unborn child equal status to a mother.

This edition is more expansive on the role and sacrifice of Cumann na mBan, and in particular how they were targeted for a different form of violence to men. Something which has resonance as we understand our own latest conflict.

As we navigated our way through the decade of centenaries, the role and contribution of women to the revolutionary period were uncovered and became known to us in an unprecedented fashion. That is in no small measure as a result of the foundation stone laid by Unmanageable Revolutionaries. This has been critical to the contemporary debates on the role of women in society and politics itself. How can we be serious about equality if we do not understand the role of women in our history and the role of patriarchy in erasing it? Writing women back into history writes women back into the present.

It is timely, therefore, as this decade of commemoration draws to a close that Margaret Ward has released a new edition of this groundbreaker. Benefiting from the additional scholarship which has built on her original book, this is a more expansive piece which includes more detail, particularly on working class women and their contributions. Gender inclusion is always a cross-cutting matter. Women are generally excluded, and those chosen for inclusion, when forced, are often middle class. Working class women are often therefore rendered doubly invisible. This edition is more expansive on the role and sacrifice of Cumann na mBan, and in particular how they were targeted for a different form of violence to men. Something which has resonance as we understand our own latest conflict.

If there is one criticism of the book it is mild. The final chapter brings the history of women involved in revolution in Ireland up to date. It is a gallop through the peace process and negotiation periods and the decade plus of devolution. Standing in stark contrast to the precision of previous chapters, it focuses on women’s political representation in broad sweeps and does not give the same detailed attention to the contributions of individual women or prevailing conditions for women in that period. That is perhaps another book, waiting to be written, although scholars such as Niall Gilmartin and Theresa O’Keefe are colouring in that landscape with their work. However, that should not take away one bit from this update of one of the finest contributions to our collective understanding of the revolutionary period and to feminism itself. This update should be part of any serious historical or feminist bookshelf.