Boxing:  Agyarko raring to go after signing with Hearn 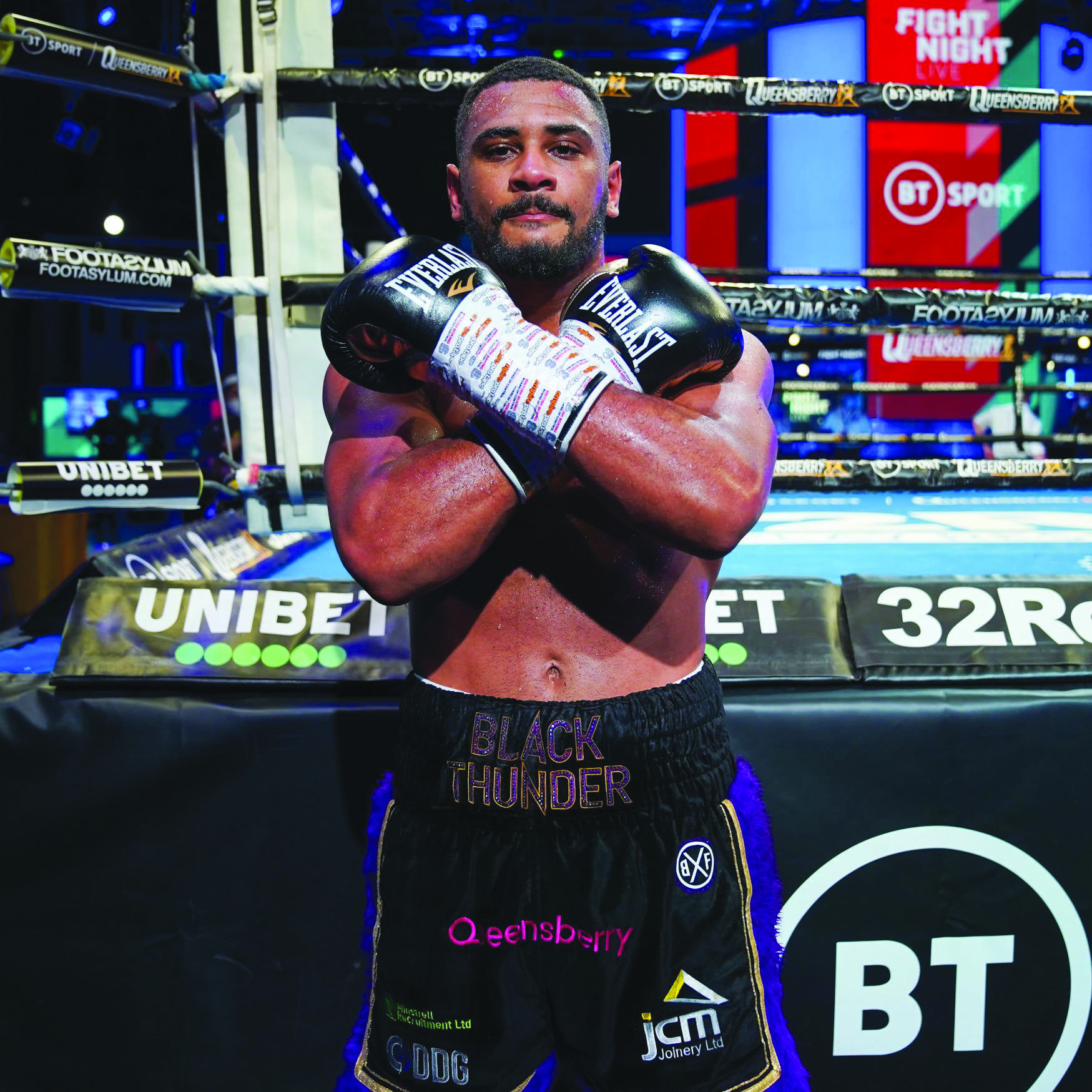 HAVING teamed up with promoter Eddie Hearn, Caoimhin Agyarko says he is raring to get back in the ring and make his debut under the Matchroom promotional banner in the coming weeks.

The former Holy Trinity amateur has already built a professional record of 9-0, but last week penned a deal with Hearn that will not only see him fight on DAZN, but also back in his home city.

The 24-year-old middleweight is touted as one of the city’s rising stars and his reputation grew further when being drafted into spar Billy Joe Saunders ahead of the Englishman’s showdown with Saul ‘Canelo’ Alvarez back in May, but his own career stalled somewhat this year as he has boxed just once.

However, since teaming up with a new manager in Paul Ready, ‘Black Thunder’ seems to have gained traction and he believes his deal with Matchroom will help him start pushing on, with his first fight back expected to take place in Liverpool on December 11.

“I’m over the moon to sign with the Matchroom team,” he said.

“It’s a great opportunity for me to display how good I am on DAZN and I feel like Eddie is the man to help me become the first black Irish world champion.

“I was coming out of contract with my previous promoter (Frank Warren) and my manager Paul (Ready) told me there were options on the table and thankfully we got things done with Eddie and Matchroom.

“I’ll be out before the end of the year in a 10-rounder, maybe for a title, and there’s no doubt I’m going to bring fireworks.

“I’ve been inactive this year - only out once - so I’m raring to go. I’ve been in camp for the past 10 weeks already and a date we’re working towards which isn’t too far away, so I’ll be ready to go when I get the call.”

Really excited with this one! Welcome to the team @caoimhinagyarko @DAZNBoxing @MatchroomBoxing 🔥 pic.twitter.com/wGrdpT8twW

The West Belfast man has an exciting style, with his boxing skills gained when boxing for Holy Trinity where he amassed six national amateur titles now mixed with a slick yet aggressive pro style that was won many admiring glances.

“Caoimhin has a real viciousness to his fighting style and is sure to be a fan favourite for DAZN viewers all around the world. ‘Black Thunder’ has a remarkable story and I look forward to guiding him towards some huge nights in Belfast.”

His manager, Ready, insists that his new signing will soon make an impression on those fight fans who may not be familiar as yet and confirmed it will be back in Belfast where Agyarko will be heading again having not fought in his hometown in over two years.

“I’m delighted to have secured this deal for Caoimhin,” said the Director of STN Sports.

“He’s a special fighter who can box and fight - those who don’t know about him soon will and are in for a treat. Special thanks to Shaun Palmer at Matchroom for the smooth process with this deal. Belfast we are coming!”

That is music to the ears of Agyarko who is keen to start pushing towards world level.
It is anticipated a ranking belt (International, Inter-Continental etc) may be the first stop on this new phase of the journey to begin the ascent.

It has been a while since the SSE Arena was packed with boxing fans, but it is expected the venue will soon see Hearn return to the city with Agyarko front and centre.

“I want to get to world level as quickly as possible,” insists the Belfast man.

“There is no doubt he (Hearn) will get me the right fights and make me the star that everyone wants me to be.

“I want to be the first black Irish world champion and I need to go back and repay my fans with some big nights and world title fights at home. That’s a long way down the line, but I want to start building my career back in Belfast as soon as possible.”