Boxing: Coach Walsh has no fears for his charge behind enemy lines 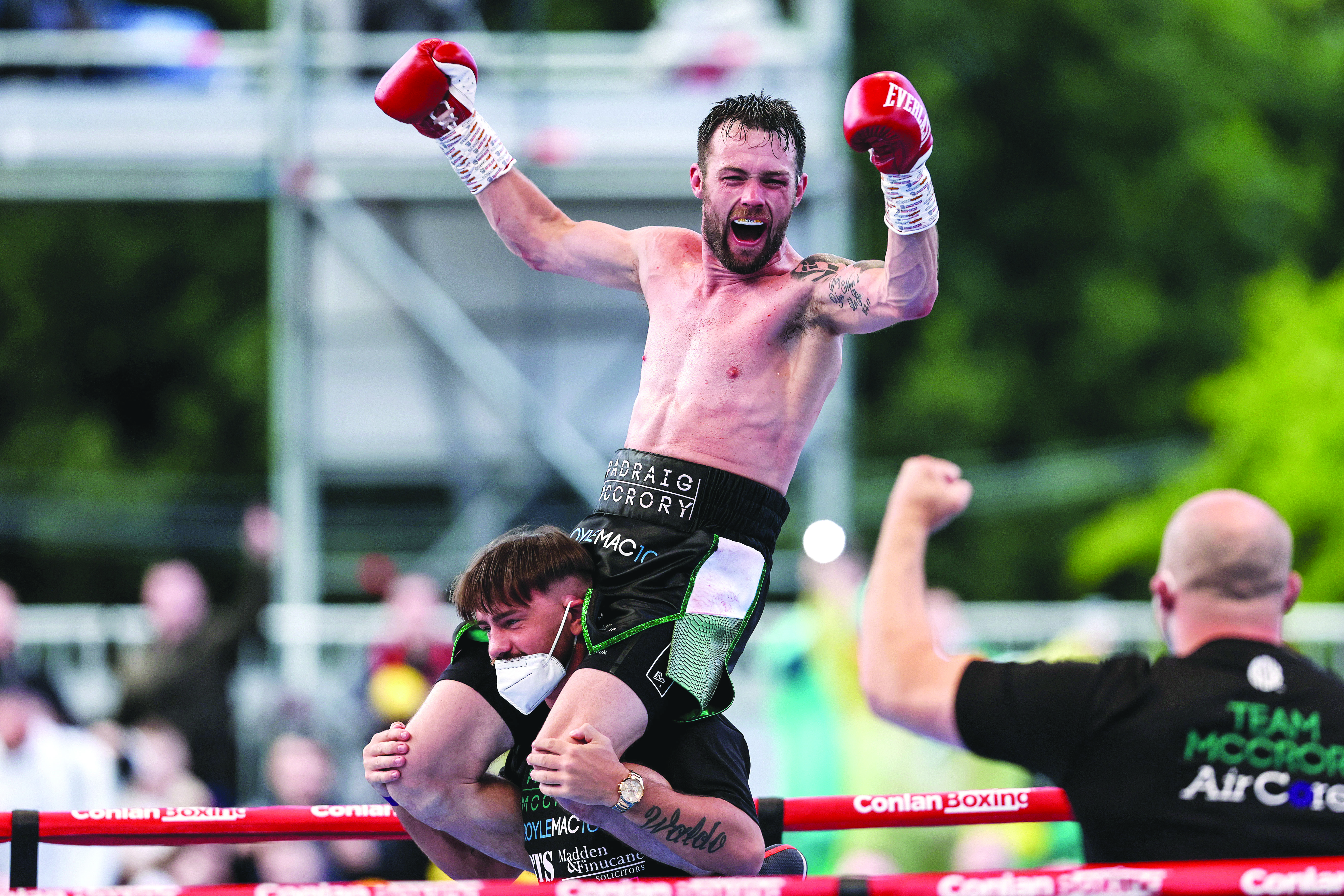 THE prize on offer for Padraig McCrory on Saturday night at the Fabriksporthalle in Frankfurt, Germany, is an IBO light-heavyweight title, but also the opportunity to set-up some mega fights against boxing’s ‘A-List’ should he prevail.

Standing in his way is local man, Leon Bunn, who is perfect through 18 fights and harbours the same ambitions as the West Belfast man with both knowing this could be the golden opportunity they have worked towards.

McCrory is stepping up to the 175lb division for the first time having opted to turn down an EU super-middleweight title challenge to Gustave Tamba - the lure of becoming a bona fide force at world level much too great to turn down.

Despite the extra weight, he faces a man whom is not the biggest of the light-heavies and indeed, McCrory may well hold the physical advantages outside of his noted dynamite fists that have seen him cut a swathe through previous opposition.

Bunn may be a tricky target to pin down, but McCrory’s coach Dee Walsh has every confidence his man has the required skills to create the openings and should the be the case, McCrory’s power speaks for itself.

“He is very tough, strong, has a good jab, but not as skilful as ‘Pody’,” said Walsh.

“What he doesn’t have in skill he makes up for in strength and has a pretty tight guard, so he will be hard to hit clean. At one stage he had the same coach as Arthur Abraham so his style is almost identical.”

The move up in weight holds no concerns for Walsh, a man immersed in the sport, who believes the extra seven pounds will not just result in a more powerful McCrory, but a quicker and slicker one.

“I’ve noticed that when someone moved up in weight, they tend to be that hair faster, which can make a difference,” he noted.

“If Pody can carry that power up with him then he will be quicker and more powerful, which is an advantage.”

The TG4 cameras will make the trip to Germany and broadcast the title fight throughout homes in Ireland.@padraigmc1988 🥊https://t.co/Ma1XWLkCDX

The Tamba fight was also due to take place this weekend but the opportunity to travel for a bigger opportunity was much too good to turn down.

Going into the opponent’s back yard will be a new experience for the team as professionals, but coach and fights - former amateur team-mates - have seen plenty over the years and are in no way intimated by the challenge ahead.

Walsh has studied Bunn to the nth degree and sees nothing they should be overly concerned about although acknowledges they are in against a very accomplished fighter.

Should the St James’ man deliver what he is more than capable of, then a mega fight against one of boxing’s leading lights and the rewards that brings could be just around the corner.

“He was always comfortable making super-middle, but this opportunity arose so we had to take it,” Walsh insists.

“Pody boxed at 81 kilos as an amateur and although professional boxing is very different, he has taken a punch up at light-heavyweight.

“I wouldn’t say he (Bunn) carriers body fat, but looking at him he doesn’t have the physique of someone at world title level so really it’s two super-middleweights fighting at light-heavy, so I don’t see an advantage.

“When he wins this title he could get a big offer depending one how he performs and how he feels at the weight.”

Also in action in Frankfurt on Saturday is Kurt Walker who will face Colombia’s Yin Caicedo over six rounds. The  Lisburn man impressed in a step-up at the SSE Arena in August when getting the better of Marcos Gabriel Martinez and will continue his pro education against Caicedo.

Conlan Boxing’s other prospect, Kieran Molloy, is also in a six-round contest with he Galway man set to face Georgian journeyman Sandro Jajanidze in a light-middleweight bout.