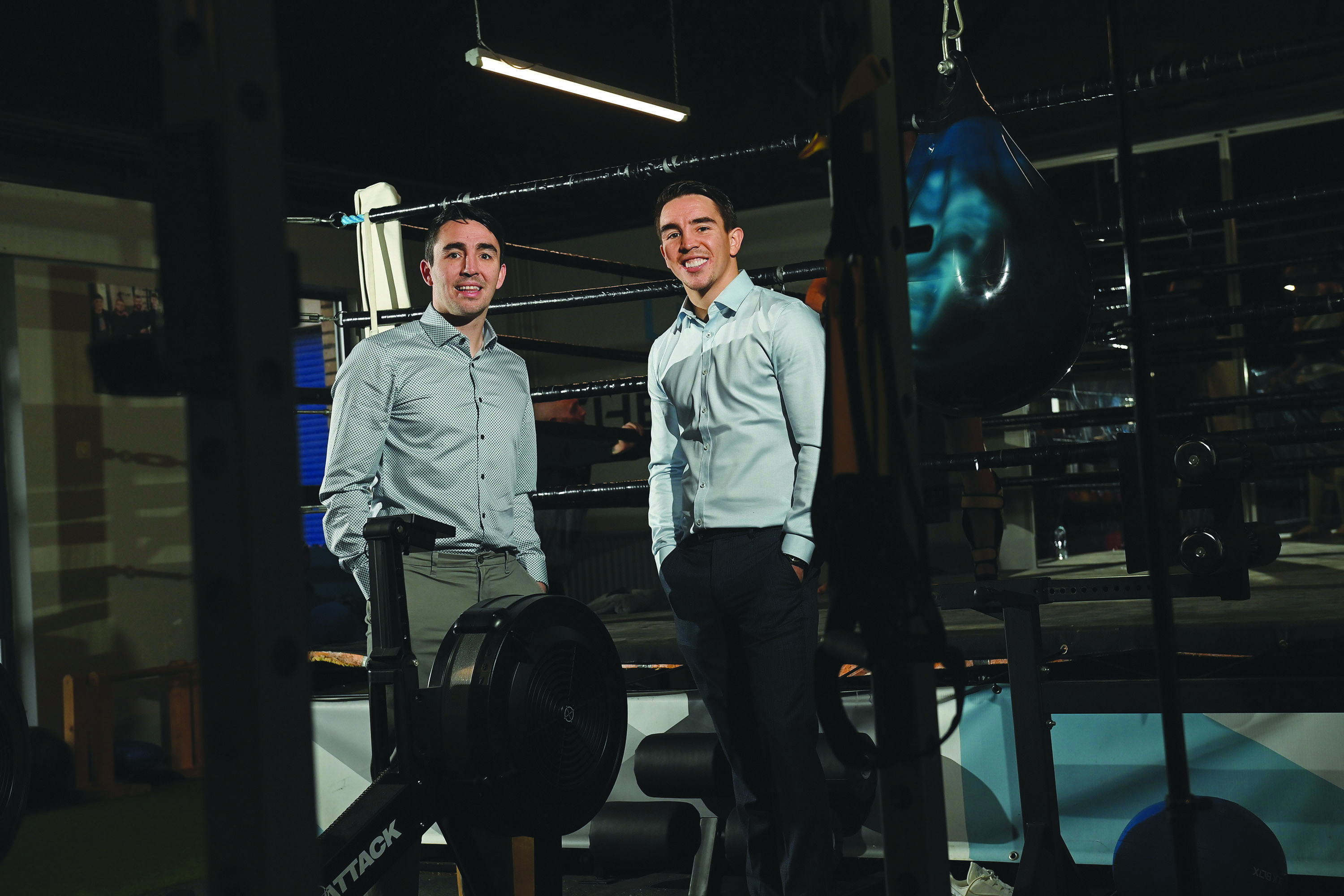 Conlan Boxing, led by Jamie and Michael Conlan, got off to a good start with last Friday’s sold out show at the Ulster Hall after August’s Féile blockbuster

BRINGING major fights nights to Belfast and guiding the cream of Irish boxing to the top of the tree is the mission statement of Conlan Boxing - headed by boxing brothers Jame and Michael - that held the first of a series of planned fight nights at the Ulster Hall last Friday.

In the unpredictable world of professional boxing, running a show is never without its issues and once such curveball came on weigh-in day when Jordan Latimer was a no-show for his fight against Owen O’Neill, but the North Belfast man did step through the ropes for an exhibition on a night that saw a sold-out hall and some excellent performances throughout.

The West Belfast siblings know the sport inside out with Michael set for a world title fight next year and Jamie a former pro and ex-Vice President of MTK Global where he learnt the business side of the sport from managing to organising and promoting events.

That wealth of experience will serve them well and while they jumped in with their first event at the Falls Park back in August, last Friday felt more like a full launch with their first indoor card and this week made their first signing in Tokyo Olympian, Kurt Walker.

“It’s exciting and something we’ve been speaking about for a long time,” said Michael ahead of Friday’s show.

“Jamie has gathered all the knowledge he needs over the past couple of years to do these shows.

“This is something I’ve always wanted to do anyway when I’m finished with boxing. I never thought I’d be a trainer, but thought becoming a manager would be good. It just so happens that this opportunity has fallen perfect.”

Doubling up as a fighter and manager/promoter can bring added pressure as first and foremost, there is the job inside the ring to prepare for while the promotion of a card is also there.

However, when it comes to his own fights, Michael will take a step back from the promotion and next year’s title fight against Wood will be promoted by Matchroom who won the purse bid that means the production is all down to Eddie Hearn and his team.

“The next one (Wood fight) isn’t Conlan Boxing anyway, so I can just focus on me,” Michael explains.

“When I’m fighting, he’ll (Jamie) be the guy taking the reins but this will be something I’m involved in and I am thoroughly.

“You can’t have your focus split. Every fight I have now is the biggest of my career until something happens and you lose, then you have to build yourself back up again, but that won’t happen for a long time.

“I’ll just focus on every fight and if that means I have to step back from this (promotion and management) then fine.”

Conlan’s trainer, Adam Booth, has experienced a similar scenario in the past when he was with David Haye who also ran his own Hayemaker promotional company, so will know how to keep his fighter’s mind on the job and not get caught up with anything other than what happens when the bell goes.

At the Falls Park, there were a huge number of issue to contend with including sourcing a new ring canopy late in the day as the previous company had already been booked up, but those issues all fall to Jamie when younger brother is fighting.

“The priority is always him and he shouldn’t be stressing and burning energy,” said Jamie.

“It’s tough but we’ve got to be big boys about it as we know what we’re getting into here.

“We ran the Féile but he was fighting, hosting the event and backing the event. A lot of stuff I didn’t want to see mess with his head before the fight which is tough because he wants to have two feet in, but I think he understands.

“With Booth (Michael’s trainer), Adam experienced the same with Hayemaker Promotions when Haye was still fighting so he has seen this from the different side before and is able to tell him to stay out of things when he has to.”

Last week's event was much more straightforward to host but it is still just the beginning of the journey for Conlan Boxing that has ambitions to turn into a real force in Irish boxing.

Both men have a deep understanding of the sport so will know what works and what doesn’t, but it is still a matter of trial end error for now as they new venture gains traction.

“With the Falls Park, we jumped straight in and were reacting to things a bit,” Jamie continued.

“Now we’ve had a bit of time to sit back and figure out what we want to do, but there are still some teething issues as we are still at the embryo stage.

“Everything is baby steps at this moment in time. Mick wants to go 100 miles per hour, but we have to take our time, make the right decisions and do the right things.

“I’m excited to begin the journey of a new fighter and getting Mick’s input because we have both seen the different sides of boxing during our career and marrying that together, I’m looking forward to seeing what we come out with.”

Many years have passed since the heyday of Barney Eastwood whose era of guiding fighters and bringing big nights to the city is the stuff of legend.

Conlan Boxing has a similar vision, but is keen to work with big promoters and major broadcasters to put Belfast boxing back to the forefront, while also having ambitions of spreading its wings by availing of existing relationships to push on and bring their fighters to into the biggest of stages.

“If we can emulate Barney and that’s the target, or even do half, you’d be doing well,” Michael pondered.

“If we can build fighters from the start and turn them into world champions, which I believe is a possibility with the talent we have here...

“We want to bring regular shows here with big promoters, not just Conlan Boxing, and have television coming in. That landscape has definitely changed and that’s what you want as it’s opened up massively.

“Even the connection we have with Top Rank, we could do shows in New York as the Garden wants to work with us.

“It’s baby steps at the minute, but there are so many things we want to do and the first signings will get the ball rolling.”