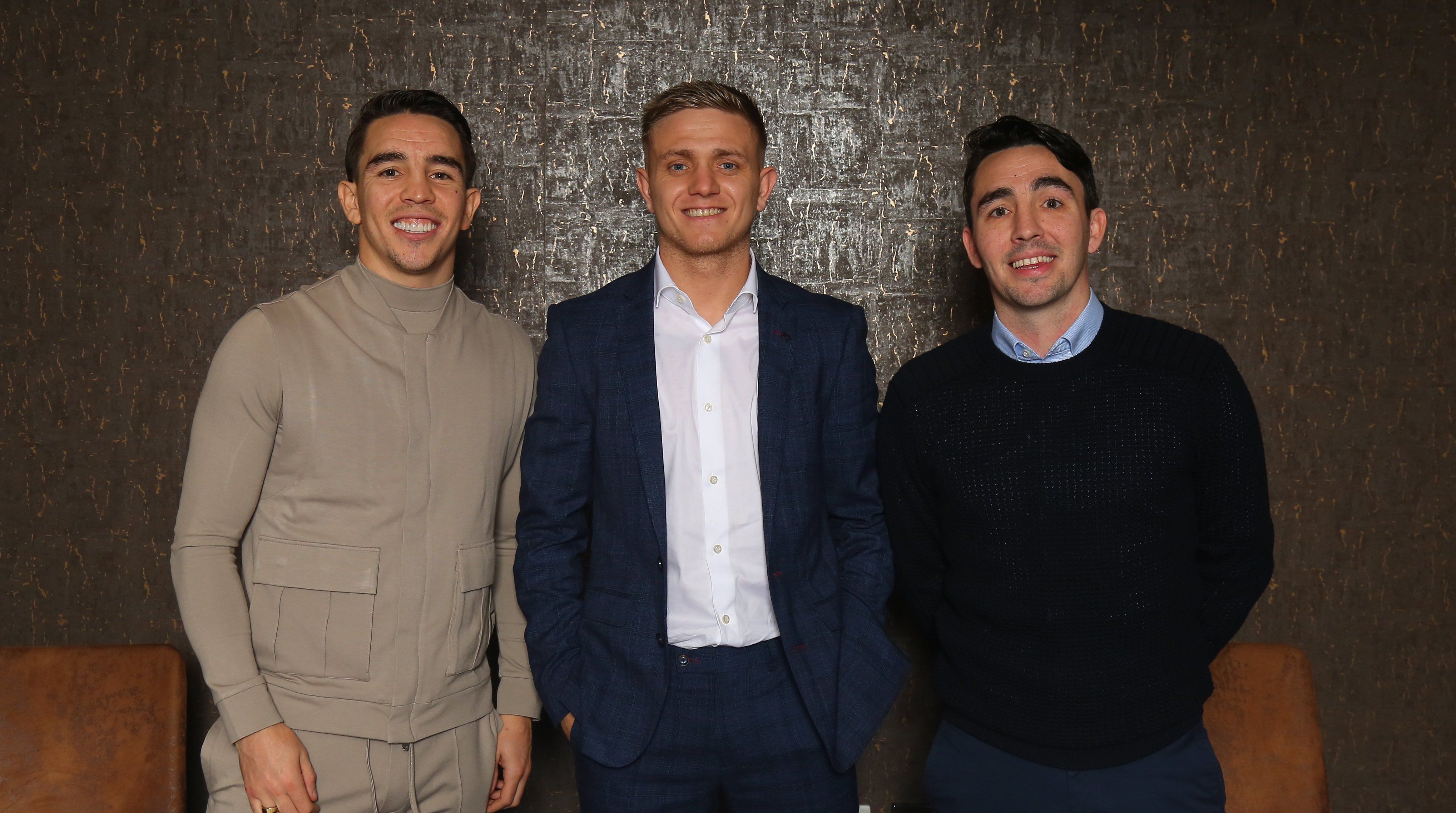 IT was the worst kept secret in Irish boxing and yesterday at the Grand Central Hotel, Kurt Walker was unveiled as Conlan Boxing's first signing as he leaves the amateur scene to pursue professional glory.

The Tokyo Olympian has also signed a promotional contract with Top Rank and will be trained by Adam Booth in London having decided to hang up his vest and pull on the eight ounce gloves.

Walker enjoyed a hugely successful amateur career, winning gold at the 2019 European Games and 2018 EU Championships, Commonwealth silver in 2018 and a bronze at the 2017 European Championships.

This summer, the Lisburn southpaw was hugely unfortunate to miss out on an Olympic medal as he lost out by the thinnest of margins in the quarter-final against USA's Duke Ragan who is also a Top Rank fighter who he could face further down the line as a pro.

The 26-year-old is expected to fight on both sides of the Atlantic due to his American promoter's ties with Sky Sports and it is anticipated he will make his debut in England next month.

Delighted to announce I’ve signed a professional contract! Biggest day of my career so far!Signed a management deal with @conlanboxing fully trust they will guide me to a world title!Also signed a long term promotional deal with the biggest promotional company in the @trboxing pic.twitter.com/CzbeIn9zm9

Turning over to professional boxing was something Walker had on his mind before flying out to the Olympics earlier this year and recently videos emerged of him train Michael Conlan - who will manage his career with older brother Jamie - at Booth's gym.

While yesterday's announcement will have come as no surprise, the former Canal amateur admits it was still difficult to leave the Irish amateur set-up behind.

"When I got beaten, the next few days I was thinking I could stay amateur for the next Olympics, but that's just a wee bit of fear of actually making the decision," he said at yesterday's press conference.

"When I got home and settled back, I knew what decision I was going to make. The hardest part is just actually making the decision because you're going away from everything you know and it's a bit of a risk.

"I enjoyed myself and loved every minute of it so I want to thank all my amateur coaches, but I just think it was time for a change. It is really like a new sport so I can't wait to see what it's like when I make my debut."

Conlan Boxing negotiated the promotional contract with Top Rank and company directors, Jamie and Michael, say they are thrilled to have captured the signature of Walker who they believe can go onto achieve great things in the sport.

"I believe he is the most prolific Irish boxer since 2016," said Jamie.

"He has been a consistent presence on the podium for our national teams and performing at every Elite major (tournament). I thought he was the standout Irish male in Tokyo, beating the reigning world champion.

"For us, it's a big coup as we have one of the best boxers coming through and one who we would like to build this company around."

⚡️The start of something special

Welcome to the team, Kurt 👊🏼 pic.twitter.com/nTcQtzNltl

Michael will train alongside his fellow featherweight at Booth's gym and he believes his former Irish amateur team-mate is a potential star and one who he was keen to sign to his new company.

"He is the one fighter from the (Irish) team who I said I wanted to get. He has always been a friend of mine and potential opponent throughout the amateurs.

"I believe he has all the talent and ability to go and win big titles in the professional game. It is going to take time to change his style, but I believe he is a top-class talent and I think we have a superstar on our hands."

Walker acknowledges he has a long road ahead but will be in good company in the gym as Conlan embarked upon the same journey four years ago having enjoyed an illustrious amateur career.

The Belfast man is noted for his work ethic in the gym and he will be there to not just guide as a manager, but as a fellow pro who knows what it takes to get to world level.

With Booth helping him make the transition into professional boxing, Walker couldn't be in better company and while he admits his first few sessions were something of a shock to the system, he is excited for what lies ahead.

"If I can train anywhere near as hard as he does, I'll be alright," he agrees.

"I don't think there is anyone who trains harder and he makes me do it as well, so it is a bit of a nightmare at the start when you're not fit.

"There is a lot of work needs done with me like head movement as I never really used that (as an amateur) but just tried to get out of the way (of punches).

"It took Mick nearly two years (to adapt) and hopefully it takes me shorter, but I don't mind learning with each fight - I'm not going to rush anything. I just have to get used to slowing down and picking my shots."