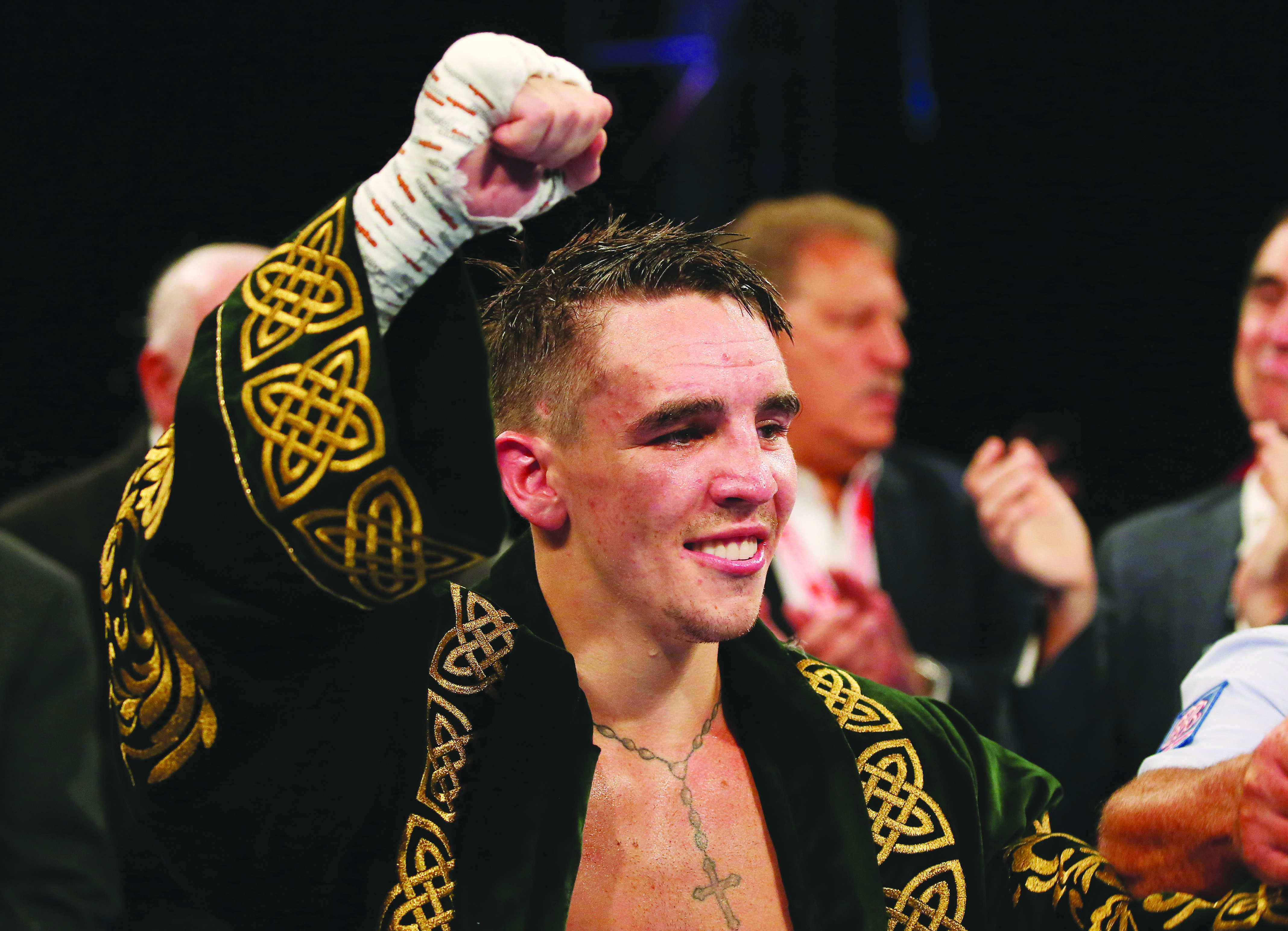 Michael Conlan will top the bill against an ex-world champion at the Féile Fight Night on Friday, August 6 INPHO

THE Falls Park will once again be rocking with boxing fans on Friday, August 6, as Michael Conlan tops the bill in what could be his last fight before a shot at the world title.

Should he prevail in August, the West Belfast super-bantamweight is expected to be made mandatory for the winner of September’s unification clash between WBO champion Stephen Fulton and WBC king Brandon Figueroa.

Before that, there is still a little bit of work to do for Conlan who will return to the scene of a special night back in August 2019 when he stopped Diego Ruiz in front of a bumper crowd as part of Féile an Phobail.

The hope was to return last year, but the pandemic put paid to those plans, but with the situation improving, the time is now right for Conlan to fight back at home with fans returning to sporting events.

Social distancing will mean that capacity is likely to be capped at 7000, less than two years ago when 10,000 were in attendance.

Prior to the pandemic, organisers had been given the green light for up to 15,000 fans, but that is obviously curtailed due to Covid-19.

“Tickets will be like gold dust because the last time they went in two hours and there will be a real appetite for people to get to a live event,” said MTK Global Vice-President Jamie Conlan, Michael’s brother and manager who is one of the event organisers.

“We haven’t announced anything officially as we just want to make sure that everything is in order.

“This isn’t like any other show as we are in unprecedented times, and we will be the first to break back into a live audience.

“We’re just making sure everything is above board and then will hope to announce something at the end of this week or early next week.”

Conlan will face a former world champion whose identity is unknown as we go to print, but it will be another step-up from Ionut Baluta who the West Belfast man defeated back in April by way of a majority decision.

That was a tricky task against a highly awkward opponent who was aggressive throughout and threw punches from all angles, but having come through that, the bar is to be raised again.

“The level of opposition is somebody who has been a world champion and who has mixed it around world-class fighters,” confirmed Jamie who is a former world title challenger himself.

“This is at the next stage in the development as we know we are one or two fights away from the world title fight.

“As soon as you fight for that title and become world champion, every fight will be elite level, so he needs this as the next stage in the process.

“It’s a fight I’m excited for as he will have to be at his best to win as his opponent has had 11 or 12-weeks’ notice and had a full camp.

“I think it will be a good fight, a very technical affair and a really tricky night’s work, so it’s one to get excited about.”

Undercard
The British Boxing Board of Control have put a cap of nine bouts on the card, meaning that there is competition for slots, but Conlan has conformed some tasty match-ups are planned, including one for super-middleweight contender Padraig McCrory.

Tyrone McKenna will also be in action, but not against James Tennyson who has stated his intention to move into the light-welterweight division, while Sean McComb, James McGivern, Feargus Quinn and Callum Bradley are other names in the mix.

“I was speaking to Mark Dunlop (Tennyson's manager) last week, Pat Magee (Anthony Cacace's manager) and also our own (MTK) guys to make as many high-quality matches as possible,” he confirmed.

“We tried to make Tyrone and (James) Tennyson but it just isn’t the right time. Tennyson needs a bit longer at the weight to assess what way he is going to go about it, but we will have a good fight for Tyrone.

“We could really use 15 or 16 slots, but we have just to see what the best nine fights that we can make to be put on the card.”