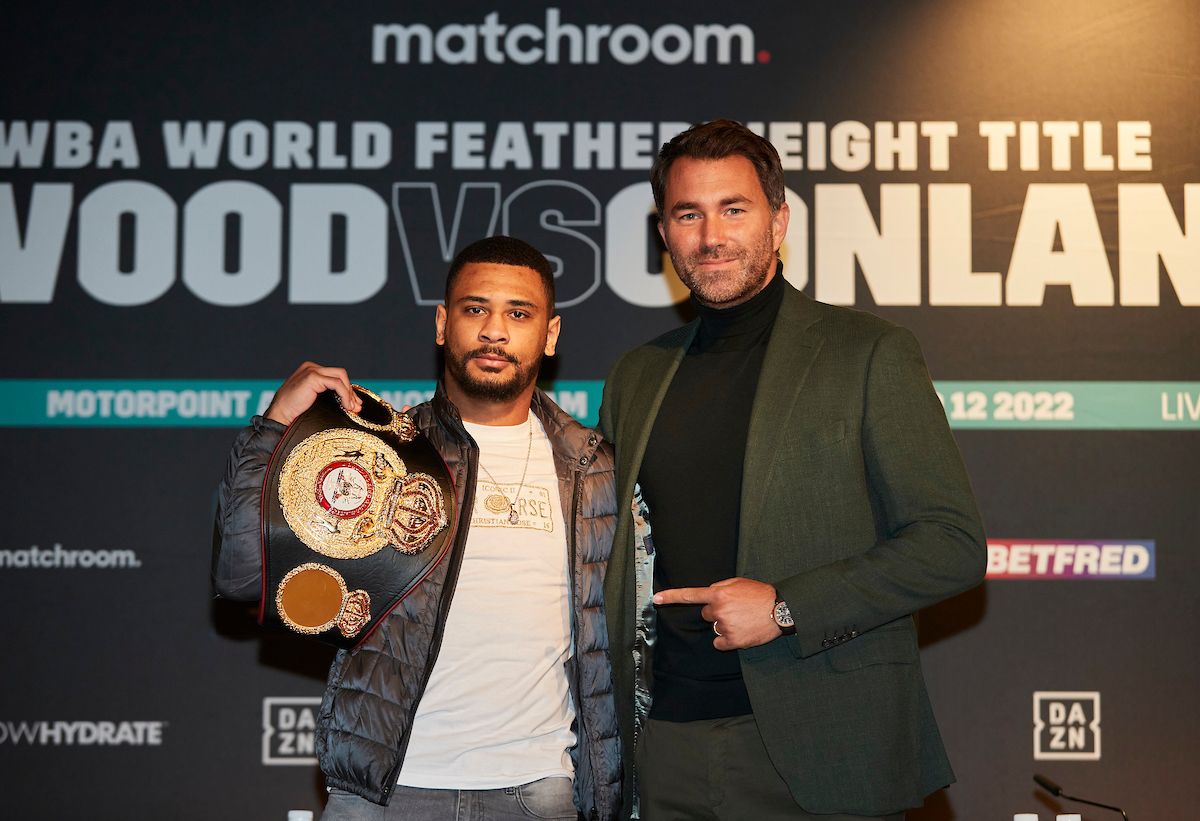 CAOIMHIN Agyarko's desire to headline a major card in Belfast will become a reality late this year according to promoter Eddie Hearn as he officially welcomes the West Belfast middleweight to the Matchroom stable last week.

'Black Thunder' fought and won his first professional title under the Matchroom banner when claiming the WBA International strap with a ninth-round stoppage over Noe Larios Jr in Liverpool last month that saw his record improve to 10-0.

He will enjoy a high slot on the undercard of Michael Conlan's world title challenge to Leigh Wood in Nottingham on March 12 that should raise his profile further and Hearn has confirmed that after another summer outing, he plans to bring the former Holy Trinity amateur back home for a breakout fight that could even be an all-Irish derby.

"With Caoimhin, the plan is to fight on March 12, a brilliant platform for him, fight in summer and then you would only come back here with a name like Gabe Rosado, Luke Keeler, Spike O'Sullivan - he needs one of those names," stressed Hearn at last week's Wood-Conlan press conference at the Europa Hotel.

"With Caoimhin, it's just a matter of will he be ready because he's only had 10 fights and wants those fights now.

"He's got bundles of talent, really exciting and saying 'I want a big fight in Belfast'. But I'm saying: 'listen, once  you fight on March 12, your profile will go through the roof'.

"People only have to watch him to se how exciting he is, but just let him go and when you make that jump you've got to be ready.

🗣️ “I'm looking to improve on the last win!“ - @caoimhinagyarko back out on the #WoodConlan undercard, March 12!

Hearn admits he slept in on the opportunity to sign the 25-year-old when he first moved into the professional code, but was not willing to make the same mistake twice as he won the Belfast man's signature late last year after an approach by manager Paul Ready.

With a fan-friendly style, Agyarko's reputation has been growing with each fight as he has cleared each hurdle with little fuss.

There is still a long way to go to reach the pinnacle of the sport, but with a world ranking secured and the backing of a major promoter and broadcaster in DAZN, 2022 could be the year when he breaks through to become a major star in his home town and beyond.

An impressive display on March 12 in front of a large travelling Irish support and those tuning in at home will represent another big step forward and Agyarko says he is ready to deliver.

“It was a great win for me last time out (against Larios), a great learning fight, an unbeaten opponent who came to fight," he recalled.

"Obviously, I could have performed better but thankfully I’m out in quick succession and looking to improve from that win.

“The Belfast fans have always supported me the amateurs and now into my professional career.

"I saw in Liverpool it was very noisy when I was fighting, and I expect the same in Nottingham – especially with Mick on the card. It’s a great card for me to be on, by the end of the year I want to be headlining shows or fighting back home in Belfast and giving them some great nights.

“I have said in the past that I’m a 10-fight novice, another two of three step ups and I’ll be ready to headline shows back home. I put myself in the top 15 in the world and that’s where I wanted to be by the end of 2021. Heading in 2022 it’s to go and get some names on the record.

“Every person at this press conference will be at the fight and plenty more. It will be a very noisy and I'll relish the moment, hopefully have a good performance and a good win.”