Boxing: Mixed fortunes for the Walsh siblings on semi-final day in Paris 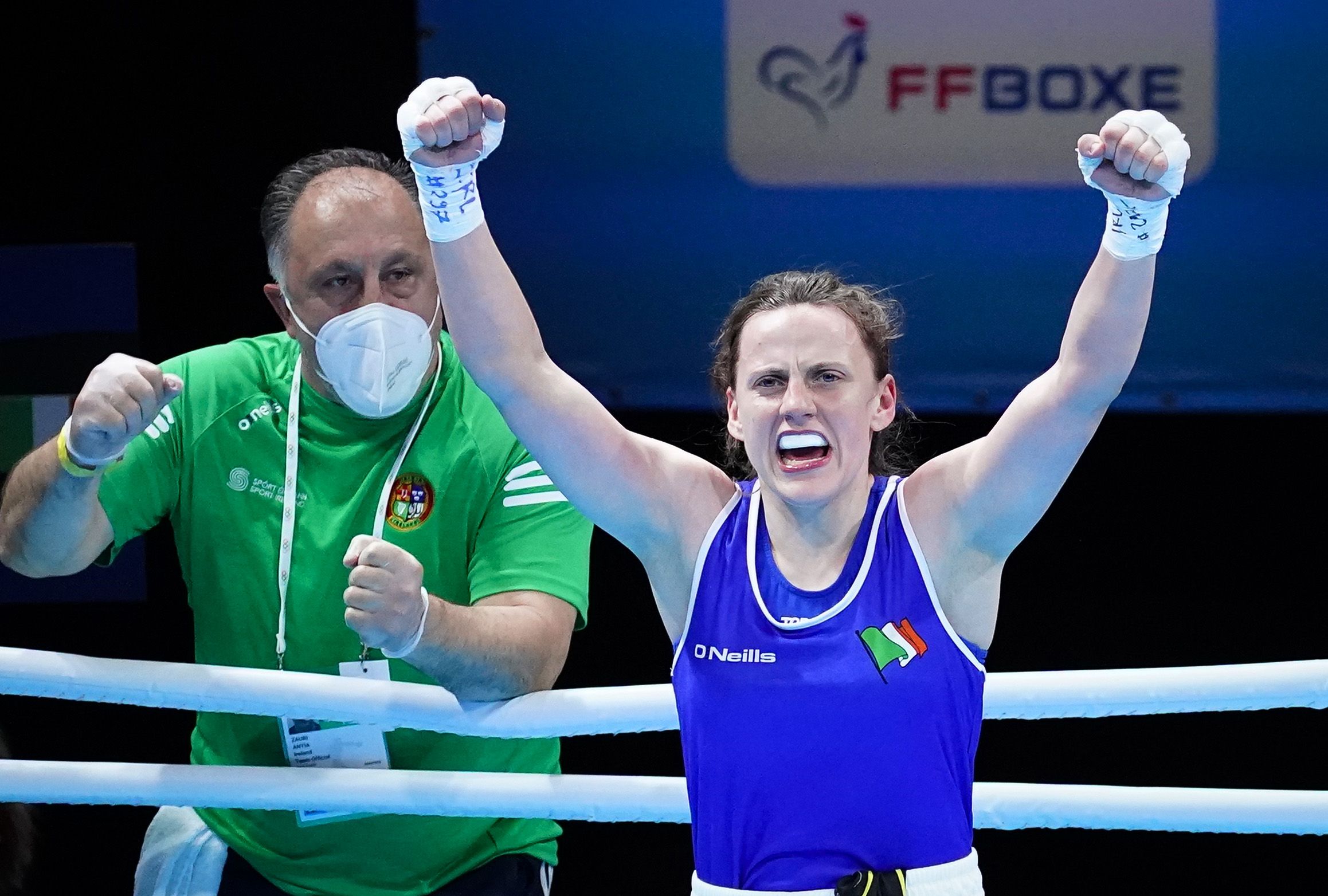 THERE were mixed fortunes for the Walsh siblings at the European Boxing Qualifier in Paris as Michaela advanced into tomorrow's women's featherweight final, whilst Aidan lost out to GB's Pat McCormack at men's welterweight.

The Monkstown ABC pair had already reached the main target of qualification to the Tokyo Olympics, but there were still medals and ranking points on offer with Michaela getting the ball rolling with a split decision win over Bulgaria's Stanimira Petrova.

It was a cagey opener with both trying to gauge what the other brought to the table.
The Bulgarian was coming forward, but Walsh was seemingly landing the cleaner blows although three of the five judges opted for Petrova.

Both fighters got in a tangle early in the second with the action up close for the most part, but Walsh landed a right at the end of the round. However, this wasn't enough as four of the five judges went for Petrova, meaning the Belfast woman needed a big final round.

She responded in kind as Petrova seemed more content to box on the outside with Walsh the boxer who was trying to force the issue, catching the Bulgarian with a counter left-right midway through the round.

Petrova did respond in what was another tight round, but Walsh had done what she needed to do as she swept the cards and this was enough to secure a 3-2 split decision win (29-28 x 3, 28-29 x 2) and advance to face Italy's Irma Testa in tomorrow's final.

An hour later, it was the turn of Aidan who was up against Britain's Pat McCormack and it was the man from Sunderland who just proved too sharp to win on an unanimous decision.

McCormack came out like a train and was in command throughout the first round as he rapier-like speed saw him get through with consistency, but was a little fortunate not to be given a warning for landing a couple of heavy shots after break had been called.

Walsh switched stances in an effort to confuse McCormack, but the Englishman was again mostly in command and landed a huge uppercut. The Belfast man did enjoy a better round and got the nod from one of the five judges, but McCormack was well ahead going into the last.

Walsh did try to turn this contest around by taking it to McCormack, but was one to counters and it was McCormack who made it through to the final.

Elsewhere, Kellie Harrington made it to the women's lightweight final with a unanimous decision win over Turkey's Yildiz Tsra, but there was disappointment for Aoife O'Rorke at 75kg as she lost out to Britain's Lauren Price.