Boxing: Murphy determined to finish hectic year on a high 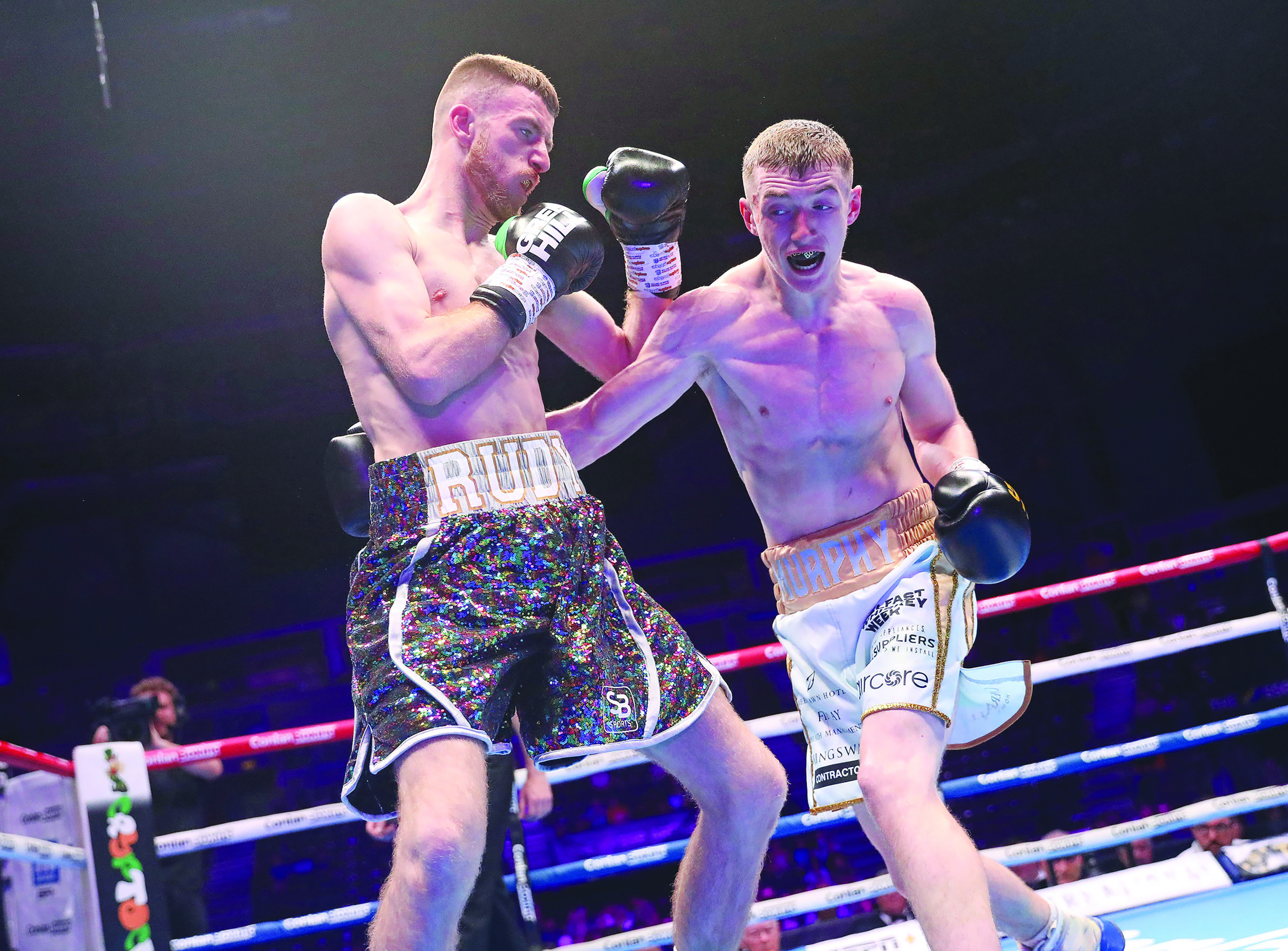 COLM Murphy intends to finish a hectic year on a high as he defends his BUI Celtic featherweight title against Liam Gaynor at Girdwood Community Hub on Saturday night (live on TG4).

South Belfast’s ‘Posh Boy’ began the year with a debut win under his belt, but has put his foot on the gas to improve to 5-0 including August’s victory over local rival Ruadhan Farrell at the SSE Arena that saw him claim the title.

That manic run he has been on since opening the year in March left him a little jaded heading into the Farrell contest, but having taken a well-deserved breather, he feels re-energised and ready to make a statement against the Dubliner who now resides in Bolton.

“I was flying from fight to fight and was never really out of training camp from fight number two until fight number five,” said Murphy who is juggling his boxing career with study.

“I was probably feeling it a bit more for that (Farrell) fight going in as I had to hold the weight down and then make championship weight.

“It was a great learning experience and I feel as though I did everything right and got the victory on the back of all that, so now I have the opportunity to defend my title in better circumstances as my body has had time to rest.”

The points win over Farrell on a card topped by Michael Conlan gave Murphy a taste of the big time and also what to expect as the assignments get tougher.

Used to fighting in a tiny ring on the small hall circuit, he had a lot more ground to cover to implement his all-action style and this is just one aspect of big fight cards he agrees he must get used to.

That fight took place early on the night before the TV cameras had begun rolling, but he gets his chance to announce himself to the wider sporting public this weekend as he will be front and centre of the coverage beamed live from the North Belfast venue.

“It was a bigger ring at the SSE Arena and I believe it’s going to be a bigger ring in Girdwood, so I need to get used to that jump up from the small hall to these circumstances,” he insists.

“I do feel like it will suit me and getting a taste for it will help me in the long run because I’m still only 22.

“I thought I should have been given the opportunity to fight on TV the last time and it was a shame that people didn’t get to see myself against Ruadhan. I’m sure we would have gained more fans and it would have helped the card too, but I’m looking forward to being on TV for this one and anyone who can’t make it, then tune into TG4.

“I think it (TV exposure) will help me down the line as I have a fan-friendly style of high activity. But I can also box and do everything now, so I think my talents will show.”

Gaynor arrives in Belfast with twice as many fights as Murphy, carrying a 9-1 record - the defeat a shock loss to Ed Harrison just before Covid forced sport to stop in March 2020 - but the Belfast man appears to be further down the road in terms of career progression. He has been in against better-quality opposition and is visibly improving.

Although Gaynor hails from Dublin, he is now based in England, so Murphy is dismissing the ‘Irish derby narrative’ and is more concerned about the job at hand.

“For me, he is coming from Bolton whereas I’m holding the ace cards with the venue and the belt,” he stressed.

“In my head, he is coming to take my belt back with him and it’s up to me to stop that.

“This is going to be another tough challenge. He’s 9-1 so is a lot more experienced than me. He’s older and has a family, so he will be in to fight for them and being that belt back to Bolton, but unfortunately, he has to step through me and I’m not going to allow that to happen.

“He turned pro before Covid but I have had more fights since then. I trained my heart out all the way through the Covid period and I think that will show on the night.”

Murphy is tipped to prevail on Saturday and should that transpire, then it opens the door to a very exciting 2023 where his target is to push on, climb up another level or two and then earn a crack at the Lonsdale Belt.

But none of that will happen unless he gets the job done and for now, Gaynor is the only man occupying his thoughts.

“I could have another eight-rounder next and then could push on,” he continued.

“I think these next few fights can lead towards a British title and that’s something I’d like to aim for.”

As well as Owen O’Neill versus Owen Duffy for the BUI Celtic light middleweight title and Conor Quinn’s outing against Mikey Young, the remainder of the card will see John Cooney take on Engel Gomez over six rounds at super-featherweight, Dominic Donegal look to bounce back from defeat to Duffy against John Cook at middleweight and David Ryan make his debut against Brayan Mairena at lightweight.