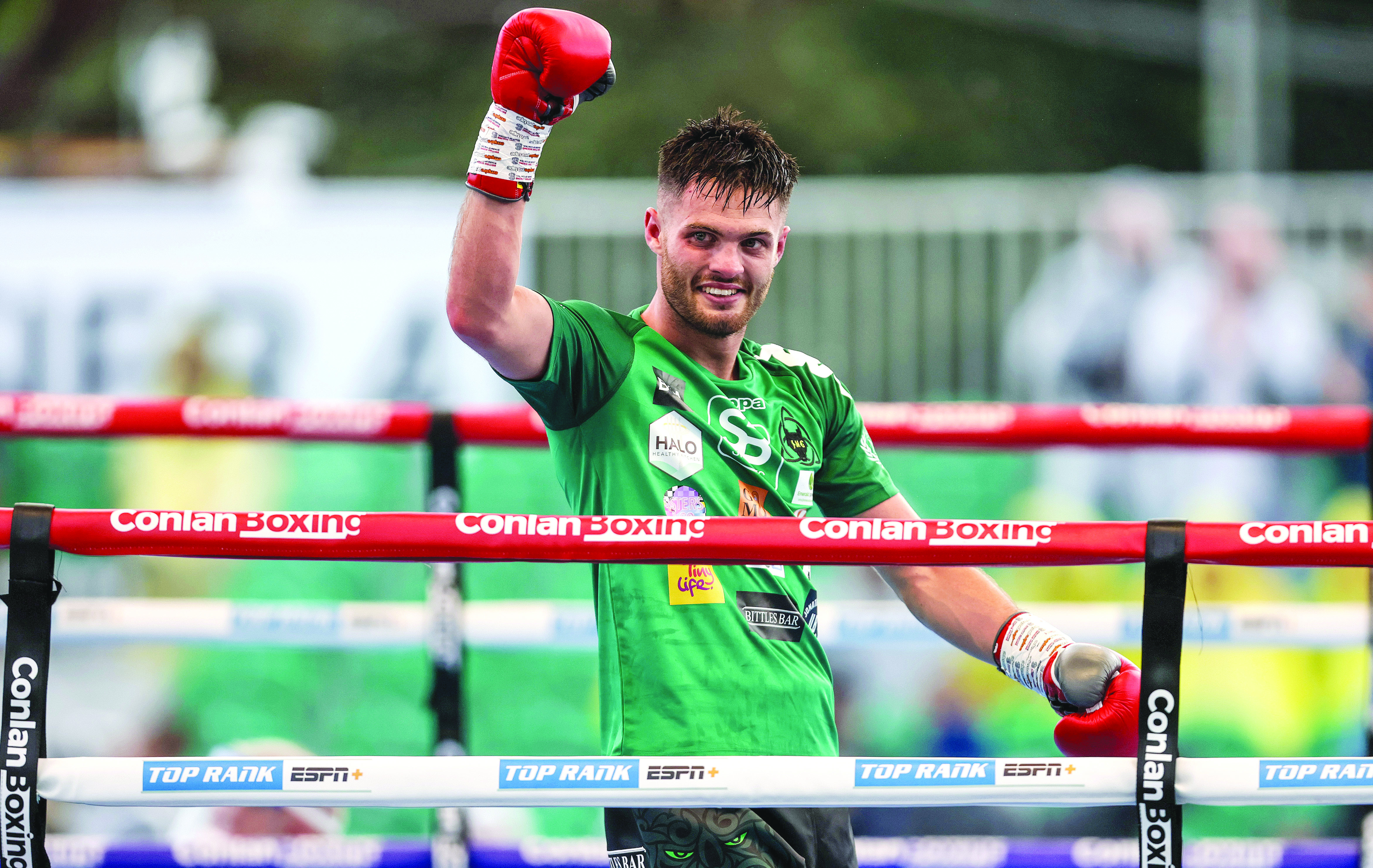 THERE are fights on home soil and home fights, and on Friday James McGivern will enjoy the latter as the Lower Ormeau man will make the shortest of journeys to the Ulster Hall for his fourth professional fight and a first at the Bedford Street venue since his 2019 Ulster Elite title win.

McGivern enjoyed a first professional fight in front of a crowd when easing past Ed Harrison at the Falls Park in August but says the short stroll to the venue on Friday will be extra special.

Having began his career with two wins behind closed doors, boxing back in front of a crowd felt like a second debut and this week he is looking forward to putting on a show in what is a homecoming to South Belfast.

“This is literally home for me because if you were a good thrower, you could hit the Ulster Hall from my house,” he said.

“I remember the year I won the Ulster Seniors the first time (2017) I went to the boxing club (St George’s) first and walked to the Hall, so this is veery like a homecoming for me as it’s my neck of the woods.

“Obviously, the Falls Park is in the wild west, so this time I can even walk to the fight - is there any point in paying a taxi fare?”

‘The Natural’ is one of the city’s rising stars and those inside the venue on fight night will get another glimpse of a man who is starting to build up a head of steam.

With the boxing schedule beginning to return to a sense of normality with shows now back on a regular basis, McGivern can now begin to get a bit of traction and he wants to be kept busy, hoping to fight again before the end of the year should all go to plan on Friday.

“Covid isn’t gone, but it’s a bit easier to try and get a head of steam here and fight every couple of months,” he notes.

“Every time I text Jamie Conlan (manager), I bust his balls and send him a list of questions. I’m sure when he sees James McGivern popping up on WhatsApp he’s probably thinking ‘ah no, not again’, but this is what you have to do.

“I’m in the gym all the time so I’m hoping now I get that head of steam to roll into next year and the year after, then see what happens.”

Friday’s opponent is Russia's Rustem Fatkhullin and McGivern knows that scoring a stoppage will not be an easy task, but should the chance arise, he is only too happy to take it.

This could also be the southpaw’s last at six rounds before pushing onto eight and with that will come stiffer challenges, but also higher rewards and he is keen to push on a level going into 2022.

“My next fight might be eight rounds so I’m happy enough to do another six just to get the rounds in,” he confirmed.

“If I hit him and wobble him, of course I’m going for it (finish) but another six rounds will be helpful.

“There was talk of doing eight, but my dad (and coach, Jim) said to just do another six rounds this time so we will be ready for the eight when we do go for it.

“This guy is going to come and will be hard to hit, hard to knock out because I know he has a head like a brick, but I’m ready to go.”