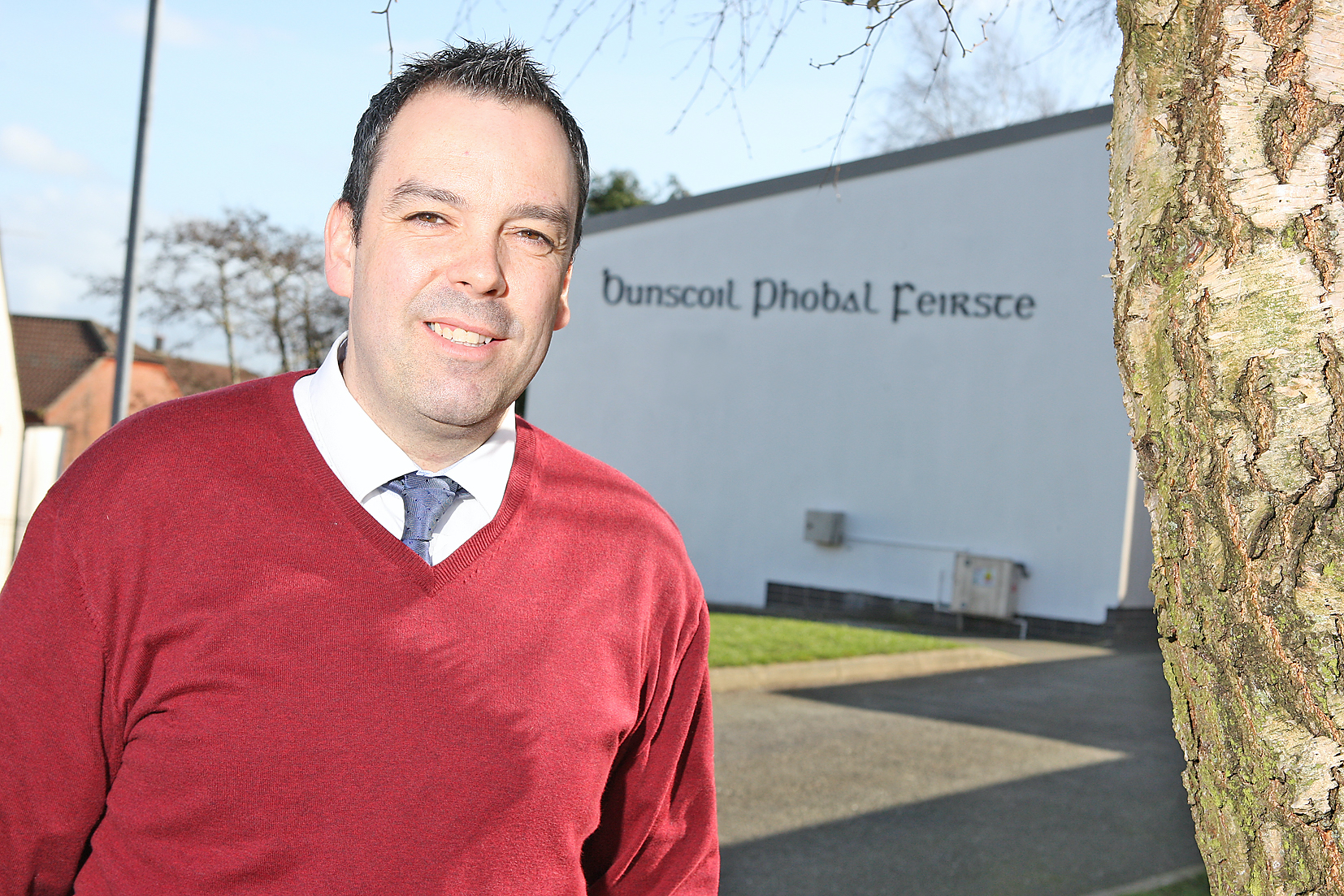 A BIG-HEARTED Bunscoil Phobail Feirste pupil has donated an extensive collection of books to his school’s library.

Rang 7 student Tadhg Mac Manáis, an avid and bilingual reader, donated the books to thank the school for his years there before he heads to St Malachy’s College in September.

His parting gift will help the school as it continues to foster a love of reading in its pupils through the ‘Accelerated Reader’ (AR) programme.

With encouragement from the fantastic staff at An Bhunscoil, Tadhg has read over six million words through the programme, making him a six-time ‘AR Millionaire’.

His selfless donation of designated AR books will now encourage others on their way.

Praising Tadhg for his “fantastic” gesture, Bunscoil Phobail Feirste Principal Séamus Ó Tuama said: “There’s a whole connection between the school, the parents and the pupils and Tadhg’s donation of books for the children coming behind him is just another element of it.

“For that wee lad to show such leadership and such selflessness before he moves on was amazing. It’s fantastic.

“The goal of the school has always been about getting the best out of every pupil and preparing them for the next stage in life, and our P7 cohort is now moving on.

“Obviously the majority are going to Coláiste Feirste but wherever they go we want them we want to prepare them as best we can.

“Now they’re flying the nest and the school has done a great job. It's not just about academia, it's our drama, our sport, and everything else.”

He added: “We had a really special cohort this year, as we do every year, and they achieved so much for the school in such a short year.”

While Tadhg and his classmates had their final year of primary school cut short by the Covid-19 pandemic, it was a year marked by sporting, drama and learning success.

With a renewed focus on online learning, the pupils were able to avail of invaluable resources provided by the West Belfast Partnership Board and St Mary’s University College.

As Rang 7 move on to “pastures new,” Séamus said that Tadhg’s book donation means the school can commit more resources to online learning for the pupils coming behind them.

“It's a small gesture from Tadhg, but it's huge in terms of what it means for our pupil,” he said.

“I think it's fantastic.

“There are so many good things being done by parents and children and Tadhg’s gesture is a measure of the kid.

“All our kids love school and this gesture just shows their feelings to the place and their attachment to the place.

“The thing about our school is that you never really leave it. Even when they go on to pastures new, our past pupils want to come back whether it’s work experience, as parents who want to send their kids here, or coming back to work here as teachers or classroom assistants.”