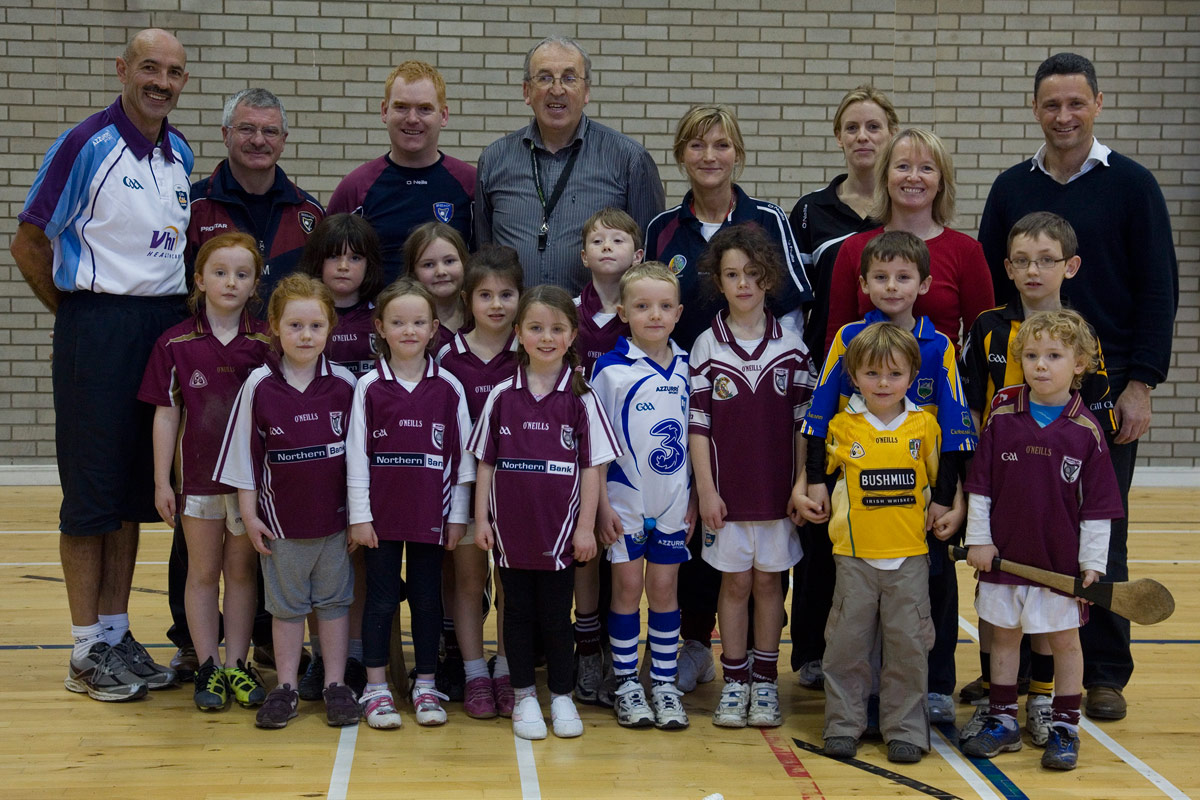 Bredagh’s U10 hurlers were invited to play in a mini blitz at St Gall’s on Saturday morning. They had two highly competitive games against éire óg and the host team with the standard of hurling excellent despite the damp conditions.

The boys from Derriaghy provided strong opposition but Bredagh had just too much finishing power.

Mel Lavery, Tiarnan Quinn and Evin Maguire excelled at the heart of the Bredagh defence. Patrick Broderick, Conn McFarlane and Tiarnan Sheehan controlled the middle sector and up front Jude Lundy was on fire, banging in a hat- trick of goals.

He had great support from Lughan O’Hare and Jamie Curran and also Sean Hughes who showed his accuracy from frees and open play.

Bredagh were well in control by half time, ahead 2-02 to 0-01, the goals coming from the sticks of Lundy and Hughes.

They stayed focused in the second half, the highlights of which was the completion of the Lundy hat-trick and a brilliant long range point from Sheehan.

St Gall’s have improved considerably over the season and this was a very tight contest between two skillful and totally committed teams.

Goalkeeper Jacob McDonnell was superb, pulling off a string of spectacular saves.

Aaron Patterson marshalled the defence quite brilliantly and Tiarnan Sheehan was a powerhouse at midfield.

Sean Hughes was clinical in front of goal, accounting for all of Bredagh’s scores but could not have done it without the support play of his teammates.

Bredagh trailed 1-2 to 1-1 at the break but in typical fashion raised their game in the second period, restricting Gall’s to a single point and cracking home 2-1.

A great performance from both teams who will meet again next week in the St John’s Tournament.

On Saturday nearly 90 children took part in the launch of Bredagh’s Paudie Butler Academy of Hurling and Camogie at Aquinas School Hall.

The Academy is a specifically designed play programme for boys and girls from ages 4-8, helping them learn the multiple skills of hurling and camogie in a healthy, safe and enjoyable environment.

At Saturday’s launch, hurling evangelist, Paudie Butler, assisted by former Wexford hurling star, George O’Connor, put the children and parents through the paces in an hour of skills and drills.

Butler was delighted with the attendance and impressed with the range of skills and determination of all involved.

“Bredagh GAC are to be commended on this initiative, which is designed to attract children not just to the games of hurling and camogie but to enjoy an hour of exercise and fun,” said Butler.

As Paudie stressed in his opening talk, a key part of the Academy is the involvement of parents as coaches, mentors and helpers.

One of the standout memories of the launch for the chair of Bredagh’s hurling committee Eamonn Mulvenna was “to see all of the parents taking part so enthusiastically as encouraged by Paudie’s and George’s orders. We hope to see much more of that enthusiasm and involvement over the next few weeks.”

The Academy will now run every Saturday from 12-1pm with a £2 cover charge at Aquinas School Hall (Knock Eden Park entrance). Bring your hurley and helmet and if you don’t have one, we have some. All are welcome, not just children and parents but anyone in the local area who would like to help out or get involved in a coaching capacity. No experience necessary but be prepared to get involved.