Call for free school meals for all pupils 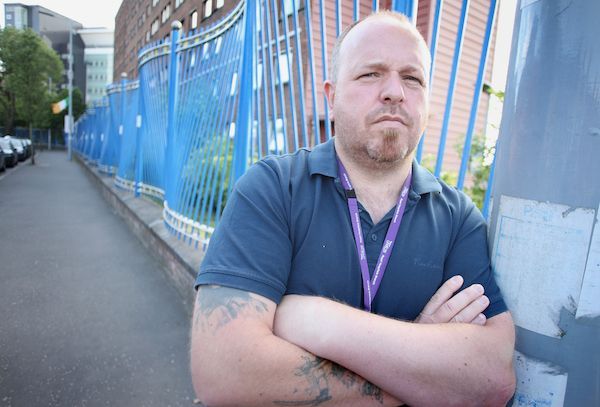 INITIATIVE: Union’s Conor McCarthy is calling on Stormont to bring in changes

A PROMIENT union official has called on the government to implement free school meals for all children to offset the impact of the £20 cut to Universal Credit.

The Department for Communities has submitted a bid for funding to cover the Tory government cut to the £20 Universal Credit uplift, which was introduced in response to the pandemic.  It is understood that an initial bid of £55million has been submitted to come from Stormont's October monitoring round, which sees the reallocation of Executive funding.

Unison's RVH and Muckamore Branch Secretary, Conor McCarthy, said the Executive should look for a permanent solution to lift people out of poverty.

The trade union Unison recently launched a campaign for free school meals for all children, which they say will lift people out of poverty and end the stigma around school meals.

"We think some pragmatism came into the argument. The Department put a bid in to the Executive for £55 million to continue on with it, but when you continue with it you can't make it temporary, you need to make it permanent, because you'll always need the funding again – you're just kicking the can down the road.

"One thing that we think is sustainable and something that would mitigate against the cut in line with the anti-poverty strategy is to make school meals free. This could save £20 and more for families. For one child it's almost £20 per week. If you've got more than one child – and bear in mind you get no support after a third child – that could be the guts of £60-odd a week. If you introduced free school meals then that would go a long way to help soften the blow for those on Universal Credit.

"The icing on the cake would be that the Stormont departments could get together and go further. They made transport free for health workers during the pandemic, which was really appreciated, so why not make school transport and meals free for schoolchildren? That way no working families on tax credits or the working poor would have something much more long term and sustainable in place."