Calls grow for PIP and Universal Credit to be scrapped 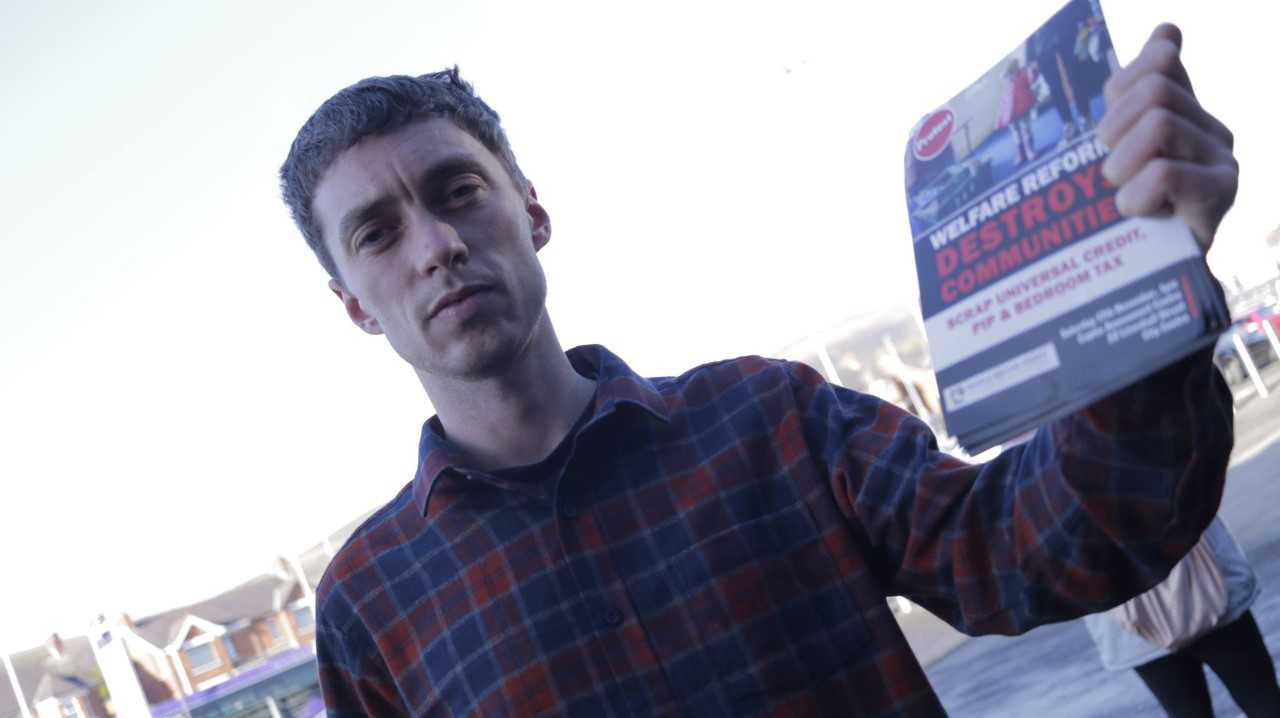 ANGER: People Before Profit Colin Representative Michael Collins is calling on people to join the protest

A PROTEST calling for controversial PIP and Universal Credit schemes to be scrapped is taking place outside the Capita Assessment Centre in Belfast this weekend.
The protest comes in the wake of heightened public scrutiny surrounding the introduction of PIP and Universal Credit.
Urging residents to join in the protest People Before Profit Colin Representative Michael Collins is calling on people to join the protest against the ‘callous and inhumane’ assault on benefit claimants.
“It is now three years since Sinn Féin and the DUP voted for so- called Welfare Reform, including PIP, Universal Credit and the Bedroom Tax”, said Michael.
“At the time we were told by the big parties that they had “blocked” the Bedroom Tax. Now, however, it is clear that the Bedroom Tax is here, and it is hitting working class communities like West Belfast hardest. For example, the number of people paying the bedroom tax in West Belfast has trebled over the last 6 months."
“The introduction of PIP and Universal Credit, too, is seeing many of our vulnerable losing out. The PIP process is particularly shocking, with all former DLA claimants being forced through a highly stressful and degrading examination, often to find their benefits reduced or taken away altogether.”
“Welfare Reform is designed to take money straight from the pockets of those on the lowest income, while the rich continue to get richer. These policies are straight out of the Tory playbook and were disgracefully endorsed by the two big parties here."
The protest will take place outside the Capita assessment centre in Linenhall Street this Saturday at 1pm.