Camogie: Rossa girls aiming to return to the Intermediate final 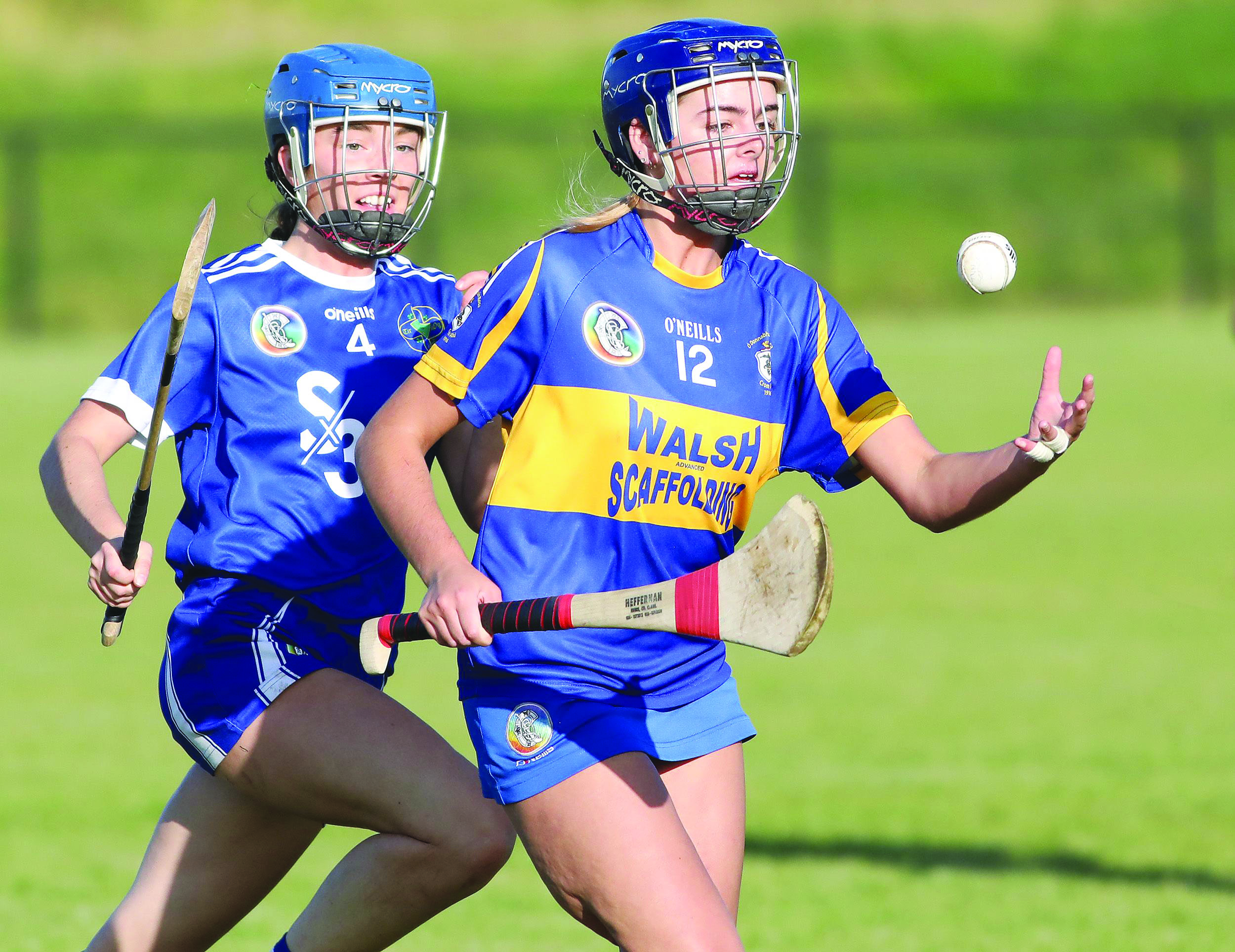 A RETURN to the Antrim Intermediate Camogie Championship final is the prize on offer for O’Donovan Rossa on Sunday when the city side makes the trip to Ballymena to face Cargin in the semi-final (1pm).

Both clubs had impressive quarter-final victories, with Rossa getting the better of Portglenone with a 1-11 to 0-8 win, while Cargin stunned Bridíní Óga with a 3-10 to 3-9 win.

Those results set up this weekend’s semi-final nicely with an added sub-plot of Rossa manager Chris McDonnell having served as best man for Cargin manager Eamon Grieve.

That friendship will be parked for the hour as both clubs look to reach the decider with Rossa still reflecting on last year’s final defeat to Tír na nÓg in a replay as one that may have got away.

Therefore, the Shaws Road club will be eager to make a return to the decider although it is likely the victor will be waiting to find out the identity of the opposition.

That is because a replay of the quarter-final between Creggan and Ahoghill has been ordered after what a appeared to be an error in the recorded score in normal time when it seemed a point for Ahoghill had been credited to Creggan and the game went to extra-time and penalties that Creggan emerged from.

The upshot of that is a replay has been ordered and therefore the competition is now set to run later with the second semi-final between Loughgiel’s reserves and the winner of the Ahoghill/Creggan saga now likely to take place next week when the final was due to be contested.

“The first day, it was nip and tuck, conditions were bad and then the second day we just froze and didn’t get going at all. The girls felt they didn’t do themselves justice and it was just one of those ones. I think I must have thought about that every day until Christmas.

“That did give them a wee bit of experience because the last time we won senior was 2013 and since then it’s been about rebuilding. At Intermediate, it gives you the chance to blood some of the younger girls.”

Rossa will enter this game missing several due to injury including Eimear Byrne who suffered a fractured jaw and broken cheekbone during last weekend’s victory.

However, this year has seen many of those new faces given their chance and given they have been playing in the Intermediate Championship and Division Two of the league, it has been much easier to try out new players.

“We are definitely going in at a disadvantage with the injuries, but the younger girls are stepping in and getting their chance,” McDonnell added.

“We maybe couldn’t have blooded them if we were in Division One, but can in Division Two where we are much more competitive.

“Intermediate is the level where we are at, but after last year’s disappointment, it gives us the motivation to get back into the final and have another crack at it.”

Rossa defeated Cargin in last year’s Championship at the quarter-final stage, but the girls from Toome look a much different prospect this time as they have won Division Three before scoring last weekend’s stunning victory over Bridíní Óga.

They have also been able to bring several players in from Moneyglass who are fresh from the Ladies Senior Football success, so will be a tough challenge for Rossa this week.

“They have a few girls in from Moneyglass so there is a winning culture about them at the minute.”

This weekend will also see the quarter-finals in the Junior Championship with St John’s v Armoy set for Sunday at 2.30pm at Corrigan Park.