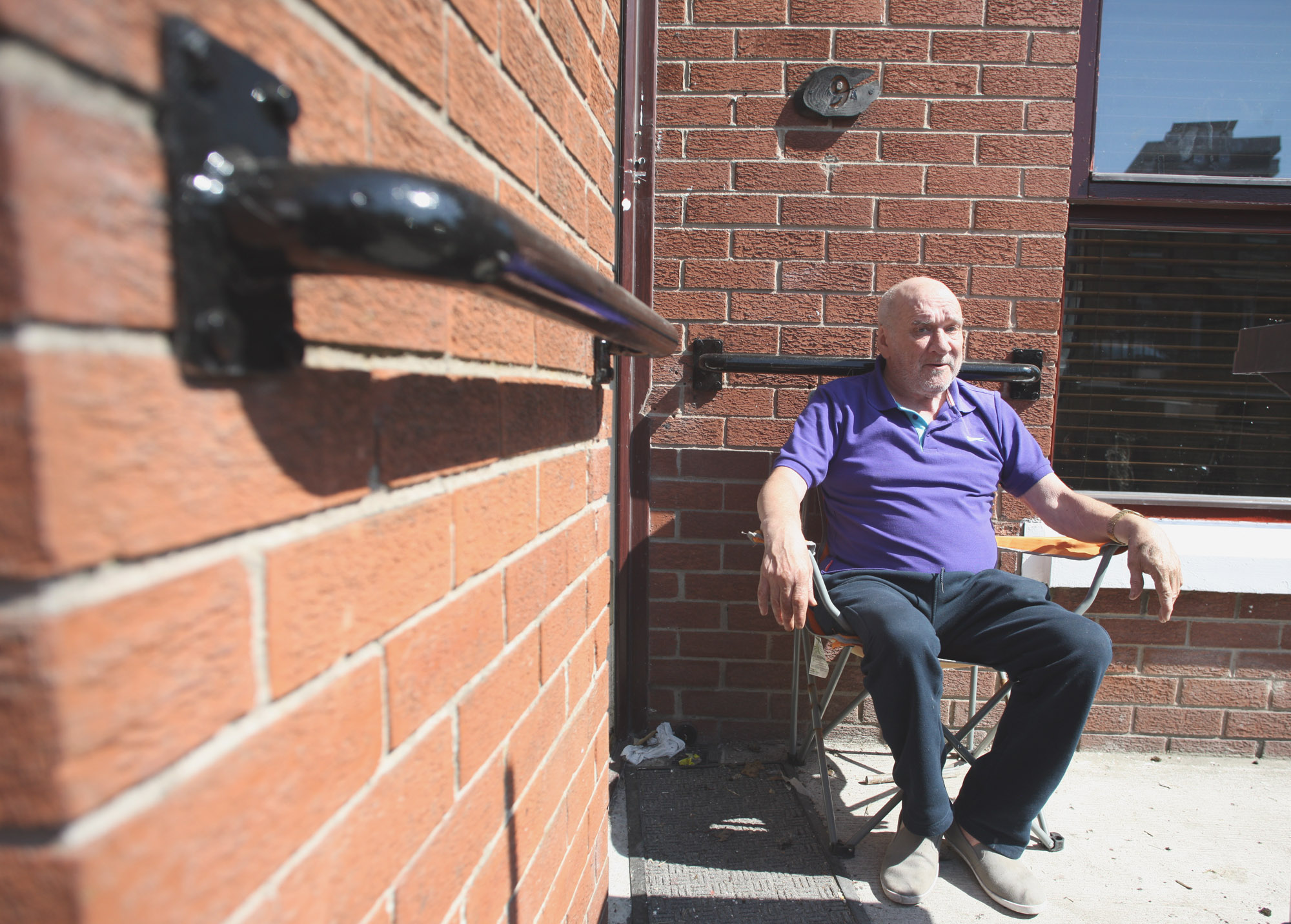 A NEW Lodge cancer patient has told of a sickening assault he suffered when he was viciously beaten with a bottle. 62-year-old Sean Benson was sitting outside his home last Tuesday when the assault took place.
In an unprovoked attack, Sean said a woman began verbally abusing him before beating him around the head with a whiskey bottle.
“I was sitting at my front door because it was a nice evening, and she started calling me names,” he said.
“I think she was drunk at the time. Then she came over and beat me with a whiskey bottle. Then later on she started a fight with one of the neighbours.
“I’m not well – I have cancer – and she was shouting and saying that she was going to tell my doctor that I’m not sick.”
He continued: “I think she did it because I’m an easy target. It was agony, and I have bruises all over my head. I’m a nervous wreck, I’m completely paranoid, and I still feel on edge. I’m afraid that she might come back.”
Chris McMahon, a neighbour who witnessed the assault, described how the woman returned a short time later and “ransacked” Mr Benson’s house.
“She went back to the house when he left and she ransacked the place,” he explained.
“She was stealing things out of the house, but one of my neighbours confronted her and she attacked him. She then broke into a workman’s van and took a bar to Mr Benson’s door.”
Mr Benson added: “She took bags of stuff out of the house, my coat, my passport, and my guitar, but I’ve got most the stuff back.”
A PSNI spokesperson said: “A 36-year-old woman appeared before Belfast Magistrates Court on Friday 24 May charged with burglary, criminal damage, common assault and assault on a police designated person.”